I posed the question “Are you recovered?” in my Kentucky Derby MiniMarathon recap last week in reference to how many times I had been asked it since I finished my 350 mile along the Oregon Coast. As this week at the New Jersey Marathon answered “Nope.” 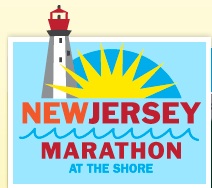 That may be simplifying the answer but we are in the 140 character Twitterverse these days. Perhaps I listened to too many friends who are too eager to tout recovery skills which I possess but may have been exaggerated. Maybe I just wasn’t ready to push a sub-3 hour marathon pace just yet and as I preach to all who listen, I should not have started that fast.  All I know is that regardless of how the energy ebbed from my legs in the final 10k of this marathon, I know it is one that should be on the list of all runners.

So much goes into putting together the simplest 5k and many runners are simply unaware of what that is.  In a recent article in Running Times, the crux of writing was how to get more runners involved in the sport as fans. The problem is that running, because of its egalitarian nature, is far more a participant sport these days than it is a spectator sport.  This is a shame for a multitude of reasons, not the least of which is runners do not appreciate so many of the nuances that make a race a good one.

In a different time, I was interviewing to be in the CIA. Basically, if I did the job I was supposed to do, you would never know I did it. I found it akin to offensive lineman in NFL.  Toiling in anonymity is what they want best. This also holds true for races. If things go smoothly, and let’s get this straight – this almost never happens, you aren’t aware how wonderfully planned they were. 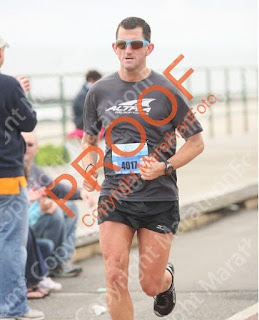 In my newest book, 138,336 Feet to Pure Bliss I lament that so many of today’s runners do not know our past in this sport.  As such, the sense of entitlement for what they expect on race day is unbelievably high. In the past few races I have run, I heard one runner complaining about the skimpiness of a goodie bag and another talk about how some, but not every one of their emails inquiring about things which were evident on the website, were answered. When I hear things like this, I almost resort to the twitter vocab and want to verbally “hashtag” someone with a SMH (shaking my head.)


I start with that diatribe because of the fact that the New Jersey Marathon weekend was a supremely well-run series of races. Any race which has the start and finish in separate areas with a shuttle system betwixt the two will add a level of difficulty to some portions of the event.  This weekend there was apparently some trouble with some of the half-marathoners getting to the startling line. That is unfortunate. However, when the race kept the half open far longer than it probably should have in order to accommodate as many stragglers as possible (I saw this first-hand) I was impressed.  I was even more moved by how much those who had to turn down a runner or two from officially starting were bothered by the fact that they had to, well, do their job. When you get a race put together by not only runners but also those who care that those runners have a good time, you will get that type of commitment.

I would see this attention to detail throughout the race. Even as I concentrated on my own race and how well I might be able to run it, I kept an eye and my mind on the nuances surrounding me. Volunteers before aid stations would tell runners which tables had each liquid. Volunteers at the aid stations would then again identify what they had – but not in the cacophony of voices and constant yelling which is often worse than not knowing what is in the cups in the first place. All turns, of which there were a plethora in the first 10 miles or so, were clearly marked with cones, volunteers and police officers making it virtually impossible to stray off course. Honestly, you would have had to barge through multiple bodies to run in the wrong direction.

I haven’t even gotten to describing the course yet for a number of reasons. For one, the type of course is rarely something I factor into how much I enjoy a race. I know many are going for the beauty of the course and wishing to have an “experience”. Do not get me wrong, if something pretty or enjoyable is included in my race day, that is bonus. But for the most part, I do not care. I am usually strapping on shoes because I have a purpose and that purpose is to get from point A to point B as quickly as possible. I can be aware that some races offer more in terms of eye candy or that others will made the quads and lungs hurt because of hills or altitude, but they don’t factor into how I am pleased with a race all that much. The point of road racing is not to have cookie cutter courses, all of which offer the same amount of challenge.  I was once asked if a marathon was one at which you could qualify for Boston.  Channeling the bluntness of my father who I lost in January, I said “It is if you run fast enough.” I got what they meant and I hope they got what I meant.

Having said that, the New Jersey Marathon is one that you can not only run fast on but it is also one with lots to distract your wandering eyes. From the lovely homes in Eatontown, Oceanport, Long Branch, Asbury Park et. al., to the palatial estates next to the ocean to the few miles of boardwalk running, there is plenty to gaze upon.  With a few out and back sections you are treated to seeing many of your slightly less fleet of foot (or much faster fleet of foot, depending on your perspective) brethren.

For me this race was a barometer. Far from laying the mattresses and hedging my bets (I should have done that on the Kentucky Derby the night before) I was completely honest when those who asked me how fast I was going to run. I had no idea. When I woke the morning of the race I felt fantastic and thought the previously-ridiculous idea of running sub three less than a month after my Oregon Coast run was possible. Five miles in at that pace I knew that was not going to happen and had to recalibrate. More than half-way in when I felt a sub 3:05 was definitely possible I was hit by the weary leg syndrome. With less than 4 miles to go, when I had more or less mailed in the day's effort and was simply trying to look pretty for the cameras, I found reason to pick up the pace. 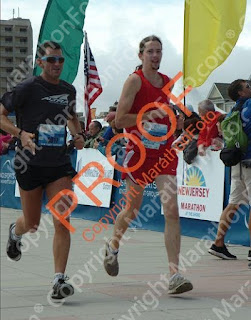 At the expo I had been peppered with questions by a gentleman whose young son would be running the marathon.  He was curious what pace I was going to run and in spite my protests that I had no idea was forced to say somewhere under 3:10 would make me happy. Before I knew it I was agreeing to help pace his son, to some extent. Meeting Joey at the starting gate, I was impressed by his poise and polite nature and wanted to help him as much as possible.  When he left me behind around mile 8 when my pace slowed I wished him the absolute best. As the final portion of the race came upon me and I saw Joey running by himself, slowing down, I was able to catch him and say “Come with me.”

So even though I ran a time I was not hoping for, doing a 3:16 and definitely dealing with both a stomach issue and exhaustion from, well, probably the last four years, here I had a purpose. After three hours and ten minutes of impenetrable clouds finally gave way to bright sunshine for the final half mile, Joey and I enjoyed the crashing of the ocean waves on our right, the cheering throngs (and I mean throngs, seriously) down the final few hundred yards and a post-race sweaty man hug.

I haven’t the foggiest idea what was in the goodie bag.

Congratulations, Dane! So glad to hear you had a positive experience despite it not being your original goal time. I wholeheartedly agree with all your comments about how well-run the race was, and how entitled many of the runners seemed to be. I love NJM and will definitely be back again!

I ran on Sunday --- It was a great race, and it showed off some of the greatest parts of my state. I had a great time, and from my perspective everything was great. Even the smallest detail - putting all the post race food into one bag so I didn't have to think about what my body needed after running for hours - was thought of.

Congratulations, Dane! So glad to hear you had a positive experience despite it not being your original goal time. Jersey bola