We often mention how we never know what the outcome of a race will be until we show up and do it.  Obviously this is a microcosm of life.  Life is mostly about showing up.  It surprises us with the rest.


At the Sarasota Half Marathon, I was able to get in touch with some old Penn State rugby teammates, one who just happened to be running the race.  I haven't seen anyone from this team in 12 years but it is amazing how small the world can be.

I spent the first portion of this week in Miami working on a few things before a quick flight took me over to the Tampa area where I was able to see my brother and my niece and nephews.   It had been far too long since I had made it down here so I enjoyed my time with them as much as possible.  With all three children having birthdays in quick succession, Uncle Dane got a chance to bring some presents to town. 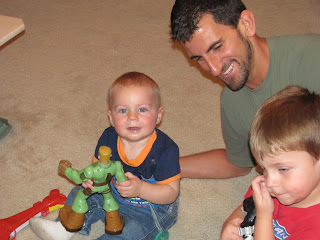 After spending a few days doing book signings at the packet pickups and meeting new friends, I had to decide exactly what I was going to run in the race. On one had, I have a 100 miler race in two weeks and my calf and shin are hurting me.  On the other hand, this was one of the flatter courses I had run in quite some time and a semi-speedy race would feel good.


However, I knew this weekend was not the race to try to push it too hard so I opted for just having a nice solid run and having a good time.

As soon as they sent us on our way, I knew I had to find a bathroom.  Before I even hit the first mile I had made a pitstop.  When I hit the first mile and still was under 7 minutes I realized I must have gone out too fast.  The second mile however was run fast again because of the internal clock that the pitstop had slowed me down.  Right before 5k I had fallen into more of a rhythm and felt good.  However, even with the loss of an hour of sleep with Daylight Savings time, I was already sweaty.


Last week in Miami my race had taken me over a bridge which presented quite the challenge to those not used to any hill running.  the only real challenge this course presented was the Ringling Bridge leading from Sarasota to St. Armands Key.

And just like last week, without much more of an effort, I crossed the first part of the bridge and was able to overtake more than a few runners.  Right about here the sun was rising behind us and the water below us looked spectacular.  Even with a slight bit of a wind off the water, the run was spectacular.

Crossing over the bridge again to hit the mainland, I passed a few more runner.  Here we were treated to massive amounts of runners heading in the opposite direction and we would continue to see them until mile 10.  Right after crossing the bridge, a slight male runner whose name i did not catch but whom had been ahead of me, was on the side of the road yacking up liquid and probably his breakfast as well.  However, within a mile, he was speeding past me again and up towards the front.  Right about here I decided I had no desire to continue to push the pace, even the slower one I was maintaining.

You can rationalize there is no reason to run fast but in the final stretches of a race, when runners are passing you, your ego can override logic.  So I decided to hang with  a few of the runners who passed me and see what the final mile held.  As we neared the finish and the grouping got closer together, I decided to end any suspension and run hard the last half mile.  Doing so netted me a nifty 1:26:49, good enough for 26th overall and 5th in my age group.


I want to thank all the kind and thoughtful runners who shared their stories with me during this weekend.  I can only hope you will take up my offer to stay in touch and that your weekend was as nice as mine.