Time to check on my goals for the year.

* Third, I wanted to get sub 36 in the 10k. This will be one of the hardest as I rarely race short distances. Same with my sub 17 minute goal for the 5k. But that is why they are goals!

Another semi-goal was to run 3,000 miles. As of today I am about 80 some miles off that pace. But with 52.4 on one day, 12 days from now, I should make up some of that. To be honest, I will not sacrifice any of the above goals to just make mileage goal. While I think one will beget the other, I do not care about the quantity tis year.

Unfortunately, there will be no run for me on the 100th day of the year. I am in New Mexico and it is snowing. What the heck? I did not bring any snow gear to run in whatsoever. After a road trip that took me to Atlanta, then DC, then New England, I did not expect the one place where it would snow to be in New Mexico! Live and learn.

However, I did get a nice little run in the Santa Fe area. Needing to shake out a lot of carlag, I knew that my tired body needed to go out and get some air. I pulled up a quick map and saw a neat little reservoir which looks a reasonable distance away.I of course forgot I was close to 7,000 feet of elevation the moment I stepped out the door. (How do I always find the big hills?) Nevertheless, I had plotted a route and wanted to check it out. When I go to the Two Mile Reservoir, I found that it was rather dry. (I am shocked and saddened that the only pictures I could find of the area were from one person who was documented the vandalizing and graffiti that had taken place at the dam. Hence no pictures).

There I learned from signs that the reservoir had once been he main source of water to Santa Fe but after it became outmoded and was breached for safety reasons, the Public Service Company of New Mexico gave it to the Nature Conservancy, which maintains it as a wildlife preserve. That said, there was still a nice little body of water with ducks swimming in it, a beautiful trail to run around the gaping hole in the earth and bright sunshine to make me feel good (obviously this was a run far from where I am today). It I had not already been winded from the climb to the dam, I might have explored the trail a little more. But I had more work to do waiting for me back at the hotel, so I turned around.

On the way up to the dam, I had just randomly picked a road that sorta of winded its way up the hill. I could have chosen any number but went with Canyon Road. simple enough, right? Well I was in for a treat. This narrow road which barely had room for a car to pass a parked car

is completely abutted by over 100 art studios, galleries and their ilk and many were on display for the average person to walk by and enjoy.


And Enjoy I did. Here are just a few shots. 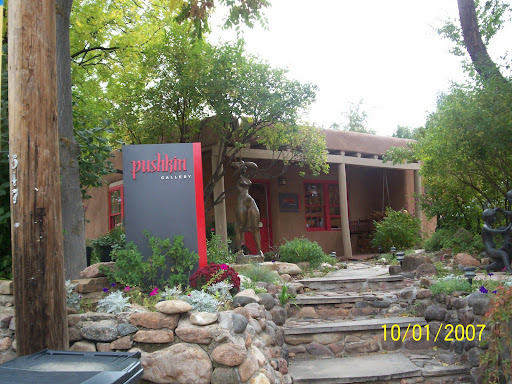 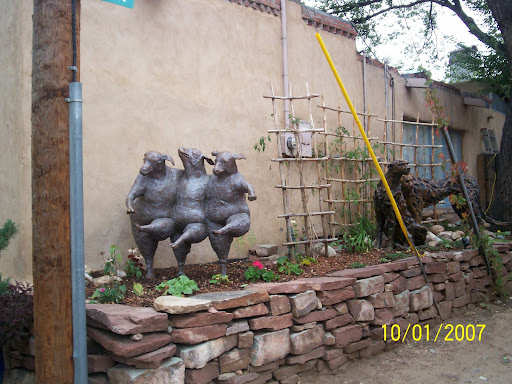 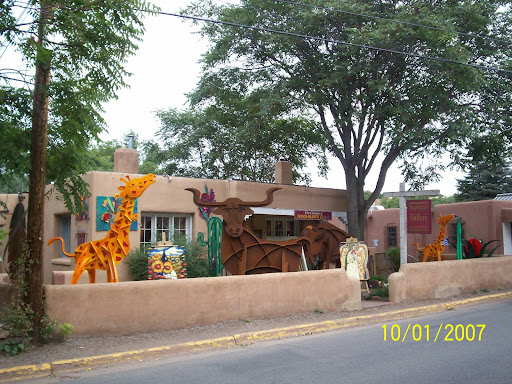 These and many ore galleries made for a great distraction on the way up the climb and even more eye candy to witness on the other side of the street on the way back down. Almost made me forget I crested 7,300 feet at the top of my run. A 6.7 mile run in 52:22. not too shabby given all the circumstances (some of which I will mention more about later).

Here's hoping you are close to your goals for the year,be the about running or life in general.
Posted by Dane at 5:46 PM

Sounds like you had a good run and the pictures are cool-I love serendipitous moments like finding cute towns, as you did!