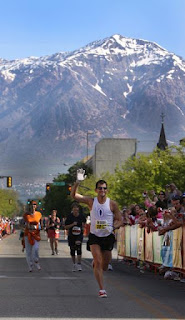 Ever since May of 2009, when I last sent my marathon PR, my running has been on a different track. I knew, even then, I would be attempting a solo running of the 202 mile American Odyssey Relay a year later.  While the rest of the year played out with engagements and races already planned (including one last shot at a new marathon PR that was not disastrous but not great) I knew my running was going in a different direction. I would be taking on events which would challenge me like no other in my life. but they wouldn't involve speed.

In the book Death Valley 300, author Rich Benyo talks about becoming the first two people to attempt to run the Badwater 150 mile course (which includes the regular 135 mile course and then the ascent to Mt. Whitney) to and from Badwater. In it he talks about the training for this would hit his ego as he knew he would be sacrificing speed for endurance.  I know exactly what he was talking about. After finishing the 202 miler, I had already began the first steps of planning for the 350 mile run of the coast of Oregon. I "recovered" from the 202 and spent most of the first half 2011 simply trying to regain speed which never came back. I should have known with what i had on tap it wasn't going to happen. I threw in a half-hearted marathon PR attempt with high hopes here and there but nothing panned out.  In the back of my mind all that loomed was the 350 miler. 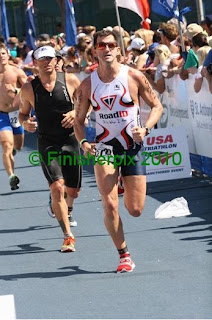 Now that 350 is completed and I am changing gears a bit. I want to run fast again, at least what “fast” is to me. I also wish to really try to get into triathlon.  I dabbled in it a little bit last year with moderate success.  My first ever Olympic Distance tri netted me a slot at the national championship race. Not too shabby.  However, my traveling last year (41 weekends on the road) made it very difficult to get cycling training in necessary to be competitive in triathlons. Everyone I know seems to loathe the swim when in reality it is such a small darn part of the triathlon it almost doesn’t exist. Only in Olympic distances does it even remotely comprise a percentage of effort overall to be worried about. No, it is about the bike.

I am still traveling quite a bit but I have scaled back my airline miles this year. With a move of locations coming up, there will also be less time than desirable to dive headfirst into tris.  But that’s OK.  You see I plan on making them more and more of a focus of my overall training for the next few years. I have shown what I can do in the running world. I will never be a “fast” marathoner. But I can do some rather challenging running feats. Now I want to see what I can do in the triathlon world. Honestly, I wish aquathlons (swim-run events) were more prevalent, because if I could ditch the bike entirely I would be a happy camper.  However, they are few and far between and the ones I have seen have an odd propensity to couple a mile long swim with just a 5k. How that isn’t at least 1 5k to make I a true test of endurance at both events is beyond me.  But I digress. 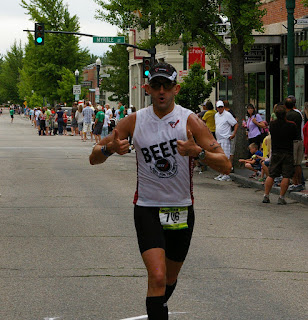 So while I will obviously still be running quite a bit, the current trajectory is to go to the shorter distance races (marathon on down) and get my butt in the saddle and into the pool. I am looking forward to the change of pace and change of athletic muscle usage. With two different 70.3s on the horizon (Boise and Vikingman) I am hoping to make a few people worried when they see my name in the registration list.

Glad to see you're coming back to tris this year! I know it's probably out of the question for this year, but if you're looking for a good aquathlon, you should come try out the Alcatraz Challenge sometime - 1.5 mile swim (from Alcatraz) & 7 mile run (up and over the Golden Gate and back). http://www.tricalifornia.com/index.cfm/ALChal2012-main.htm

I'm one of those that loathe the swim :) I'm pretty excited you'll be doing more tris this year, really looking forward to it!