If you haven't heard by now, the Competitor Group, which owns the ubiquitous Rock N Roll Racing Series, has abruptly ended its support of elite athlete fields in North American events.  I, for one, am completely unsurprised by this turn of events. I also am far from outraged as some people seemed to be.

Why am I not bothered? Well, it is Competitor's decision to do what they wish to do with their own races. They are a business about making money and providing an environment that will make sure that happens. They know what is making them money and what is not.  For the most part, supporting elites was not making them money. Producing cookie-cutter events that cater to the new runners and for those for whom simply finishing a 13.1 or 26.2  mile distance is a unique and exhausting challenge does. So they went with what brought home the bacon. 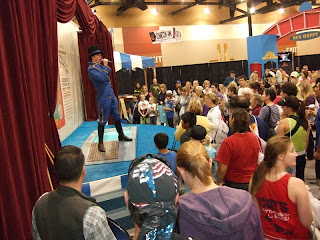 What does it signify for elite running? Well, it shows something I actually have stated many times and have benefited from personally: a large majority of runners do not know or care about the elites or the storied history of their sport.

The most wonderful and most limiting thing about long-distance running is that, for the most part, it is a participatory sport and not a spectator sport. This trickles down to how most of the participants view what is going on during race weekend at Rock N Roll events. The expo, the race, and the post-event blinging is all about the achievements of those who have put in the sweat and tears. Those who have worked hard to put themselves on the starting line sometimes do not want to be reminded how infinitely slower they are than the seemingly other-worldly talented elites.

Armchair quarterbacks and YMCA basketball gym heroes all think that if not for a slight tweak here and there, they may have been able to play in the NFL or NBA. Runners rarely have that delusion. If you have run a 1:30 half marathon you know you are nearly two minutes per mile slower than the elites in the sport.  That is humbling. It is also unavoidable in its complete absoluteness. You are a runner. You are strong. You have some speed. But you will never, ever, ever (Taylor Swift "ever") going to be paid to run.

I say I have benefited from this because in a bygone era there were next-to-no four-hour marathon finishers. Virtually everyone who ran recreationally as an adult had already competed in high school or college. They were all pretty damn fast. But with the advent of more of the "finishers" of races, small niches were created for people who were not exactly "fast" (re: me) to fill that allowed them to share their race experiences. I gladly fill that niche and do so unabashedly. (Granted, I know I have done some things which even those who are much faster couldn't or haven't done so I am not necessarily a back-of-the-packer.) 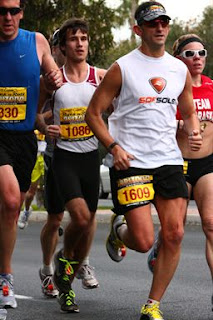 I completely understand why Competitor is doing what they are doing. In addition, having dealt with certain members of the higher echelon of the company (and done so distastefully), I am in no way shocked that the decisions were made that were made, even if I do not fully know the exact reasons why they were done. I have run some Rock N Roll races. Some are good, some are bad. None have been "great."

Does this decision signify the end of the support of elite athletes in running events? Well, it definitely shows Competitor doesn't care anymore. But that is where other sizable races could pick up the slack. Make the event about both participation and spectating. Capitalize on the recent rebirth of elite American running.  (I have lots of ideas how that could be done but I am definitely not sharing them for free.)

Regardless, Competitor seems to have been digging its own grave as of late. More and more mishandled race. Tons of vocal unhappy runners. Seeming over-expansion. Relying too much on the "music" aspect when most who want it carry their own music with them. Is this just more of the same?

Of course there are always new runners who will run their races because of the catering to the "experience."  But with what seems to be a slow eroding of public interest, perhaps Competitor was simply looking at is bottom line. It is a business after all, regardless of how much runners sometimes like to think it is all about community.

Perhaps I actually am bothered by the decision.  I am just pragmatic enough to realize why the decision was made. But as with anything, if you are bothered, you can speak most loudly with your time and money.  Don't run the races. Don't volunteer. (That is where the biggest threat could be made.  If local running groups pull back their volunteers, the series would collapse faster than a house of cards in a hurricane.) 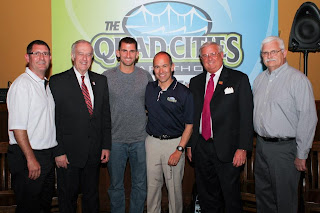 Or, and I highly suggest this, learn about the history of your sport. Become more involved in knowing how and why running is where it is today. Look outside of your own running someday. You will be surprised how exciting the sport of running is when it is no longer just about your finishing time.

Perhaps the sport can be both participatory and spectator-friendly but it will take the 40 million people who call themselves runners in America to make that happen.

Imagine the possibilities.
Posted by Dane at 1:48 AM

Solid analysis... Competitor series is far from Elite... They cater to the masses with great effect and terrific success. They are big, private and need to make money. If the Elites brought more people to the sport, brought in more advertisers, or there was some sort of championship series that drove participation it would be a different story. I would venture to say that 99% of the runners (probably more) would not recognize an elite runner in the seat next to them... Thanks for sharing Dane... see you in the non-elite coral...

Love this perspective, and your analysis. But perhaps some blame rests with elites themselves? Could elites do a little more to promote their sport other than showing up and cashing bug checks and departing long before the midpack finishes a race? Chrissie Wellington, perhaps the greatest triathlete of our generation, always stayed at the finish line of IM Kona and congratulated every finisher. Could elites maybe think more about being ambassadors for their sport more than appearing in runners World cover shots? Just a thought. Thanks for your wonderful blog.

Gordon, I am with you. Macca does the same thing. I was lucky enough to have my first Ironman medal placed around my neck by Macca, AFTER he had set a course record that same day. Class act. This weekend I saw him finish the Tri-Rock Austin Sprint. The timing was such that he finished with some age-groupers who were finishing their Olympic-distance race. He ushered them across the finish line just ahead of him, and they now have fantastic finisher photos!