That’s quite a pairing, huh?

At first blush, there seems to be little to no reason to group Caitlyn Jenner together with Scott Jurek. However, even on the surface they have similarities. While Jenner was primarily known as a decathlete, he definitely was a runner (four of the ten events in the decathlon are running events.) Scott Jurek, for those who don’t know, just thru-hiked the Appalachian Trail in the fastest known time, besting a 4-year old record by held meat-eater Jennifer Pharr Davis.  (I had to add the meat-eater part as I got tired of hearing how Jurek is a vegan. Like his food choice was the only reason why his DNA was structured in such a way to help make him into a phenomenal endurance athlete.) But the fact they are both runners has virtually nothing to do with why I am grouping them together here. 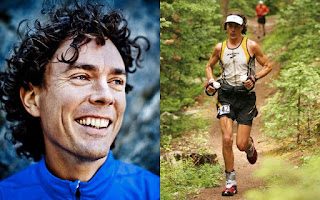 A while back, I realized that disliking sports teams was a pretty silly endeavor. Heck, even liking sports teams is pretty silly. Those teams and those athletes on those teams are invested in me about roughly one-millionth the amount I was invested in them. I also realized that the teams I thought I didn't like, for the most part, were teams I was actually indifferent towards. What really bothered me most were the fans of those teams. (Also, I can barely stand the fans of teams I like as well.)  Similarly, with the advent of social media and the proliferation of internet commenters on just about anything, I realize it is rarely the story about anything which fires me up the most. That fervor is reserved for the masses and what they anonymously spew in comment sections. Which brings me back to Jurek and Jenner.

I have met Scott once. I was in the greater Estes Park, Colorado area with my friend Terry Chiplin as we were planning out a running camp we were going to put on together.  As we passed through the outskirts of Boulder (I think) we spotted Scott and another runner. Terry recognized them both and pulled over.  If I recall correctly they were in the middle of some little 30-mile run from one place to another. Ho-hum for Jurek. In our brief conversations he was pleasant enough.  I enjoyed the interaction and that was the end of it. With regards to Jenner, I have and probably never will interact with this former gold medalist. As such, any opinions I have on the two are based solely on minor to no interactions with them personally. In other words, I know them just as well, if not better, than virtually all of you reading this.

When Jurek was nearing the end of potentially breaking the thru-hike record, I would hardly say I was an anti-supporter. In fact, I was rather indifferent. I found it to be great he was pushing himself in what he called his “masterpiece” (something I felt was an interesting name for an event he had not yet done.) But when arguably the greatest ultrarunner America has ever had was taking on a record held by a self-described "hiker", it almost seemed like people were gladly and loudly cheering for Goliath versus David. It rankled me a bit.

Similarly, when Jenner was making his transition (which may be the wrong word so don’t skewer me LGBT community) I felt that it was nothing I cared about.  I knew nothing of Jenner’s views on anything of note. I only knew he was a decorated decathlete who got snookered into marrying what seemed like a shrill and horrible woman while simultaneously siring awful off-spring.

For the most part, when it came to all things Jurek and Jenner, I was basically in the “Good luck to them. But I don’t care” camp. Then, like when the epiphany hit me that I don’t actually hate the Pittsburgh Steelers, but rather I can’t stand their fans, the commenters came out of the woodwork. Jurek was positioned as an attention-seeker whose best years as a runner were when there was no media attention for ultrarunners. Now, this was his last grasp attempt at cashing in on his waning fame. Jenner is a rich man who has no courage at all and shouldn’t be on the ESPYs. Summing up what I read by many, Jurek and Jenner were people who should not be given the attention they were for a variety of reasons. Hearing the ludicrous arguments of people who may be on the same side of the fence as you, but way off on the fringe, really puts your own thoughts into perspective. 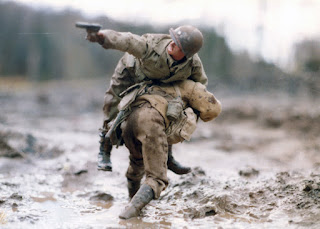 With Jenner, it was that he was supposedly not as courageous as this one soldier who carried his buddy on after he was shot in combat Never mind that the picture which accompanied that story was of two toy soldiers in a movie called Marwencol (which I highly suggest you watch. It’s on Netflix, I think.) Every argument about his lack of courage placed him on this scale of comparison to those who were more courageous. By the comparison argument, there is only one person who is the most courageous and everyone else does not get to use that word whatsoever.

However, the mere fact that Jenner was famous and rich doesn’t remove the amount of courage it took to do something like he did. In fact, I doubt anyone could have predicted how openly many in America accepted his decision. Unrelated but coincidentally, the shift in the majority of feelings towards transgendered people was as swift as both the feelings toward gay marriage and the Confederate Flag in South Carolina. I recall watching news stories about both and being aghast at how quickly and suddenly viewpoints changed across the country on both.  I vividly remember saying to a friend how I was astounded about how quickly those opinions seemed to change.   As such, saying Jenner showed no courage because he was now accepted is misguided at best. Few would have thought he would be when his announcement was made. 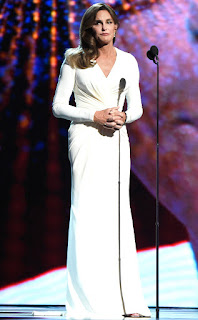 Some also wondered why was Jenner on the ESPYs to begin with. He wasn’t a current athlete. He wasn't even involved in sports at this time. This, of course, ignored the fact that the award he received was one often given posthumously or to athletes who had long since passed their prime. As for whether he was the most, or even close to the most, courageous person on Earth is a silly proposition. The ESPYs are a sports awards show. Of course they are going to focus on athletes. They are not awarding chemists or dam builders or schoolteachers who quite possibly are brave and deserving. They are giving accolades to athletes. It’s ESPN. Does one really need to connect those dots? (Sidenote: It’s rather astounding, given how much ESPN is part of ABC, which is part of Disney, how the last two award recipients of the Arthur Ashe Courage Award have been Jenner and Michael Sam. Disney is hardly known for pushing the boundaries of civil rights or upsetting “traditional family values.”  Yet, a transgendered person and the first openly gay man in the NFL have grabbed this trophy.  Seriously, astounding progress this country has made.)

Jurek, for all intents and purposes, broke Pharr Davis’ record in a photo finish. Besting her time by just three hours over a period of over 45 days is just a hair breadth of a victory. So what if he happened to be the one seemingly most likely to break such a record? So what if he had a very capable crew and a support system of hundreds of random runners cheering him on and running with him? So what if he had some of the other top ultrarunners out there (like Karl Meltzer who had himself failed to break the same record) helping him along the way.  He put himself in the arena. To conquer or fail. To try and see what was possible.

Too many armchair quarterbacks (and decathletes and runners) feel they need to have their opinions heard. Without a doubt, I love that our country allows anyone to speak their mind.  I also will gladly admit that many people haven’t the foggiest clue about what they are talking about most of the time. Someone asked me recently about the Greece situation. I am an informed adult with a terminal degree. I read quite a bit. I like to stay up to date on the world the most I can.  And I haven’t the foggiest idea what is going on in Greece. I also have no problem telling you that. Good luck getting commenters to admit the same thing.

Chances are I would be much better served reading about current events and not reading the comments about people who are tearing down Jenner and Jurek. Although, admittingly, I am glad I did.  I was feeling a bit intolerant, or perhaps sexist (?) toward Jenner and perhaps a little like a “hater” toward Jurek. Upon reading those who had very little of a leg to stand on with their arguments against both, I realized I was neither. I was just someone asking questions to find out more with a perfectly healthy amount of skepticism. I asked questions because I wanted to actually know more, not just have my opinions reaffirmed. 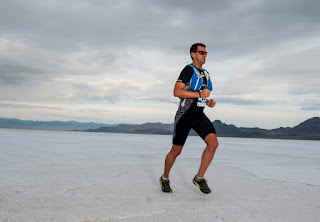 Did it take courage for Jenner to do what she has done? Absolutely. Was it impressive that Jurek set a new AT Fastest Known Time? Absolutely.  If coverage of both bother you, you could get off of media and possibility be courageous or impressive in your own life. Then you can watch others, sitting on their asses, tear your accomplishments apart.  If you can build up a thick enough skin, you can learn not to care they are doing so.

In effect, if possible, your efforts would fit the definition of both courageous and impressive. You would also learn it matters much more what we do than what we say.

(11.23.06 Edit:  Since I wrote this, Karl Meltzer broke Jurek's record and the tolerance and forward thinking I thought our country was showing was proven to be a subterfuge. Donal Trump's "election" showed how ignorant, racist, sexist, homophobic, xenophobic, horrible naive or any combination of the above vast swaths of this country are.  That's something I am very sorry to have been wrong about.)
Posted by Dane at 11:47 AM