Putting the Ass in Ambassador

What is an ambassador? Well, Webster’s defines “ambassador” as …just kidding. As a rule, if anyone starts an article with the “Webster’s defines…” thing, stop reading. They are a horrible writer and you should not give them any of your time (quickly checks website to make sure I have never done that.) But we do need a definition, at least when it comes to what it means in the sporting world, especially running. So how do we define it? 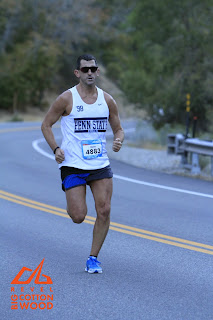 I often get asked if I have sponsors. Almost always my reply is what the person asking me thinks of as a sponsor. To me, a sponsor is someone who pays you money or its ilk to endorse a product/service. Anything else is a partnership. However, lately, what makes a sponsor has become quite murky.

A runner I once knew of limited talent, and even less appeal, would endorse virtually anything that came their way. I was curious how they had received so many sponsorships. I assumed if a company was willing to allow someone to speak for them, they were both well-thought of and paid for their endorsement. While none of the products this runner endorsed were conflicting per se, they were hardly cohesive. Only after a few questions did I understand more and that they would "endorse" anything that was thrown at them. This is where the term “ambassador” was first introduced to me.

Let me start here by saying there is absolutely a little bit of sour grapes in me writing this post. As part of my living is made by working with companies who feel I influence others, if this influence is watered down by hundreds willing to do the same thing, it hurts my bottom line. So save the a-ha moments here. Also, let me clearly state I am absolutely jealous of the brilliant marketing job various companies have done to get the ambassadors they have. For a free pair of socks, or even, in some case, paying for the “privilege” of being first in line to get discounts on gear (i.e., paying for the right to then pay more just to show they belong) hundreds of people are lining up to be part of a team. Freaking brilliant.

However, I wonder how much these companies get from this. I know they don’t have to sacrifice a great deal. X product allows Y runner to have a minimal amount of product and Y runner simply won’t shut up about it. At first there must be something good which comes from this exchange. But there has to be a law of diminishing returns on the runner's rambling. There must be some over-saturation point. And dear lord do I hope we are hitting it soon. (Update: I recently was approached by a company telling me that this seems to really be happening. "Ambassador-wrangling" is become quite a hassle.) 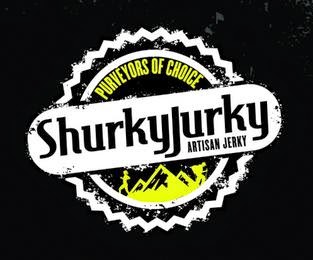 I am extremely upfront with the companies with whom I partner. I am hopefully refreshingly honest not only to them but to people who ask my opinion. If someone asks what shoe I wear, I tell them what I wear, how I like it, and also how hardly ever does a shoe mean the difference between being 50th overall and winning a marathon. I hope the companies I work for appreciate this honesty and see how if I am not just being a completely obnoxious cheerleader, how my words mean so much more. In fact, I have eschewed working with companies who take part in this whole ambassador thing. I have also had races approach me and ask me to be an ambassador and I have balked at the name. Instead, I find products I like and even if they can’t “afford” me, find a way to make things work. In some instances, I like the product so much I become a minority owner in the company. (Update: I am learning some companies don't like the honest approach.  My disgust for Donald Trump has lost me tens of  thousands of dollars in product and partnerships. I am OK with that.)

Being self-aware is a good thing. I know I am not the greatest runner out there. I also do not have the most Instagram followers. But I have done things no one else has ever done. I also have people who appreciate what I have to say and are passionate fans. That passion means a great deal more to companies who realize this ambassador thing is garnering very little. If every person who is talking about your product are also the only the people who are part of the ambassador program, how much is it helping you? Like the people on twitter who create circles that seem popular or deep but are only shallow pools of self-congratulatory inner-worship amongst a baker's dozen of people, it is like shouting loudly in an empty room.

Are there ambassadors who are runners trying their best, repping a product that they actually enjoy?  Of course. Unfortunately, the hacks who fall into the category of the runner I mentioned above are usually the ones who squawk the loudest and actually do the least. I have heard people say that any publicity is good publicity especially when it comes to creating brand awareness. Nothing could be further from the truth. If the only thing you recall about a company is they have some shill whose mere presence would make you not buy a product, that's not a good thing.

Unfortunately, what actually is true and what works sometimes don't make it up the chain to the decision makers. And in some instances, I am sure the program works for those who are deciding whether to keep it. As I said, it costs them very little from their bottom line. I, for one, however, now hesitate at even the mention of the word "ambassador." I came to learn a long time ago how few runners ever make any sort of living at being a runner (and few athletes in any sport, while we are talking about it) and how little "sponsorships" actually pay. (e.g., I read a few years back how the average sponsorship for a WNBA player was $5,000 a year. A mere pittance for a league of athletes at the top of their game in their sport.) Ambassadors rarely get anything other than fake prestige. 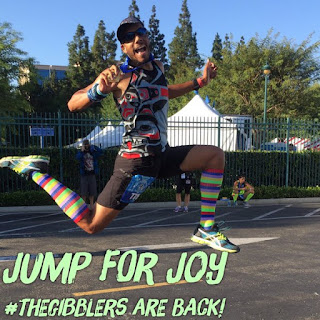 Then again, in an era where being known for simply being known, rather than for achievements, is what many are seeking, perhaps that is more than enough for them.

Companies should want to be connected to more than just flash and image.

#WeRunSocial is a giant circle jerk.