With all my traveling over the past 2 months, I have not been able to get a feel for the changing weather here in Salt Lake. I would be gone so frequently that I did not know if the leaves were going to stay on the trees very long, if there was a great deal of fluctuation in temperature or how soon fall would end and winter would begin. Well, I hope that today was not a harbinger of what to come.

I woke this morning to brightness filtering in through my windows but it was not sunshine. Pulling the blinds I saw a thin, but constant, blanket of snow. NOOOOO! I know the ski bunnies in the area are loving it but this former paperboy has never had an affinity for the white stuff (try lugging around 90 newspapers daily over hill and dale in NW Pennsylvania winters 6 days a week for 5 years.! The papers outweighed my scrawny little butt!)

While the forecast does call for temps getting as high as 55 degrees on Saturday, it most definitely looks like the cooler temperatures are here to stay. Just in time for me to be home for an extended stay for the first time since early September.

So as I debated putting on tights instead of just shorts, I thought about the upcoming winter. Last winter in SLC, the city received record-setting snowfall. I was happy that it was able to replenish a lot of this high desert with life when the spring flaw came but wasn't really digging it at the time! However, I realized how quickly this year is coming to an end. I thought about how runners seem to have a very good grasp of the passage of time. There are only so many weeks left until so-and so- race. Registration has already opened for this race all the way next fall. I better book my plane ticket for May before the prices go up. But the time still slips by.

Halloween is gone, the election is over and Thanksgiving is around the corner. I sighed a little but as I glanced out the window and saw the snow intensify. I finally decided to simply keep the upper body warm and wear only shorts. There will be plenty of time for full protective gear soon enough! I am fighting Mother Nature today. 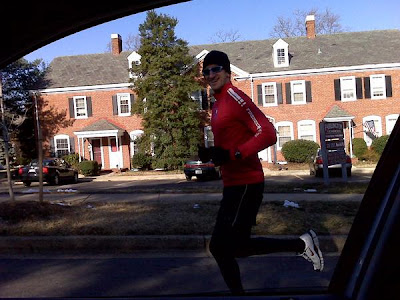 Post-run Addendum: 9.8 miles on a circuit I haven't done in ages was good for the soul. I am still a mite bit tired from the past few months but the challenge was good. I could feel the difference in my lungs after spending the better part of 2 weeks at sea-level but after a few miles the breathing was back to normal. 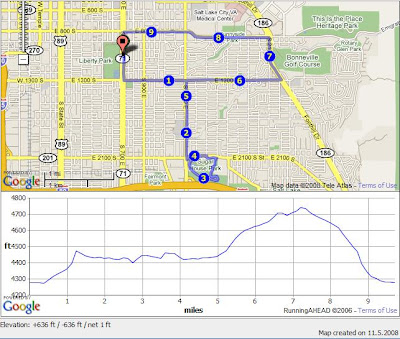 Then the snow REALLY started to fall! (Note my poor car below after the run.) 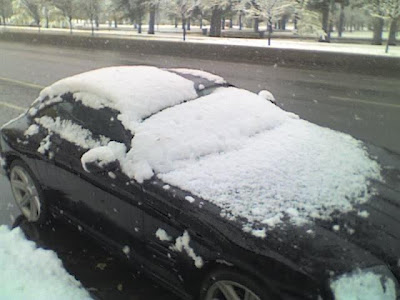 But even though I thought about cutting it short a few miles, I gutted it out and felt better about it at the end. As I do every time I run.

Hey, Dane, great blog. Your story about paper deliveries brought back some memories. Growing up in Evansville, my stepbrothers had a route for the morning Evansville Courier. I remember helping them on weekends, mainly with the big Sunday edition. I remember the smell of the rubber bands and inserting the Sunday coupon sections and stuffing them into the yellow plastic newspaper boxes out front of homes. Sometimes I got to toss them but the Sunday ones were usually too bulky. I guess today it's standard for papers to go in plastic wrappers...I remember firing the skinny Saturday editions at doors with that rubber band on them. Good memories!

I hope you adjust well to the cold, knowing how much you love it. :) Stay cozy and enjoy more beautiful runs.