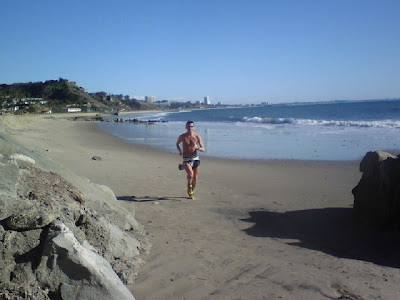 A few days ago I was running in Los Angeles. I have to say, running shirtless on the beach in January is quite a treat (for me at least. Maybe not so much for those who had to witness it!)


Aside from the beach running, simply exploring a new(ish) city is always a pleasure. After some beach running, I also used some free time to check out lots of Hollywood and Beverly Hills etc. Without a doubt, one of the best ways to explore a new city is to do so by foot.

On my last run in the city before coming home, I paused at the corner of Wilshire and Gale in West Hollywood and patiently (ha!) waited for a light. I finally had the right of way and crossed the street. About 10 seconds after doing so I heard an awful crunching of steel and the shattering of glass. I turned around just in time to see a car careen off of another one, spin 180 degrees around and then slide up and over the curb. The car came to rest against a pole at the SE corner of the intersection. This is the same pole I had been leaning against waiting for the little white walking guy to appear signifying it was safe to cross. 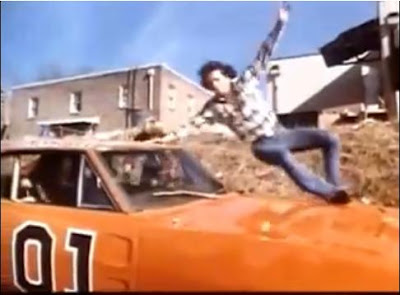 I do not know what happened with the cars and before I could even think to turn around, four or five other passersby were on the scene. Figuring I would only complicate matters I continued on my run. I do not get rattled too often. Many runners have a plethora of tales of almost getting hit by cars by running. Heck, in the Hatfield and McCoy Marathon in 2006, I had to Dukes of Hazzard slide across the hood of a Tercel when some elder lady inched out of a Winn-Dixie parking lot without looking to her right (or figuring out why the entire street was coned off and there was no other vehicular traffic).


But this was a little more serious. Metal on metal, broken glass and a crunched pole.

All I could think about was how I had just been standing there a few seconds before. I looked down and saw I was wearing my ROAD ID and breathed a sigh of relief. Obviously the ROAD ID would not have created a shield to protect me from the car but if I had been hit, someone would have know exactly who I was, who to call and other pertinent information.

So I encourage all runners, when you are out for a run to be aware of your surroundings, be safe and try your best to minimalize any potential danger to yourself. Not just from vehicles but also from dogs, other people and anything else seemingly harmless-broken sidewalks, low-hanging branches ( I learned this one the hard way!)

The last thing this world needs is LESS people running.
Posted by Dane at 12:36 PM

Thanks for sharing! I've had similar experiences and just try to do my best to stay safe and spend as many miles no the trails rather than the roads as possible.

Dane,
Great post. I think we have all had some close encounters while out running. I wear my Road ID at all times.

Very helpful post indeed.
Was great meeting and talking to you at the Carlsbad Marathon Expo. I am inspired to up my half marathon count from 1 to 3, for this year and possibly do a full, as well.

All the best with your future endeavors.