For way too long now, my Achilles Tendon has been bothering me. It started last summer when I was doing a great deal of hill and trail running (well ,a great deal for me, anyway). As most people will tell you, when the AT is aching, stick to flat running. Well, mostly by habit and less by design, I spent many miles running at Liberty Park across the street from my house and avoided hills (for the most part).

As it continues to ache, or at the very least ache enough that I can notice it, I have come to live with it. I lived with a calf problem for over two years that mysteriously disappeared and has never come back, so unless it worsens I will just monitor and run.

So, while I might have normally balked at hitting the hillier City Creek Canyon just north of Salt Lake City, today I wanted to give it a test. Looking back at my running log I realized it have been almost 2 months to the day since I had even been up that way on a run which says a great deal about my repetitive running style and also my travel.

The temperature was a chilly 27 degrees but the sun is shining. My rule of thumb for dress code is when it is 40 degrees or above I am wearing shorts. If it is in the 30s but dry, again I am going with shorts. And when I am racing, well, it has to be COLD for me to even think about tights. 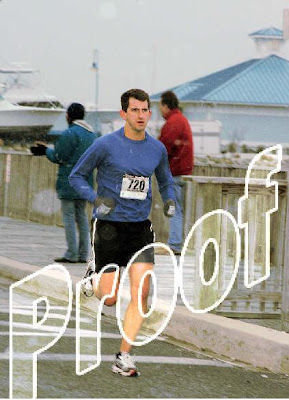 I figured 27 was close enough to my 30 rule of thumb with the bright sun ahead and so I headed out. Now, the thing about running up City Creek Canyon is you are making a commitment to some hills that day. Even getting up to the Creek itself from my house is nearly a 4 mile run with one heck of a climb up B street. But I was in the mood to stretch the legs.

As Salt Lake City was just named the fittest city in America (and last year it wasn't in the top ten - I like to think it is because I moved here that it bumped up in the rankings) it is not uncommon to see runners out and about in the creek at any given time on any given day. Today was no exception. Friendly nods and waves were exchanged as I passed runners and had them fly past me coming down the steep incline. And yes, it is steep.

Pausing for 10 seconds at the top of the hill, half to catch my breath; half to really just take in the day, I was glad to be out and about. Never one to be too philosophical I really wondered how those who do not get out and about every day, live their lives. How do this miss this? Break over, I headed home.