A little long ago, I jumped into a Facebook discussion about running. Here’s the thing about me -  I get enough conversation on my own Facebook page that I try my best to limit going anywhere else and joining any other topic. The main reason is I am blunt, direct and literal. I figure if you comment on my page then you know my style and won’t get your panties in a bind by my replies. Going elsewhere negates that home-field advantage and someone with all the sensitivity of an 8 year- old girl watching a show about puppies and Justin Bieber is going to get their nose bent out of shape. Sometimes I forget my rule and stray. 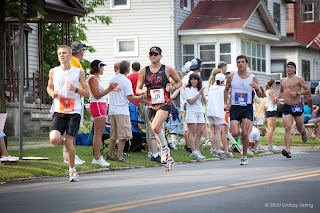 In this discussion, someone said something akin to how no runner is better than another. An obvious pandering attempt by the poster to get everyone to say “Yeah! You are so right! Everyone is the bestest winner of all times!” it annoyed me. I replied “Of course some runners are better than others. Especially if by better you mean ‘faster’.” It seemed most people got what I was saying. Of course, one person didn’t and in an effort to try and explain my point, but stick to it at the same time, it ended up as most conversations on the internet do – badly. So I decided to clarify again here.

A faster runner is a better one, at least in terms of speed. The faster runner may be an ass, but they are better than the slower nicer one. That is a fact. There is no room for debate. No “well, it depends on your definition of ‘better’”. I am exhausted with trying to be politically correct when it comes to discussions that involve the masses. I am not, and will never, run for political office. As such, I don’t care too much about pissing off people if it is by saying what I truly feel. The thing that attracts me to running so much, after playing team sports for most of my life, is the accountability of it all. That is why I loved swimming so much growing up as well. You versus everyone else. 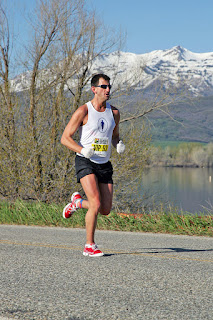 So again, in the world where virtually anyone who is not trying to be difficult for the sake of being difficult, realizes “better” means “faster”, some runners sure as heck are better than others. And hopefully, if you are the slower runner presently, you will be able to get better, challenge yourself and the person you are chasing, and in the end, nip them at the line.

No doubt that you are a better runner than I am. Faster, for sure, because you are better at it. Of course you also work harder at being faster than I do so you deserve the title of "Better Runner than Daren" which is a title I freely bestow upon you. Before you get a big head, though, a lot of people carry that title, including my younger brother, 17-year-old nephew, and my dog.

This issue comes up in my running club a lot. There are slower runners who just can't get over the fact that we celebrate the victories of our faster runners on a regular basis. I'm sorry, but that's just the way it is. I know I'm never going to be a sub-3:00 marathoner, and probably not even a sub 3:30. Instead of being annoyed about the people who are that fast, I push myself to be the best runner that I can be and I happily support our faster runners when they do amazing things.

I wish everyone could be that way, but I think people have gotten so caught up in the "everyone's a winner" mentality that they have a hard time accepting when someone else is actually better at something than they are. Yes, you got a medal for finishing that marathon, but this is not a preschool soccer league. That medal doesn't put you on the same level as the winner!

In our; "there are no outs in t-ball, each inning will go until every kid gets an at-bat, & nobody will get cut from the football team" society - too many people are afraid to mention the words "winners" & "losers" anymore.

I was debating this with a friend months ago. We both participated in the same marathon. He jogged/walked/took pictures/cramped/puked his way to a 5:40something. I was in the 3:20s. He was showing me all the pictures he took along the way (him with some volunteers, him posing with pedestrians, etc). I said something like; "geez, no wonder it took you so long." He went off, saying how his medal looked exactly like mine, how I wasn't any better than him because I was faster, etc. etc. I didn't mean to make him angry, I just said what I was thinking out loud.

So many slow marathoners argue that a 6hr marathon is a lot harder than a 3hr marathon because you are out on your feet twice as long, etc. To them I say, "bullsh*t!" First off, pretty much anybody can walk a marathon. A friend of mine who is overweight & never exercises, recently walked 20 miles in 3 consecutive days for a Cancer Fundraiser. Try running 20 miles in under 2:30 3 days in a row.

Next, I once jogged/walked a marathon while I was injured. I already had my flight & hotel booked, so I figured I would just take it easy & gut it out. My goal was just not to go over 5hrs. I finished in 4:54 on a very difficult course (Valley of Fire in Overton, NV). My PR is 3:05, so having completed practically a 5hr & 3hr race, I feel I am somewhat qualified on this subject. The 3hr'ish race is A LOT more difficult than the 5hr race.

I rarely (if ever) post comments online like this, just because I do not want to offend anybody, & in all honesty - I think it's great that so many people are out walking marathons now! I wish both my parents would get out & start walking 6-7hr marathons. I think it would be fabulous!

I think some people say that kind of stuff in order to make people feel inspired, but it is unfortunately also defeating to another group of people. Obviously it can be determined whether or not someone is a better runner than someone else, although I don't necessarily consider speed the only measurable quality. Form and endurance could also count. I'm on the lower end of all of these. I try my damnedest and that's great for me, but are there runners better than me? Shit yes, of course! Why would I continue to run if there weren't people who were better than me- role models who show me that I can do/be better than my current running self? It's necessary in life that we encounter those who are better than us, so that we might have something greater to strive for. Excuse any grammatical errors, I'm tired.