Review of Unbroken - The Life of Louis Zamperini

I recently panned the movie "Wild" because, well, it is sickening to give exhalation to someone who choose to try and destroy their life and those of others while seemingly showing little to no remorse even after supposedly growing as a person. Using Cheryl Strayed, her book, or her story as inspiration is shown to be a horrible decision made even more clear after taking the time to readabout Louis Zamperini and watching the film 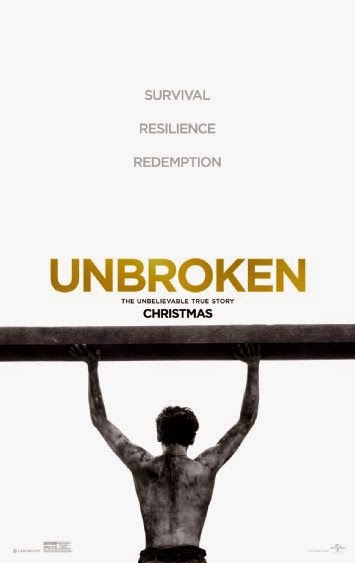 Summing up Unbroken is a difficult task. For brevity's sake, I will just take from its IMDB page. "After a near-fatal plane crash in WWII, Olympian Louis Zamperini spends a harrowing 47 days in a raft with two fellow crewmen before he's caught by the Japanese navy and sent to a prisoner-of-war camp." Let's just say this doesn't even begin to scratch the surface of the amazing life of Zamperini.

Let me nip the "the book is better than the movie" talk in the bud.  Books and movies are two different mediums. It is rare when a movie can hope to capture what a book does. Comparing the two is like comparing apples and rhinos. So when I speak about the movie I am speaking about the book as well (as I was with Wild) since both are true tales wherein the actual facts can be checked. (And they are: here.)

As with product reviews (like the VARIDesk I reviewed earlier this month), whenever I want to learn a little about a movie I usually go to the most negative reviews I can find. Well, not the most negative reviews.  "This sucks!" doesn't help me much.  Neither does "This rocks!" either.  But I wanted to see what someone could find NOT to like about this story. The criticisms I could find were as confounding to me as the praise for Wild.

Complaining that the "at sea" portion doesn't really instill in the watcher the true sense of dread of being lost in the Pacific Ocean for 47 days seemed ridiculous. Most people freak out when thy get lost at Target. How could they possibly fathom this sort of solitude, despair, and sheer terror? Shark attacks, being strafed by a Japanese warplane, and then finally salvation! Well, not really salvation. When Zamperini was finally rescued it was by the Japanese. Who then imprisoned him. Ugh. (One of the best lines in the movie comes when Zamperini realizes who is rescuing him.)

My website is not one that traditionally reviews movies or books. Recently I was reading an article about Landon Donovan being a bit upset about being pigeonholed as a soccer player. He wanted people to know he was more than that. Well, of course you are, Landon. But the only reason 99.99% of the people who know who you are and care what you say is because you WERE a soccer player. Likewise, most people who know anything about me know I ran 52 Marathons in 52 Weekends. Even if I wished to escape this, it would be futile. Unless I cure autism or something. Even then I can imagine "Marathoner Cures Disease" would be the headline.

My point is I am reviewing Wild and Unbroken because they reach into the realm where my opinion is given credence. The world of running, trail hiking, etc are what bring people to my page. I  have a law degree, interviewed with "government agencies" and have a plethora of life experiences.  Yet my wheelhouse is running and inspiring others. As such, I felt it was OK for me to branch out into a few movie reviews. 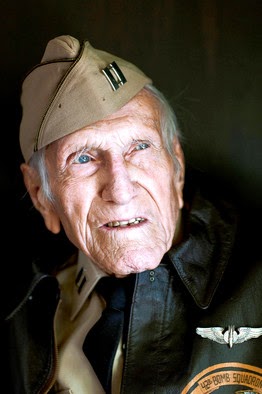 Look, inspiration can be gained from anything. I understand that. However, when I spend the majority of my life either trying to inspire or being inspired, I guess I feel that those who truly have an amazing story, like Zamperini (or the 17 women I write about in my newest book, Running with the Girls), should get far more accolades than those who don't, like Cheryl Strayed.

I greatly implore you to learn about Louis Zamperini (even if you just click on his Wikipedia page), who just passed away at age 97 this year. Of course it took 97 years of life to finally take this man down. After you read what he survived, I wouldn't have been surprised if he had lived another 50 years.

He represented the United States in the Olympics as a relative green youngster (youngest American at the games), went through hell and back, then became a missionary to the very country which had imprisoned him. I have no doubt there are some portions of his life which are not perfect but his take is pure inspiration and heart. If I myself can have the same sort of resolve and fortitude that this man had, I will be one good man.
Posted by Dane at 11:05 AM