I have been known to be a little hard on the obesity problem in America.  I do so because I understand how hard it is to stay in shape. Usually statements like this from from athletes get eye rolls and "Yeah, right"s. However, I am constantly battling not only my desire to get faster but also the numbers on the scale. I truly 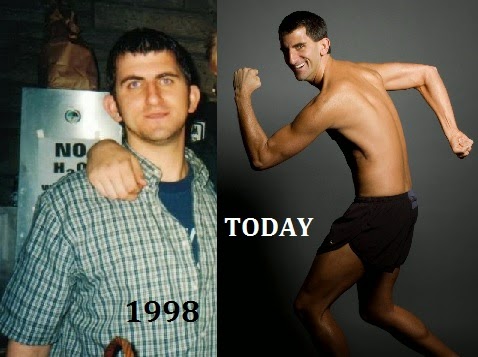 Let me be clear that the numbers in and of themselves matter very little to me. What the numbers represent, however, mean the world. Be them fat or muscle, weight for a runner means you have to move weight through space in order to get to the finish. Mass times acceleration equals force and the more mass you have the more force you will have - if you can accelerate it. Therein lies the problem.

As I pointed out in another article, ten pounds is akin to an extra nine minutes of time over a marathon distance. I wrote that article on January 12th. The next day, after an 8.65 mile run, I weighed myself. This is nothing new. I weigh myself constantly. I had a friend issue a challenge to me to stop weighing myself in order to feel better. I replied that weighing myself and seeing the numbers did not upset.  Not being able to figure out how I couldn't get them to go down (or stay down) did.

I ran on 30 separate occasions in January. My goal was to weigh myself as often as possible after these runs. While I might be a bit dehydrated or at my lightest of the day, at least weighing myself at the same time would be a constant from which I could draw data. I was able to get measurements on 18 of those 30 runs. Circumstances or forgetfulness sometimes kept me from using my scale before I ate or drank (which would skew results.) My first weigh-in of the year had me at 191.4 lbs. I was not surprised. I have been in the 185-195 range for about two year. (For the sake of comparisons I ran my marathon PR right at 180.) It is not where I want to be or what I race best at but it is not too high. .

Over the course of this past month, my weight would yo-yo with seemingly no rhyme or reason.  Down to 188.  Up to 193. It was baffling. A week ago I ran two good solid long runs in a row (13.3 and 15.9). My weight was at 185.8 after the second run. I thought I might have finally had a break-through and was finally getting down to around 180 or maybe a few pounds less. The next day I went to the gym and swam with no running. The day after that I ran a 7.25 miler but forgot to weigh myself. The next day I ran a very hard 8.2 miler- and promptly weighed 191 lbs. Over a 5 lb gain. Three more days of runs (5.4 miles of sprints; 8.25 of hard intervals and then 10.3 of tempo) and I went up one pound before coming back down another.I finished at 191 lbs.

In other words, I ran 247.25 miles and only lost .4 of a pound. When you are a big guy and can lose 5 lbs on a hard treadmill workout, this is seemingly criminal.  There is definitely something else going on other than exercise.

This leads to thoughts of eating and how what you put in your mouth means a great deal. I did not keep a strict food diary but I know I averaged about 2500 calories a day. Not a minor amount but hardly a gluttonous sized helping of food, either. In addition, the food I eat is very healthy. I do have a salty tooth (I like me my potato chips) and that might be the thing I need to have less of. I am no longer 17 and can burn though 400 calories a day with ease.

I don't have a conclusion as of yet. Drawing one from such a small sample size would be folly. I have a small amount of data from the first month where I have felt strong as an athlete in well over two years. (Bike crashes, staph infections, etc tend to weight you down.) I do know on February 1st I ran a solid 20 miler (which felt fantastic and gives me hope for running fast this year) and weighed in at 188 lbs. But with just a small run on Groundhog Day in the evening (where I didn't weigh myself because it came after meals) I'd bet I weighed over 190 again.

I am doing all of this for a number of reasons:
1. I love data and numbers.
2. I want to be able to see how much running and how much eating affects strength, weight, and performance.
3. I know many have false ideas not only about their own performances but those of others as well (I had one guy say he would never be my speed because I was one of those "fast, skinny guys" - then it turned out I weigh more than him.)

More or less, I am experimenting and make notes to be able to hopefully provide all of you with information you can use for your own purposes. I also know that I will be soon be getting periodic blood work done to not only monitor these changes but also to check on my Gilbert's Syndrome and how it affects my running. So, check back every month and I will be giving you updates on how I am progressing and what perhaps these numbers mean. Maybe we can find an answer together.
Posted by Dane at 11:43 AM