A few months ago I had heard of merino wool as a clothing option for runners, but that was the extent of my knowledge of the fabric. Now, in a perfect rendition of the Baader-Meinhof Phenomenon, I can't stop hearing about it. I have tried out a few different products with the merino wool, such as the PEP I reviewed here, but I was really impressed with the I/O Merino.

Portland this winter has not, well, had a winter. It has been downright warm, sunny, and pretty much bereft of any cold conditions. While the folks at I/O Merino insisted I could wear their product during warmer temperatures, they obviously do not know the superhuman power that the yellow sun of your galaxy gives me in the sweat department. However, since there appeared to be no cold weather in my near future forecast, I thought I would give it a go in the warmer climes. 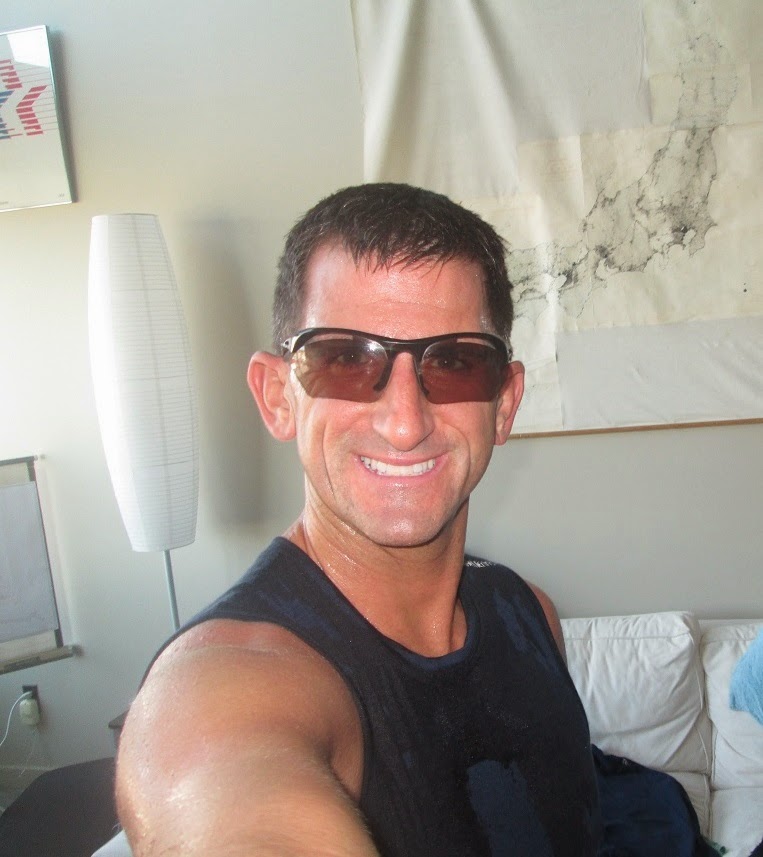 I tested a short sleeve version of the I/O Altitude Base Layer Tank on a couple of runs to see what it would do for me on normal trots around the neighborhood. First and foremost, I was impressed with how well it kept me warm. I didn't need the extra heat per se but even a hardy soul wearing no sleeves in chillier temps might notice some cold nipping at their flesh.  I noticed none.

What I did notice was how effectively it wicks sweat away from my body.  Many mistakenly think that a wet shirt is a bad thing.  In fact, it is a wet body which performs poorly and the I/O did a fantastic job of removing the sweat from my torso to allow it to cool. It also allows me to marvel at how I can possibly sweat this freaking much in 40 degree weather

Next up, I decided I would brave the potential meltdown and wear the long sleeve half-zip on a less than cold day.  Granted, it was still cold for some (in the 40s) but for a Pennsylvania boy, February means it should be of the "Why does the air hurt my face?" temperatures with negative signs in front of them. However, on the day I decided to wear the Altitude Zip Base Layer, the sunny outdoors belied how chilly it was because of a biting wind. As such, I had actually been what I thought might be a tad unprepared as I was wearing nothing under the Base Layer.  Yes, I know it is called a "base layer" but I still planned to have something on under it every now and then. I march to the beat of a different accordion. 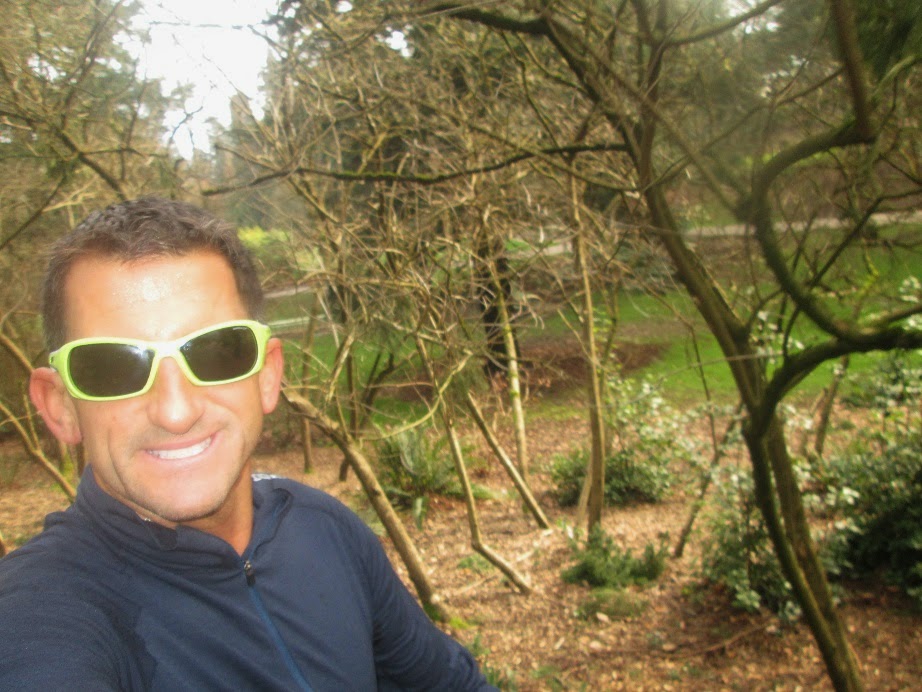 Not only did the shirt provide me with the excellent wicking I found in the short sleeve version, it left me completely unharmed from the wind blowing through the trees. The long sleeve with the thumblocks to keep the sleeves in place, as well as provide a little extra warmth on the wrists, was excellent.I actually needed to unhitch the old thumbs and roll the sleeves up a notch because of how toasty it kept me.

I always seem to have a problem with the zipper portion half-zips. If they are zipped all the way up they are choking me. If they are zipped down the open zipper's teeth tend to cut into my neck. As I pondered why any running shirt has a half-zip I realized I was having neither of the problems with this shirt. I don't know if it was just luck of the draw or purposeful design but I loved how it fit. 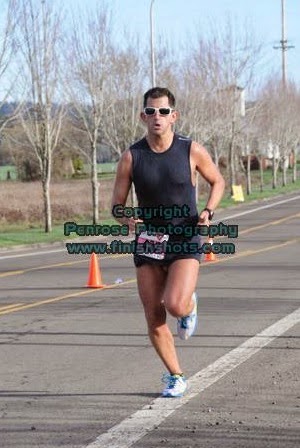 Wanting to continue to try out the shirts in differing patterns, I did indeed take on a half-marathon with the sleeveless base layer. Running the Heart Breaker Half Marathon, I had the combination of hills and chills to test how the shirt ran in race conditions. I feel it passed the race test with flying colors.

My only complaint was that the shirt might have been a little too long for a race situation but that might be simply because I ordered the wrong size. Its length is definitely something one would want to have in normal conditions, though.  The extra material keeps one from having their flesh exposed if they had to bend to tie a shoe or something of that ilk. Given I have a long torso, this is something I have to deal with often, even just in a normal run. So I am  not complaining about the extra length. Also, I didn't actually notice it was long during the race.  It never bothered  or hindered my stride. I only saw later in race pictures that it looked like I might be going to a teenage slumber party with no shorts on. That also has to do with the fact that I wear 1970s RollerGirl short shorts in my races as well.  I have nice quads. You'd do it, too. 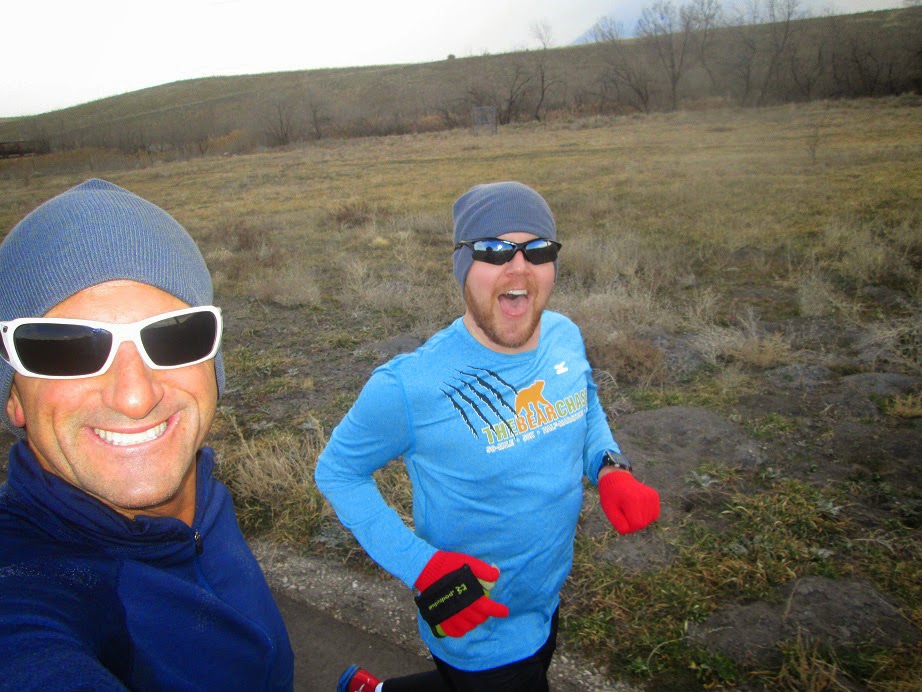 The final tests for the product would come a few weeks later when I was in Salt Lake City for the Endurance Expo Show. While it had been 60 degrees the day I arrived one of the early morning runs I went on had the temperatures in the 20s with one hellacious wind.  As I circled my beloved Liberty Park, the wind was inexplicably in my face on three of the four directions I was running. I felt the cold sting of the dry Utah air on my face and legs (yes, I was wearing my Skins compressions shorts- I told you about my quads) but the I/O fought back this wind as well.

On a later, less intense (and therefore susceptible to running a little cooler than normal) run with my buddy Vanilla Bear, I had the final test of the long-sleeved base layer. We went out for a hour long run along the city streets and backwoods trails of Salt Lake. Within a mile, in spite of the cold temps, I was, of course, sweating. Also, the I/O was wicking away the sweat as Vanilla noted the crystallizing dampness on the back of my shirt. Nothng stops me from sweating so I need something which combats that while also keeping me warm. I can say the I/ O does just that. 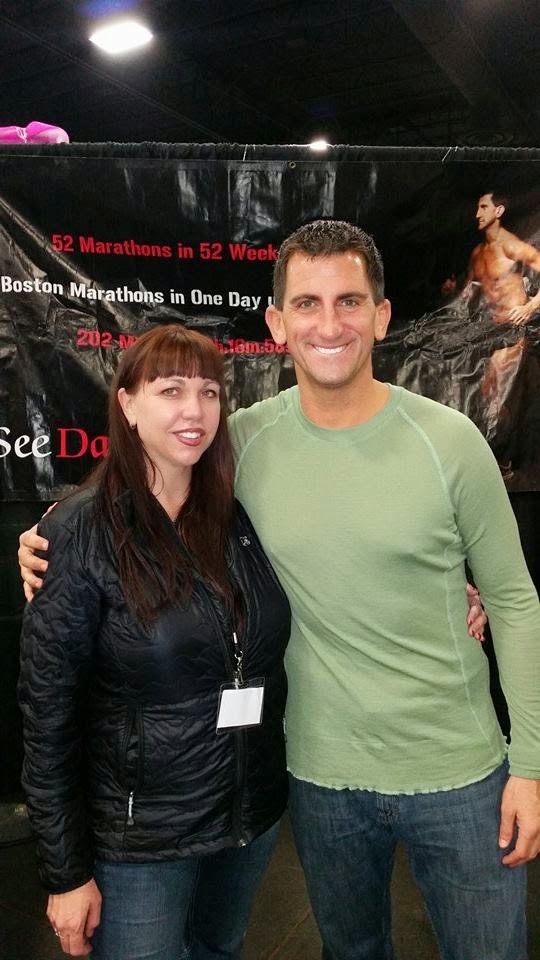 To say I am impressed would be an understatement. I am greatly looking forward to trying out more of the products of I/O. Also, as I know it matters to some people, not only does the running apparel and regular day-to-day clothing perform well, it also looks really snazzy as well. I wore a Vital Longsleeve all day at the aforementioned expo and had more than a few people mention how nice it looked.

I would be remiss if I didn't mention how this doesn't itch one single bit. It was such a non-factor I almost forgot to say it didn't exist. My only memory of wool before wearing Merino was that how anyone could possibly stand it touching any square millimeter of their skin without needing to scratch at it like a methhead.   But with this product - absolutely no itching, even when it was directly on skin (as it was in all the testing I did.)

All in all, let's simply say I/O seems to know what they are doing down there down under (they are based in Australia) and I look forward to trying out more of their stuff.

(Just as a side note, I was not compensated for this review, lest you feel that is something which actually happens in the world. If it does, please put me on the list of people who get that.  It sounds like a sweet deal.)

Addendum: I was able to score a sweet deal for my readers. Use DANE20 to get yourself 20% off any full priced item!  Who loves ya, baby?