Your uterus will fall out!

As many a runner knows, this was what many (men) back in the day used as an excuse for why women were not allowed to run distances greater than the 800 meters. We laugh at it now and like to point to that insane thought as a symbol of how far we have come as a society. Look at those silly people from days gone by! They don’t know what they are talking about! We are now so enlightened!

Here’s the problem: no one actually believed that would happen.

OK, maybe somebody thought it was a possibility. But some people think we faked the moon landing, too. So you can see whether some people thought something was true is not a good proof that it was accepted as common knowledge. But the fact remains that reasons did exist in the minds of many which kept women from running (or voting or anything else for that matter) many decades ago. Virginia Slims aside, we have come a long way, baby. But there is still progress to be had. 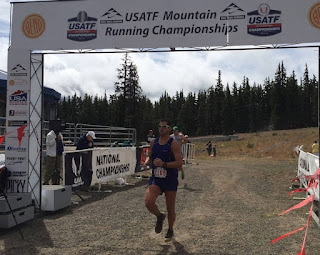 This past summer took part in the US Mountain RacingChampionship.  (FYI, if you ever get a little too uppity in your running britches, take on some of the elite in the country at the sport. You will remember why your age group trophy at the Dog n Dash 5k sits prominently on your shelf.) At this race, not counting talent, there was something distinctly different between myself in the men’s race and those in the women’s, and it had nothing to do with chromosomes.  Here on this day, the men’s course consisted of three loops of a hard mountain trail; the women’s course had only two. Why the difference? According to the race website, this was done to mimic the world mountain running championships format in order to give the women the best chance to compete. I can definitely agree that something can be said for preparing for what you will race. But the time has long since passed for the distances run by women to equal those of men, up and down the board. 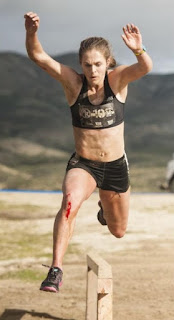 Now, I am not pretending to be any great champion for women’s rights. I do, however, do my best to fight what I see is injustice in any form it may take. Also, when I am not a member of the class being potentially slighted, I do my best not to speak on their behalf.  Sure I can extrapolate feelings, but it it is best to go to the source. In order to see what at least a sample size of women might think about this issue, it would be best to have them gathered in one place. Fortunately, I had the right group here in front of me on race day to test out my theories. So I reached out to a few competitors to ascertain the situation from their viewpoint.

Kimber Mattox, who took third place overall in the race, has had little experience in trail racing. In fact, these However, while she liked the “shorter distance just based on my running background, there is certainly no reason why the men's and women's race distances shouldn't be the same.” Whether this mean to shorten the men’s race or lengthen the women’s, Kimber felt there was no reason to have a difference between the genders.
championships were her first ever mountain race. 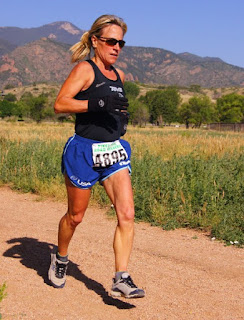 Nancy Hobbs, founder and executive director of All AmericanTrail Running Association, who took the women’s title for 50-54 said there is some precedence for change here.  “The World Long Distance Championships are equal length for men and women -- they run the same race.” Furthermore, according to Hobbs, it is also extremely forward-thinking to have the men and women run in a separate races, so that they can be viewed individually by genders.

Unfortunately, getting the same distance for men and women is no new battle. There have been more than a few groups who have lobbied the World Mountain Running Association to make the changes for quite some time now. Obviously, they have been so far unsuccessful.

Even those who were not directly competing, but who have a stake in the world of racing, fell in line with the idea that change needed to be made. Renee Metivier Baillie, the former track star who has two marathons under her belt (including a 2:27:17 debut in Chicago) has recently moved to Bend, Oregon to open a training business. On hand to watch and cheer for some of her own athletes, Baillie felt it was long past time for the change. She cited the problem starting all the way back in high school cross country where women often only run two miles to the men’s 5k (3.1 miles.) 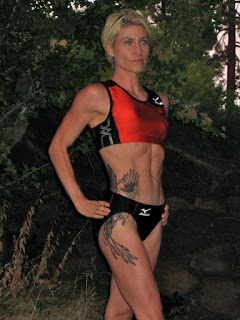 All told, it is wonderful that there are differences between the genders. We are each other’s yin to the other’s yang. Pretending we are the same is folly. Yet, while we are different there shouldn’t be any need to handle women with kid gloves. They have shown, when given the chance, to be made of a tough stuff (Ronda Rousey, anyone?) It matters not whether that stuff is “tougher” than men.  It matters only that women have shown they can handle much more than they are often even allowed to attempt.

Of course, with the talk of gender inequality in pay, there is a silver lining in the sport here. At least on this day, women only have to run 66% as far as men to collect the same paycheck.

Since writing this, there has been some movement to make the distances equal.  There has also been some pushback as well. None other than Paula Radcliffe said "Equality actually means Equal Rights and Respect for every person on this earth. It does not mean we must make everything we do exactly the same as men in the name of equality. Many things we already do better. Leave them be."

While I see her point, I disagree for the reasons listed  above.  For those who may not know, the 8K has long been the standard distance for the women’s course at the IAAF XC World Championships - the men run 12K. Last year things changes and men and women run a 10K course in the “senior” (20 and over) race, though the “junior” women will still run a 6K course. the men still run8K.

Now, I don't think the 12K is special. And women needn't have to move up to that distance to make things right.  Heck, there would be nothing wrong with dropping the men to 8K.

But it should be the same.

I'm more worried about my balls falling off. Seriously though, since women can win the toughest races like Badwater, it is good to keep them from humiliating the men in all the races.

Why would anyone be humiliated by being beaten by a woman -- whether you're elite or hobby jogger? As you say, women can win....
Very cool when a woman wins any race overall.

On the specific question of shorter races for women -- I thought we'd got rid of this 30 years ago. WTF were they thinking?