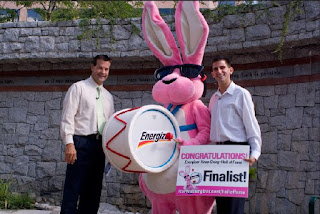 I jokingly bristle at being called a "blogger" as I feel that means you are basically an unpaid writer.  But then again, most writers, even those who have good-selling books, often write unpaid. So, when I found out I was up for the 2016 RunUltra Blogger Awards, I was flattered but didn't give it much thought.  I posted it on my Facebook page, asked people to vote for me and forgot about it. Heck a few years ago I was up for the Energizer Keep Going Award where my charity would win money and I would win money and all people had to do was click.  I didn't win that so I doubted I would win this with virtually nothing on the line.  Plus, well, my writing can be diversive.

My blog is not filled with beautiful epic pictures of me running. I don't have recipes or cutesy little clickbait listicles. I try to encourage others but never pander. Often, I am trying to make people think about issues that they don't normally think about and I am rather opinionated.  All of this doesn't necessarily lend itself to "most read" or "best received." 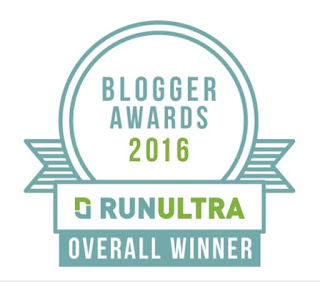 I found out today that I not only won the North America version of the best blogger but the world version as well.  Given that I was up against some rather stiff competition when it comes to not only well- known names, but also well-established and read websites like iRunFar.com, to say I was surprised is an understatement. Often as a writer you work in a vacuum. When people agree with what you say they rarely tell you. It is only when you make a typo or offend the delicate sensibilities of a fragile porcelain daisy that you hear any comment at all.

I know many people run more ultras in a year than I have in my entire lifetime but I do my best to dabble in every aspect of running. I will never be a great runner but I have still done things others can't or won't. That includes trying to run a fast 5k and a 50 miler in the same month type stuff. Adding in a triathlon here and an obstacle race there.

If, at the same time, I am able to bring those adventures to life and have people enjoy reading about them, then all the better. So thank you to RunUltra for this nice award and I hope to continue to produce award-worthy material over the next year.

Congratulations! There are some other great blogs there too! Clearly not as good as yours though - as you beat them all. http://www.runultra.co.uk/News/January-2016/The-winners-of-our-2016-RunUltra-Blogger-Awards