Nickel and Dimed - Qualifying for a World Championship 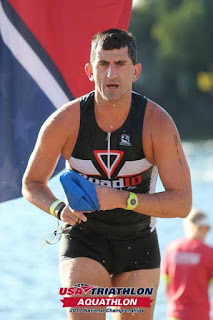 So I made the US Aquathlon National team.  In my recap I said I was proud to make the team but hardly blown away with my performance. In fact, with a very generous selection system, it seemed if you had modest talent you would make the team. Discussing how deep the team went with someone who had made two previous national teams they said "Well, the World Championship is in Denmark. They know half the people who qualify aren't going to make the trip. They just want to collect fees." I wasn't exactly sure what he meant.

Lo and behold I get an email today congratulating me on making the team. In order to hold my spot, I have two weeks to pay $50 to USA Triathlon. THEN, I can register for the race. Note, the $50 not only doesn't go toward the registration but I don't even know how much the registration is until I pay the $50. I could pay the money, see the registration is $200, realize that in a sprint type race that this world championship is I will be noncompetitive and with the cost of travel and everything else, just say screw it.  But then I am out the original $50 because, wait for it, it is nonrefundable. 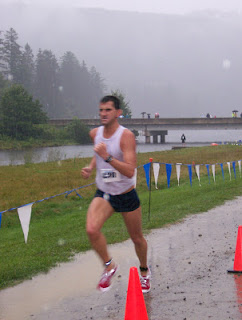 I truly believe that most people don't mind paying for things, even if it is a little more than they might expect, if they feel like it isn't an underhanded nickel and dime job. (I forgot to mention that it isn't just $50, as that Active.com charges a $5.12 processing fee. You know, it is 2017 and credit card stuff is so new-fangled. They are going to have to specifically train someone to figure out that infernal contraption.) If the $55.12 was just incorporated into the fee, or heck if even the $5.12 was incorporated into the $50 of profit for USAT, I am sure many wouldn't mind the expense.
So here I sit. I have two weeks to decided if I want to throw $50 away. I have emailed USAT asking for the registration price wondering if they will tell me before I register.  No response yet. I suddenly recall a similar circumstance when I last attempted to, and did, qualify for the World Championship in 2009.  I had to totally forgotten that this same scenario had turned me away then. Now I have to decide if it will turn me away again.

I received a reply that told me the $50 fee is a deposit that "goes toward the support services (team doctor, mechanics, chiropractor, managers, travel agents, and coaches) that will be provided to Team USA once we arrive in Odense. We’ll also have our team coach supply training plans to all athletes in the new year."  Now that sounds a lot better than just throwing 50 bucks away. It remains to be seen how well that all holds true, however, as I asked a friend who had made the team previously about this and they said "We'll see."

So just when a bit of goodwill had been restored, acting on some prodding from another friend in the know I asked about other expenses. More specifically I had heard that the Team USA kit was pricey ($400) and a parade kit was also required at an additional expense of $200. The reply?  "Those items are mandatory for all athletes that were not on Team USA this year. We use the uniform for four years and the parade package, with the exception of the shirt, for two years. These items will be available for purchase in early 2018."


In addition, I had another friend who had made a team, went to the event and laughed at the idea that there was any special on-hand support services.  So, there's that.

If anyone knows a rich benefactor, I am taking emails. I guess I see why some people set up those GoFundMe accounts.
Posted by Dane at 2:19 PM