I wrote this seven years ago and it remains exactly the same today.

Life often does not go the way we would like it to. Circumstances rarely play the way we want them to. Happy endings are called fairytales for a reason. Fortunately, there is one thing we can control when the proverbial “you know what” hits the fan. That is running.

Last week I had some personal things come home to roost in an unsavory way. I could neither control the outcome or how it was handled. I was forced to simply sit and wait when I knew I could not, well, sit and wait. The weather outside was, according to weather.com, cold and drizzling. The weather outside according to myfrontwindow.com disagreed. The sun was shining and it didn’t look that chilly. But I bundled up anyway and began my run. I could control the run. 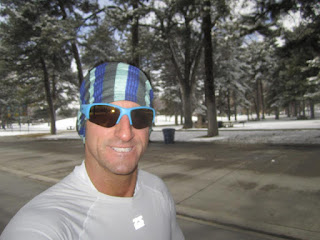 My mind was completely wrapped around the events of the day and I was wondering what exactly would happen next. As I ventured out on a familiar 9.9-mile course (I designed the course and then looked up the mileage afterward, which drives my numerically-minded friends crazy, saying they would run longer to get an even 10 on their GPSs) there was a tender bit of nip in the air. Soon, however, I heated up, took off my hat and rolled up my sleeves.

I realized that the temperatures were warming even while the sky was cloudy. Will that cloud and its dark underbelly venture north from the point of the mountain near Provo and head towards me in Salt Lake? (Yep.) Is that guy making a right turn going to even look to see me coming from his right? (Nope.) Is my mom going to forgive me for not making it home this Thanksgiving? (Remains to be seen.) Oh yeah, I then remembered I still had this crappy situation to deal with.

In the interim, I had run five miles and at one of the places where I checked to see how my pace was going I realized I was cruising along fairly well. I felt a little pleasure at this and then felt a little guilt right afterward as I shouldn’t be feeling pleasure because I am worried about what is going on. Soon I felt nothing. Leaves crunched underfoot, a few raindrops fell and I began the final descent of the last two miles, which drop me about 800 feet from the foothills of the mountains down into the valley near my home.

I finished, running one of the fastest times I ever had on this particular course. I went inside with no real answers to my problems, but at least I had burnt 1400 calories and killed 73 minutes while I waited. And also, I may have actually gotten some insight. Who knows?

Time will tell, that is for sure. But for even a small amount of time, I was in control. That is just one of the many reasons why I run. When the hail began to fall about 90 seconds after I stepped inside, I was thankful that I control the run, because I do not control the weather.
Posted by Dane at 10:11 AM