I have been wearing Timex watches for as long as I can remember. They have had some hits and misses when it comes to the GPS market in the past few years, however. Some watches having some awesome features and others having other awesome features but never really hitting it out of the park so to speak. It seems, this time, Timex decided that they were just going to give many of us exactly what we wanted: "The Simplest GPS Watch Ever." Whether that is true remains to be seen but at a cost of less than a benjamin at $99, you will be hard pressed to find a less expensive one. 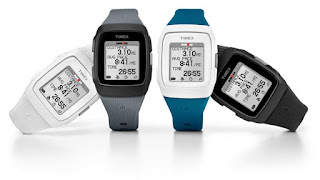 Timex has rarely gone with flair on its design for its watches, of which I am fine. The Ironman GPS falls right in line here with an unassuming, but well-put-together model. The only touch screen on the watch comes when you want to tap the screen for lap intervals. Other than that it has your standard five buttons configuration. In addition to running, biking, and swimming, the Ironman GPS can also track multisport workouts (triathlon training, for example.)  I haven't gotten around to those yet as since July I have only swam twice and haven't gotten on a bike. (Thank you, two random miscreants who assaulted me ad the Austin PD still haven't charged.)  But I have been putting the run part of the watch to the test.


You can customize the watch face to include whatever of the plethora of options one might want to see while running:  pace, distance, time of the day, lap, etc, rather simply. And you can keep it simple on the display as well.  That pleased me.

Like many other reviews I read, I saw I was not the only one pleased that there is no proprietary cable or dock needed for charging. Simply plug any microUSB cable into the bottom of the Ironman GPS and you are set.  Having had other cords go awry and having no way of charging or uploading data without delving into the Mines of Moria to find he right cable, this was pretty awesome.

Speaking of uploading, I really miss the automatic upload of data the Timex ONE GPS+  had available. It is not much of an extra step to plug your watch into your computer and manually upload the file or use the Timex Connect app to transfer the data.  But I am listing the pros and cons and that was one I really liked. But they were going for simple, so I can't complain, right? 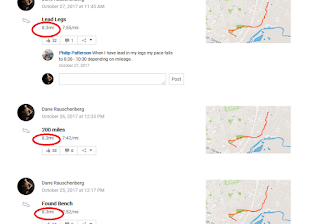 The time to grab the satellites was super fast, something that has often been sketchy at best with other GPS watches. By the time I left my door and got out into the street to run, the GPS was ready.  That is a huge plus. It seemed to do a fairly decent job of tracking me and getting the distance almost spot on for runs I repeatedly do and know exactly how far they are, so that was appreciated.

Also, there is just something about the band of this watch that I really liked. I can't tell if it is its pliability or lack of heft or what but it just feels light and snug. Big fan.

So does, the Timex Ironman GPS do exactly what it sets out to do?  I think so. In fact, it might be simple and it might be inexpensive but it isn't lacking in any real measurable way for the person who is walking the line between just wanting a stopwatch but still wanting to let everyone know where they run.