My hometown is a small place. Not super-duper small with one stop light and everyone has to quickly check the laws of consanguinity before kissing to make sure they are not cousins, but still pretty small.

So when my cousin married the sister of my best friend's sister's husband, I wasn't too surprised. Stuff like that happens there. The fact that they got married on Valentine's Day was pure genius of my cousin's part, I think. Heck, if his new bride had her birthday on Valentine's Day she might have just been the perfect girl: 3 occasions, 1 present!

What was not ordinary was how both my cousin (who is a grown man but whom I cannot refer to anything but Chuckie) and his bride (Jen) brought three kids apiece to the marriage. 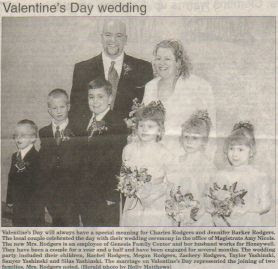 Upon marriage they brought a 7th kid into the mix to bring their happy home to a grand total of 9 people. Crazy stuff.

Well, with those kids (one boy and 2 girls from Chuck's previous marriage and 2 boys and one girl from Jen's marriage, in a surprisingly odd age combination with each gender almost matching identically) and life, Jen let her weight slip away from her. At 5'2'' she was carrying around 270 lbs on what should be a tiny little frame. 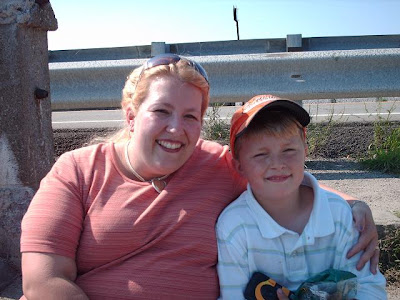 Then in August 2008, as Jen says: "I was diagnosed diabetic. I decided that it was time to take my life back...the life that I so missed yet had no idea how to get there. I cried for a solid week feeling sorry for myself as well as the horrible example I was leaving for my the kids. After that week of tears was over I decided that was then this is now and I'm going for it."

And go for it she did. Knowing she did not want to lose weight and regain it (as he had previously on other diets and programs) she went to a dietitian. The plan however did not work for her because the foods she was placed on did not suit her and she knew she would not stick to it. So rather than just giving up, she made up her own plan.

Her plan works for her by "cutting out many carbs and concentration on meats and veggies....I still treat myself to appropriate portion size goodies because I know that I'll always be a food addict. It is one of the hardest addictions to break because you always need to eat. So as I take it one day at a time and make my goals". 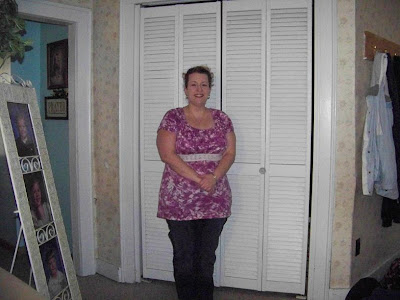 Her second goal is to lose 100 total pounds which she is nearing as we speak.

Her final plan is to make it to 150 lbs by this fall and run in the Drake Well Marathon weekend's events! after that, she will reassess how far she has come and make even more goals.

Obviously cutting food out alone does not do everything (while it alone would help ANYONE trying to lose weight). Jen incorporates exercise into her routine as well. "My exercise consists of 90 minutes a day...with some treadmill running 3 miles and workout videos for walking and cardio."

And it is working. The point of this is that ANYONE can lose weight and get their life back to where it should be. If a 5'2'' mother of 7 (forgot about those SEVEN kids for a second didn't you?) can be close to losing 100 lbs and still keep going, anyone can do it.

Jen wishes she hadn't ever gotten to the point she was but the simple fact of the matter is she did. But she turned it around. When I asked if she would share her story with me she said:

To be honest, I am pretty happy that there is a lot less of her to love these days.

Keep it up Jen! 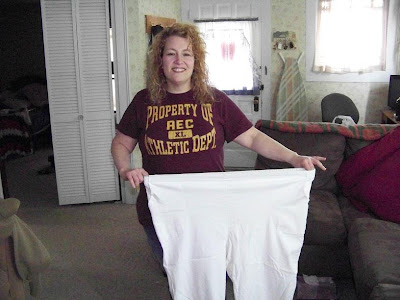 That is an impressive weight loss. Good for you!

You really are to be admired for your newly adopted healthy life style, perserverance and determination.

Good luck as you train up for the Drake Well Marathon events!

I am still debating entering. Sadly it is only 2 weeks after VT100, so I might not be up for a going a full marathon. But regardless, please know I will be supporting you in spirit as you participate in that weekends events.

Best wishes in achieving all of your goals. I am so glad you took back your life.

Great inspiration to anyone that thinks they can't achieve. Many times you just need to start.

Ultrarunners help to motivate, but it's even cooler to see people shed that kind of weight. Keep up the good work. I will run super fast lunch miles in your honor today!

What an inspirational story! Good job Jen, keep up the hard, hard work!

What a wonderful story, Dane! Jen is such an inspiration!

You're looking great! Keep up the amazing work!

Wow, what a great story! Can't wait to meet her in August and tell her congrats. Way to go.