San Francisco Half Marathon and Happenings

For the third time in five years I will find myself in San Francisco for the San Francisco Marathon weekend. And I have a feeling that just like the previous two times, I will have a blast. Doing a book signing at the expo while I work my booth with LIN socks, I am also pleased to be one of the featured speakers at the event as well, sandwiched in between Dean Karnazes and Bart Yasso on the Saturday before the race.

In 2006, the San Francisco Marathon was one of the 52 Marathons I ran in 52 weekends.  Last year I ran the first half of the marathon traversing the Golden Gate Bridge.  This year I will run the second half of the marathon to see what it is like to run through Haight-Ashbury and not be tired by the time I get there.  And even after I finish this year, I still will not have run in all the races that San Francisco has to offer for this weekend.  I guess I will have to keep coming back and sample them all.

The Wall Street Journal recently wrote an article about the San Francisco Marathon and how it is "The Race Even Marathoners Fear." Perhaps, but I can barely think of better publicity for this race than such an article.  Why?  Because runners are, if anything, ones who like a challenge.  Tell them they cannot do something and chances are better than great that they will then spend all the energy time and money they have proving you wrong.  Is this a good or bad trait?  Debatable.  I just know that sure the race is far from easy, but it almost always enjoyable.  Weather-wise it is almost perfect.  Mark Twain reportedly once said: "The coldest winter I ever saw was the summer I spent in San Francisco."  As far as marathoners care that is music to our ears.  While the rest of the nation bakes away in July-August heat, San Francisco keeps us cool. 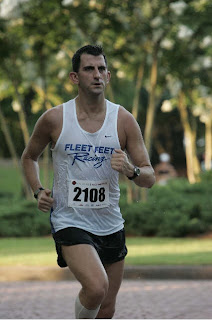 People-wise, it is a well-supported race by the locals, especially in the latter parts of the race when you need it most.  The first part of the race keeps you entertained by running over the world-famous Golden Gate Bridge and within a glimpse of Alcatraz.  All in all, there may be "only" 8,000 or so marathon finishers for this race but those finishers have really been able to enjoy one of the great marathons this country has to offer.  I look forward to once again crossing the finishline in the City by the Bay.

In addition, I am pleased to announce I will be doing a book signing at The Running Revolution store in Campbell on Thursday from 4-7PM.

As my travels take me south of San Francisco prior to the race, I was happy to hook up with a store that more than a few runners at the Napa to Sonoma Half Marathon mentioned was their favorite local running store. I hope San Jose runners will venture down and say hello as I make my first ever visit to this sunny city.

Otherwise, I will see you all, bright and early, on the streets if San Francisco on Sunday!
Posted by Dane at 12:08 AM