I was raised Catholic. Ironically, I have very little guilt left in me about skipping church these days. I guess my parents did a poor job of raising me in their chosen religion. However, they did instill in me a fantastic amount of faith, which I find far more important, and for that, I thank them. Now, this is not a scathing review of religion (and having lived in Utah for four years would provide me with ample ammunition for such a discourse) but rather a review of personal faith gained by reaching out to a higher power in a different way. 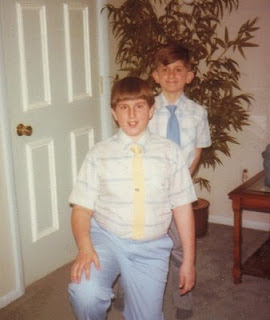 Having gone on a weekly basis to church growing up, with Sunday school afterward, and weekday classes to further my relationship with God, I have spent many hours sitting in a pew or with those who wished to inform me about what God wanted for me. Going to college and grad school, where Sunday mornings became the one day where I could actually sleep in, signaled the beginning of the end of my regular attendance to church. Running 52 Marathons in 2006 on weekends was the death knell.  However, I now consider myself far more faithful with at least as strong an understanding of a higher power than anyone who can quote a passage from Deuteronomy. Running brought me this.

I have seen the sunrise over the Rocky Mountains and watched its rays set a grassy field ablaze in color in a flat Iowa landscape.  I have felt a personal connection with the ground I run on, whether it was a broken-glass strewn street in the hood of some urban plight or the crushed gravel of the Black Hills of South Dakota.  I have experienced unrivaled compassion and friendship from other runners in the middle of thousands on a race course. I have felt the warm glow of friendship from a single runner handing me a sip of water from their bottle on a sultry and sticky hot day on the gulf coast. 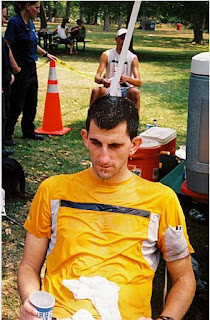 Miles after miles have been put on my legs with Muslims, Jews, Christians, Buddhists, atheists, Sikhs and every other religious sect, lapsed (like myself) or not. Their personal bests and preference of individual lubrication choices meant more to me than whom they prayed to that night.

Does running teach religious tolerance?  I’m not about to go that far.  However, I do know running and experiencing the world first-hand has opened my eyes far more than dressing up in my Sunday best and confining myself inside for an hour a week, going through the motions and wondering exactly how that one person over there can even think about taking communion after what they were doing the night before.

Ever had to reach down really far in a race, long after you have puked, decided to quit, then decided against quitting and resolved to finish this race and move straight to cross-stitching as a hobby?  No matter how much I give myself, and my training, credit for my ability to overcome obstacles and move forward, I cannot possibly accept it all. I know there are times that what I have done makes zero sense and given a certain set of circumstances, probably was not really possible. However, it was achieved. I most assuredly did not do this by myself. Or maybe I did. I have no idea. But I do know running makes me a better person and makes me want to help others.

That is what religion is supposed to teach us, right?
Posted by Dane at 8:53 AM

Dane: A very insightful post from you regarding the "church of sweat". I began running five years ago, and feel on many levels the way you do with regards to the running community. Thanks for sharing your experiences with such an incredible level of honesty. I respect you and your opinions, and continue to enjoy your postings. It may not completely fall into alignment with my beliefs or experiences, however, I respect it because it seems as though you write from your heart and from a place of truth. All the best. Keep writing and keep running.

Some have asserted that Sunday mornings is the most segregated day of the week in the USA - everyone goes to their respective churches. On the race course on Sunday all of humanity is equal in that we have one of the same goals - to finish - and find satisfaction in encouraging others regardless of religious beliefs, ethnicity, gender, age, socio-economic status, sexual preference, etc. For a brief period in time, we are just runners. I like it.