I struggled mightily with this one.  Lots of thought went into it.  But I finally had to make a decision and am sticking with it:

"Canceled" only has one "L".  Hate me if you want but that is how I was raised.

Now onto something far less controversial: the NYC Marathon getting its plug pulled. 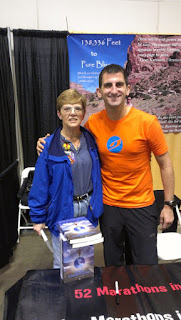 I was signing books at the Indianapolis Monumental Marathon expo when someone asked me what I thought about the NYC Marathon’s decision with regard to its race.  I said that it was going to be interesting to watch it all play out but at least they were sticking to their guns. That was when this person told me that seconds earlier, the announcement had been made saying it was a no-go.

“Well, how about that,” I recall saying verbatim.  Throughout the rest of the day I was asked my thoughts on it and I had to keep deferring.  By the time the day was done columns had been written and everyone seemed to have an opinion.  I simply wanted more facts. With a few more days of reflection (people feeling they need to be the first to write about a story, often needing to retract opinions, is one of the most annoying parts of this instant-information world we now live in) I think NYC made the right decision.  But they did it at the wrong time for the wrong reasons and in a bumbling idiotic manner.

First and foremost, regardless of how bad the damage would end up being, if the organizers had ended the weekend's events immediately when the storm hit NYC, the decision would have been much better handled by most.  Not all, but most. The Myrtle Beach Marathon comes to mind and how a few years ago a bad snowstorm led to the race being canceled.  Well, the snow storm ended up being far worse than predicted.  A few whiny people still cannot get over it, stating how hardy of runners they are and how they will run in everything - missing the actual point. It was not whether Steve and Mary have the balls to be so krraaaaazy to survive cold temperatures but whether Steve and Mary and 700 other people can do it safely.

Now change that to 40,000 people and if the decision was made a week prior to the running, most people could understand and accommodate.  They could cancel flights, hotel reservations, look for other races, etc. Instead, canceling on a Friday afternoon after saying the show would and must go on, left a lot of pissed off people and rightfully so.  Now runners felt, rationally or not, as if the city only wanted to get them into town to spend money on food, hotels and the like purposely making the decision so late in order to assure that. (This probably is not true at all.)

From what can be most gleaned from the words and actions of those in control, the race was not canceled so that provisions could be given to those in need or hotel rooms shared or any other magnanimous hoo-haa which we have read.  It comes from not wanting to be held accountable for looking like you don’t care in the court of public opinion.  It is easier to ostracize the running community, who are notoriously forgiving (Chicago 2007, anyone?) and caring (millions raised for charities every year) than it is the rest of the public who showed stupidity and head-up-their-assness by stating they would hold protests and potentially assault any runners who ran through their neighborhoods if the marathon was run. It’s all about the votes, people. The decision was made that it is better to not make a real decision because then it is impossible to be blamed. “Look, we canceled the race! What more do you want from me?  Now the homeless have mylar blankets and bagels.  Shouldn’t they be perfectly satiated?!” 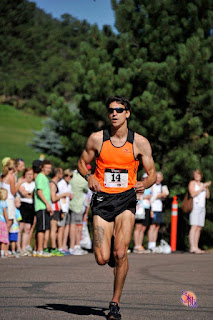 The backlash against those who desperately wanted to run was extremely surprising as was the “well, just find another race a few weeks later” attitude. As anyone who has actually run a marathon can tell you, the tapering and planning to get to one certain day at the peak of fitness and mental capacity is the most delicate of dances. Such a postponement couldn’t screw up that balance any more. Plus, the insinuation that this is just a hobby and skinny running nerds need to relax, doesn’t take into account those who actually make their living at the sport.  Professional runner Patrick Rizzo laid out some great points on his facebook page about how this changed the economic structure of hundreds who depend on these few major marathons to eke by a living. Given how monies are tied to how people perform in a series of marathons, it appears that removing this marathon will have a ripple effect far down the line.

Look, no one who is thoughtful and intelligent is trying to say that running any race is more important that helping out fellow Americans in need. But as often the case in life, it is not what you do, but how you do it that makes the difference. While the marathon was canceled citing reasons such as how the resources used for the race could be used to help others, it seemed perfectly OK to have a home Knicks game on Friday night and a Giants NFL game on Sunday.  Those events won’t be using resources, even if they are smaller, that could be put to better usage in afflicted areas?

At the end of the debating, the simple fact remains that there were about 14 different things the city and the marathon could have done better, especially if they had done so sooner. Changing the race to running four loops around Central Park would have been a throw-back many would have enjoyed (and actually was done by runners themselves.) Announcing right off the bat that the race was canceled and a system to try and make it up to runners would be put in place as soon as possible would have miffed many but gone over so much better.  Immediately talking about how 40,000 people could make the greatest volunteer brigade in history and if runners could come and use their considerable fitness to help those who needed it most might have been the stuff about which movies are made.  But bumbling happened.

Fortunately, because the instant-information world I mentioned also comes along with the need-new-story-ADD-generation, in a few days this will all be gone. We will go back to the election, wars, Honey Boo Boo and other chatter that fills most workrooms. The NYC Marathon will be run again in 2013 (hopefully) as will 500 other marathons in North America.

But hey, take heart runners: for a few days our beloved little sport beat out all the news in America.  That’s a start, right?

Well said Dane, as usual. I think it's the self-assured language of survival, perseverance, overcoming the odds etc that was used by NYRR when the race was still on that has made this climb-down such a PR disaster. It was obvious to many people following the story that an early cancellation was the right decision (it was one of the first things I said when the storm was predicted to hit NYC...).

Anyway, onwards. There will be other marathons.

The ending of this story is yet to be written, though, because NYRR has yet to announce what it plans to do with the race entry fees and other resources that were intended for the now cancelled race. They've begun to dub their PR rescue mission the "Race to Recover". Right now, the NYRR website says that they've donated $1 million to this relief effort, and (with typo): "Please be aware that NYRR will redeploy the marathon resources and materials toward the recovery effortwhere ever possible. We will share the details of this project as they are finalized in the days ahead." Dane, I'm curious to know what you would do if it were you calling the shots at this point?
-JLN

Dane, I agree with you that they handled it in the poorest way possible. However, I absolutely think it should have been canceled, even if the other sporting events weren't. The big difference to me was the fact that the race starts in Staten Island, one of the epicenters of the Sandy destruction. People there didn't have power, water, or food... and here was the NYRR bringing in heated tents and generators and food and putting it right under the residents' noses?

I wish they could have done loops around Central Park - I agree that would have been a much better solution, and it's what a lot of runners ended up doing anyway. If you haven't seen it already, see if you can find a video copy of the press conference where they announced the cancellation. It's very obvious that there was a lot of in-fighting between the NYRR and the city, with the city not being willing to accept anything other than a five borough race.