Let me state this unequivocally.  There is no “purity” of ultrarunning.  Now, why do I even need to feel the need to state this?


Back in July I wrote an article espousing whether an Ultra could ever be in the Olympics. I got a lot of great feedback on it but those who were against the idea seemed to have a common thread of thought.  Basically, most thought the sport is far too pure and sacred to be reduced to the brash commercialism of the Olympic machine.  To add it to a slate of events to be mulled over by announcers who could not tell the difference between a 100k race and a 401k retirement plan would steal the sport of its inherent beauty and pristine nature. 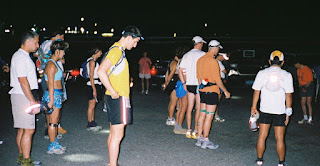 No sport is pure. Period. No sport is inherently more or less devoid of crassness or greed or any of the other negative stereotypes given to events that have a purse involved or a television contract.  Only people can be given these attributes and what they then do in their sport of choosing is what defines them, not the sport.  A holier-than-though attitude exists in some sports about how their sport is above the money and material accolades and prizes.  More often than not, this is because there is no real money or accolades to be had.

Regardless, I cannot imagine a single runner who would not beam with pride to represent their country in an ultramarathon.  Is Scott Jurek any less deserving of a medal than Apolo Ohno and his ridiculous goatee?  Does Pam Smith have no more right to be on the podium with a gold medal than beach volleyball players?  I obviously do not know their mindsets specifically, but I am sure there are hundreds of worthy ultranrunners who would in no way turn down an opportunity to participate in their beloved sport and be able to do so on the world stage.  What sort of course would the runners take on, would the viewing public watch the event if it was televised, and a plethora of other questions remain but none should be whether its inclusion in the Olympics affects the “purity” of the sport. 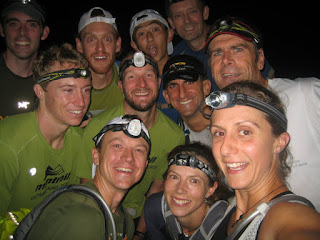 If you have met many of the elite ultrarunners, you would have no worries whatsoever about whether any such games would affect them, even if they received lucrative (and deserving) windfalls and accolades. Most are humble and self-effacing when met with the praise they receive now. Let’s worry more about how ultras are perceived by others, even mainstream running magazines which still treat ultrarunning as a lunatic fringe. If the brethren of the running community cannot give ultras their just desserts, what chance will the rest of the world give it? Then again, curling is wildly popular when given the right framing. Perhaps an ultramarathon has a darn good chance of succeeding in the Olympics.

It cannot be as bad as rhythmic gymnastics, that is for sure.
Posted by Dane at 10:56 AM

Some of us enjoy both playing curling and running trail 50-milers!