Last week, I went to a viewing of the 1981 Cascade Run Off but on by Run Portland.  If you don't know what this race is, well, you should.  Not should in the "runners are the bestest and you should know the history of every little tiny race that ever existed" type of should.  But should in the "it more or less effects every single aspect of sporting events in the United States since its running."

So what makes the Cascade Run Off so memorable? Well, for the first time, runners openly accepted prize money, ringing the death knell of what was known as shamateurism. It is hard for many to believe today that there was an era, let alone decades, of time when people could not compete openly for money in whatever sport they wished. However, with Olympic glory more or less being the only way many athletes (especially runners) had any chance of making any sort of living whatsoever off of their abilities, runners had to do everything they could to make sure their ability to run in those games wasn't taken away from them. Openly accepting any sort of prize money would be one way to all but guarantee a lifetime ban. 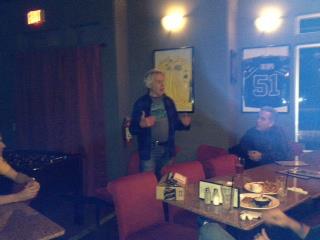 When the runners who came to this race decided to do so, they knew full well what the potential dangers were.  They knew this could mean they would never race in an Olympic games again and any shot at representing their countries at home or abroad as a runner would be done. What was special about this reviewing (and those wishing to watch some grainy film that feels about 30 years older than the 30 years it is can find online) was the race director of the Cascade Run Off, Chuck Galford was there to give us some history of the race, especially the epic 1981 running. It is one thing to listen to those who have heard secondhand what went down- it is another to listen to the man responsible for the race existing.

I have personally been fortunate enough to talk to two key components at length about that day's events.  Bill Rodgers, who took fourth overall, once shared some interesting perspectives on that day as we went for a run in Pittsburgh a few years back. Anne Audain, who won the women's race, filled me in on a great deal of her personal feelings about the race when we met in Boise back in 2010.

Without a doubt, the boycott of the 1980s Olympics by Jimmy Carter fueled an ever-burgeoning balloon of amateur athletes who were against the ability to make a buck off their talents.  Robbed of what was for many, their only shot to compete, they saw little reasons to worry about what the downside would be.  With races exploding in numbers and more people running than ever before, the time seemed right to take a stand. 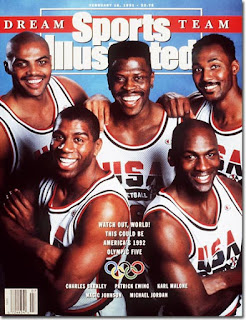 Unintended implications can now be seen emblazoned on shirts like "In my dreams I am a Kenyan."  When elite runners from other countries saw that a few big paychecks could more or less fund not only their training but sometimes the training, food, schools and virtually entire livelihood of some villages, the entire landscape of running changed.  When people wonder what happened to American runners in the past three decades and how until only very recently have we become to be competitive again, they needn't look much past that warm day in June in Portland. There are obviously other factors which contributed to a lull in American dominance but when the talent pool increases, matters become different.

Regardless, to think that such things like NBA stars in the Olympics and paychecks for elite runners which allow them to not have to work 40 hours in a retail store (while the latter still is far too prevalent) can more or less trace their roots back to a 15k held in the Pacific Northwest, it is good to know a little bit about that race.

(For more info I suggest checking out this great Running Times article from two years ago.)

Thanks for that post as it brought me down memory lane just a bit. I ran the 1991 (so 10 yrs later) Cascade Run-Off as a member of the Atlanta Track Club Open Women's Team and we placed in the top 5 (which was astonishing since we competed against the likes of Nike teams with elite athletes). I also ran my 15K PR in that race (the long downhill helped). Wish they still had the race as I'd run it again in a second.