Get Off the Sidelines

When I left the corporate world over five years ago, I did so in direct contrast to everything that had led me to that point previously. College begat grad school which begat interviews with governmental agencies which begat…52 Marathons in one year? Where in the heck did that come from? Wait, you are now moving to Utah and taking a huge pay cut to take a job in the running world? And now that job was rubbish so you are going to work for yourself? Yep.

This was not done fearlessly. For those who applaud my braveness in taking on the unknown, I am quick to tell them that half of my decisions were simply reactions to things out of my control. I am rigid but I can adapt. Both attributes have been paramount to my steadfast decision to never work an ordinary job again. Curveballs would only begin to describe what has been thrown at me as I have done my best to move forward. 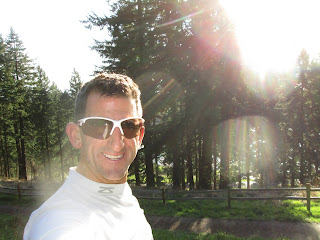 Very little of it has been easy yet here, where I am now, it is obviously worth it. If I had known it would take this long and all I had to do was persevere it would have been a cakewalk.  But that’s the point: we rarely, if ever, know when the payoff of what we work for will be. So we soldier on, hoping sometimes against hope that what we seek is just around that next corner.  Here an obligatory passage about enjoying the journey on the way to the end is too easy and would be a smidgen trite. We all know we should stop and smell the roses. I am hardly need to tell you this. And sometimes, honestly, those roses stink.

Focusing on a goal and sinking our teeth into it deeply all while shrugging off the stings of arrows is what gets many of us through each tough day. You cannot do so while ignoring all that happens around you but being aware and reacting is different from knowing and being distracted. If you have a goal, and you think it is worthwhile, then do not let anyone or anything stand in your way.

Life, like running, rarely rewards those who sit on the sidelines.
Posted by Dane at 12:43 PM

I am in that place right now that I need this "talking too." I have been in that place for YEARS. One foot in front of the other -- this is what I have to tell myself when I grow so weary waiting for the payoff. Something's got to give. Thanks for this entry -- reading things like this helps to give me a little push.

Sounds similar to my life! And, it is not an easy decision every day, especially when I look at my bank accounts - sad, but at least I am giving it my best shot.

I walked away from the cooperate world, and have started my own personal fitness training company Fitness After Fifty: believe & achieve. Every day is a challenge, but I am doing what I love to do by helping others live life the way it should be lived. Some shake their heads and asked me why not take the big dollar job? I simply reply, "money does not mean everything to me - I want to tell my transformation-2-life story to Encourage, Inspire, and Motivate others live a healthy active injury-free life.

One of my goals is to meet you, and Thank you for inspiring me,