Conversations With Runners I Have Never Met 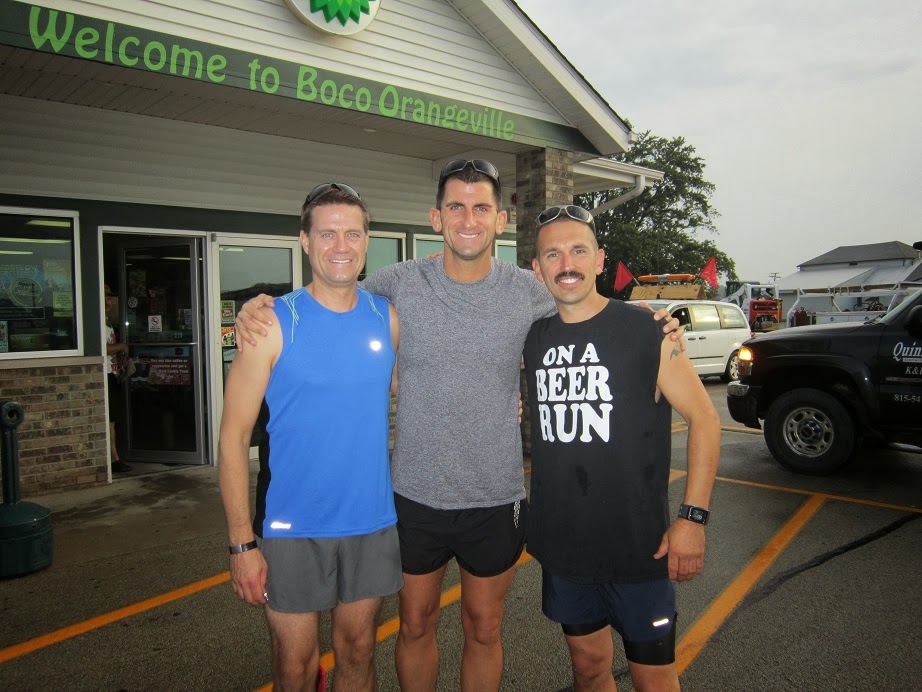 It may be odd, but I speak with runners I do not know and who do not know me every single day.  I am not talking about on social media but rather in the real world. How am I able to pull off this feat? Well, because these chats are not actual conversations but ones that go through my mind when I see other runners out and about. Sometimes, I am running and enjoying the day with them. Other days I may have already finished my run and I see them running by. And still others are when I am in transit in some other form than running shoes.

Regardless, when I do see them, there is no shortage of questions I want to ask them. I wonder if this is a good run for them. If not, what is keeping them going? What made them start running? Are they training for a race or running just for fitness? Have they always been a runner or did other sports call their name first?

If I am running, I curse silently to myself if they are going the other direction because the chance to talk will be nothing more than a wave or head nod. If I overtake them, I wonder if they mind if I would stop and chat. Sometimes, it is all I can do to not stop them and ask them some, if not all, of the questions I have in my mind. I obviously resist, as I would not want my workout interfered with by some nosy stranger.

However, I do often shout words of encouragement. Sometimes it appears to be appreciated. Sometimes it falls on deaf ears that are plugged with earphones. There are even a few times where I get a look as if it is none of my business how good or not their run is.

Nevertheless, even when I never exchange so much as eye contact, I silently wish them well. I am no great runner to be "proud" of people I do not know, but I am nonetheless. I am proud regardless of their pace, present physical shape, or grace in running. They are not on couch. They are running.

Once I mentioned to someone that runners are the friendliest/most honest group of people that I know. She scoffed. She said it was an arrogant statement because she felt people on the whole are honest and friendly. I was curious why she said it was an "arrogant" statement. She said by my saying "runners" I was including myself. To be honest, for whatever reason I was not even including myself in that "runner" category. It was as if I as looking at the runner category from outside. But upon further review, even though I have so much to learn from those who came before me and much to share yet with those who are yet to follow me, I am indeed a runner.

So arrogant or not, I stand by my statement. I cannot count the times I have been racing against each other neck-and-neck, straining against everything and neither of us giving an inch. The finish line looms and neither wants to give in. Then the finish line passes underfoot and I turn around to either give a hearty handshake or a sweaty hug. In fact, I have hugged runners at the end of almost every marathon I have run. I have also handed water to other runners in a race when I saw they missed a cup from a volunteer. And every time I have done this, I know I wasn't the only one.Go ahead and count the nice things runners do for each other. Even in the middle of the race. You will soon run out of fingers.

Think about other walks of life. Doesn't happen much there, does it? I think it was renowned runner, doctor, writer (and many other things) George Sheehan who said something akin to "Tell me you are a runner and I will understand more about than you can imagine".

I shared these feelings with other runners I know and here were some of their responses: 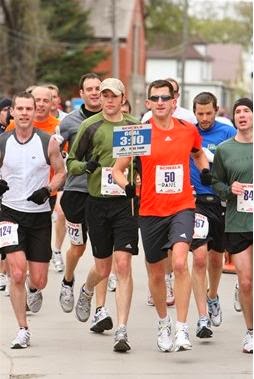 "When I am in the car and I see runners, I want to jump out and run with them. OK, well, maybe I just want to race them. But still there is recognition. I like that a seemingly solitary sport is very much about community."

"There is an old man in my neighborhood who passes me in his car almost daily on my morning runs. He always sticks his head out of the car and yells something extra cheesy like 'waaahoooo!' or 'you go girlfriend!' It is never rude and always makes me smile. He must have been (be?) a runner."

"Runners are the friendliest people! We admire in others the dedication we know it takes to do what we love to do."

"Once, during my 5 A.M. run, an elderly gentleman stopped his truck to help me when I was being chased by some less than friendly dogs. He now honks and waves as if it say 'way to keep at it' every morning he sees me running. I just wonder if he was a runner in his younger year."

"I'm usually jealous and/or feel guilty when I see someone running. Even if I have run 20 miles that day I want to run some more. I always want to acknowledge them and let them know that I too am a runner, as if that is all one needs to know."


Nice to know I am not the only one conversing.
Posted by Dane at 11:43 AM