Day Three: All hope is gone.

We haven’t seen the sun in 72 hours. The white cloud of despair has enveloped the city.  As I forage around the city, looking for signs of life, all is still.  In the distance I hear a wolf howl or perhaps that is the whistle of the last train out of town. Carrying with it are the lucky few who won The Lottery and are being whisked away to sunnier lands, where promise of food and shelter caused riots for seats. 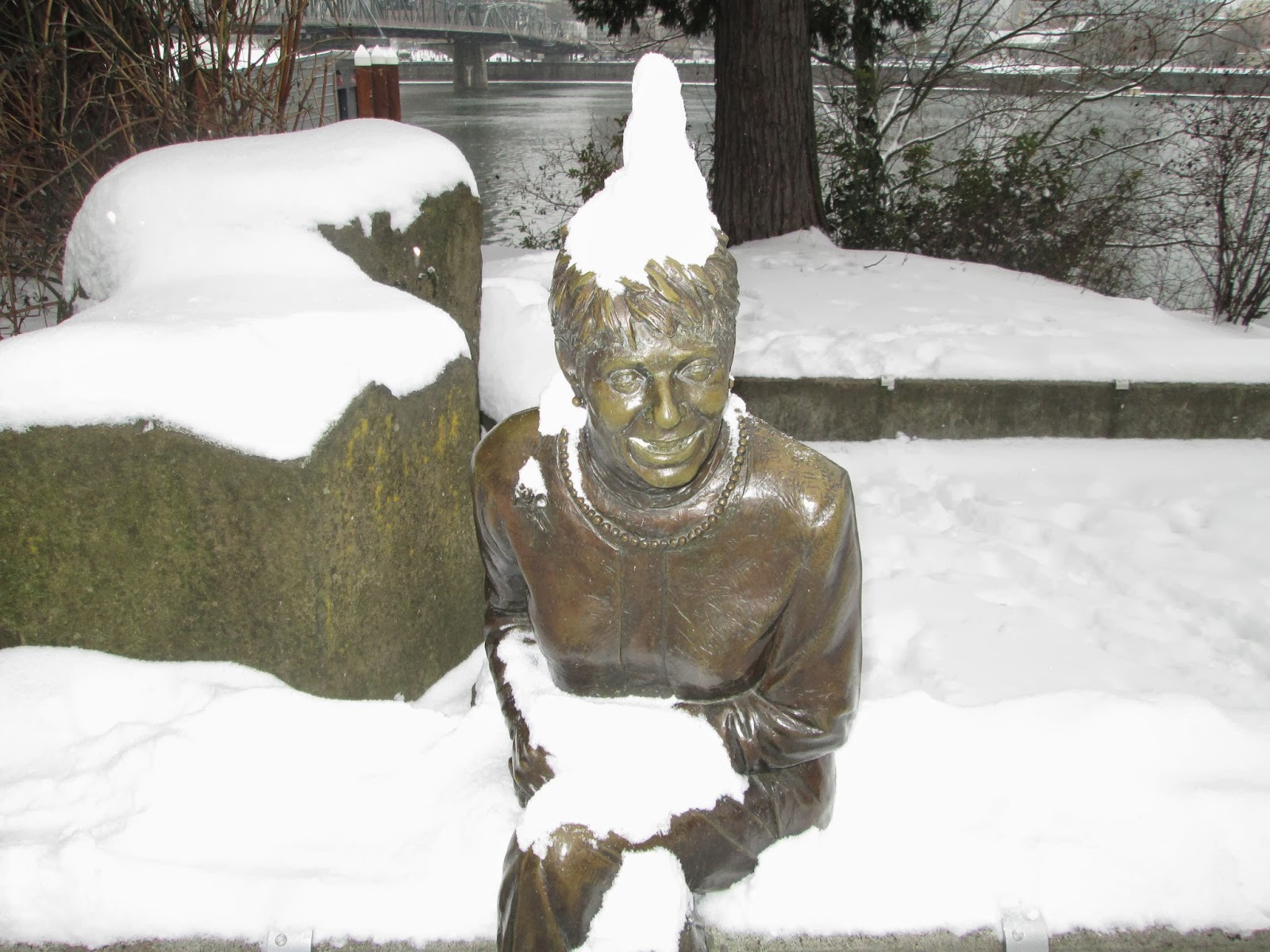 Cars are abandoned. Stores are closed and locked with heavy steel gates. Rumors of marauders on skis are confirmed by tracks in the snow and the bicycle count meter on the Hawthorne Bridge continues to register their skis.

The yarnbombers have given up, keeping their warm thread to themselves in order to stave off the wintery mix. The bleating of the Belmont Goats is pitiful and heart-wrenching.  Like the citizens of the People’s Republic of Portland, the goats are distraught over the solid rain falling from the skies.

Discarded Voodoo Doughnuts pink boxes seem to be cobbled together by some to form crude shelters. The bacon, maple and Cap’n Crunch smells seem to be attracting many suffering from glaucoma and “chronic” pain.

As I round the many bridges, none move. The Willamette has become frozen six feet deep (possibly just an 1/16th of an inch but I can’t be sure) and all boats are locked in place. I make my way to the Pearl District, once known for its warehouse turned into trendy lofts. Without a doubt these lofts have been cut off from reality (as they were anyway) and will revert to warehouses again. 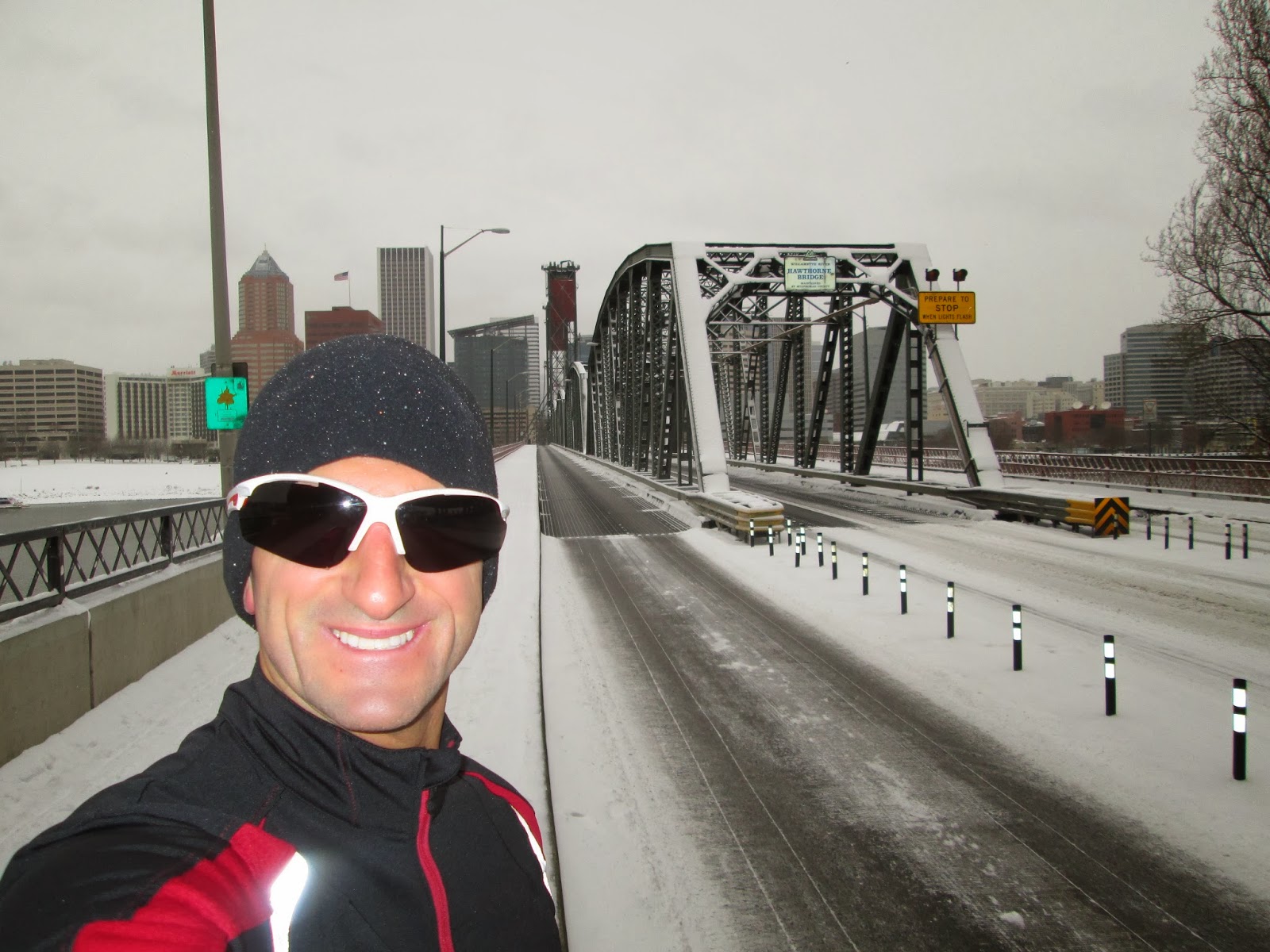 The smell of burning pages licks my nostrils. Discarded books from Powell’s are being used as tinder. Suddenly, a pack of crying bros skirts down the street, placards, scarves and axes in hand. From their throats rips the cry:

They are on the warpath.  The bloom is off the rose. We have all become trailblazers.

All hope is gone.