The Cost of Obesity

I recently made a few comments on my Facebook page about obesity. I have learned that you can say something akin to “water is wet” on the internet and someone will be either offended or confused.  So let me start here by saying, I don’t hate fat people. (Sad I had to do that.) I hate obesity.

Given my athletic background, people assume I have never struggled with maintaining a healthy physique.  Along with death and taxes, people making assumptions are the only guarantees in the world. So when I attack the weight problem this country is simply being overrun by, I do it from a place of knowing and caring.

Here’s the thing: I know how hard it is to maintain a healthy weight. I have averaged 2500 miles of running alone each of the past 5 years. Meanwhile, my weight has, at least in the past two years, edged ever so higher. If you don’t think that running thousands of miles and still needing to watch your weight doesn’t put you fully aware of how hard it is to win the battle of the bulge, you obviously aren’t getting me. 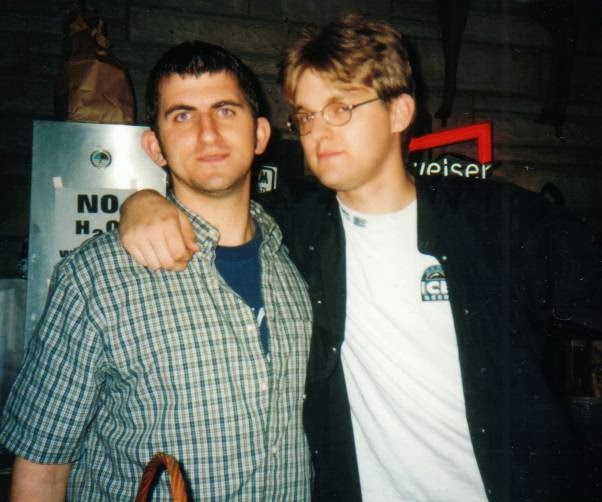 One of the things I have most taken pride in is the fact that there are not many 6’1’’ 180+ pound marathoners out there who can run under 2:50.  I have to take pride in it because even at my lightest, I have rarely gone under 170 pounds as an adult.  I simply am a larger fella then some. I was also a 225 pound rugby player in college who let that body get fat post-collegiate athletics. I have not always been fit. In addition, I still have to battle to keep myself in shape even as my total marathon count approaches 150.

I tell you all of that as precursor so that you will hopefully understand where I am coming from when I sound off on obesity. I despise that some of my closest friends and family battle weight problems. I very selfishly want them to be healthy not only for their own sake but because I want them around as long as possible. I am also completely aware there are many factors that go into why America is the unhealthiest it has ever been. In addition, there are many theories as to how we can fix it.

We are, undoubtedly, fighting an uphill battle. I know there is sloth and laziness and gluttony amongst some obese people. But I honestly believe that many who are overweight are trying their best not to be. We have problems with labels where we think that foods are healthy are not. We think that drinking juice over soda pop is an improvement (which it rarely is.) Many across this nation have limited access to fresh foods and if they do have access, cost can sometimes be prohibitive.

I often hear we should shop local as well as supporting farmers and markets in our area. This is where the hashtag “suburbanproblems” was invented. Not too many people in Brooklyn have a farmer and his cattle ranch on speed dial. The market down the street is as close as they will ever come to a farm. Our own government does not help by making foods that are better for you more expensive to buy. Although, I will admit, that with a little time and creativity, healthful foods can be just as inexpensive as their costlier fast food alternatives.

However, therein lies one of the many problems in American life: finding time. Americans work too much, doing too little for too long. The 40 hour work-week is a thing of the past. Getting eight hours of sleep every night is stuff of legends. Every day gets long and every night gets shorter. We commute too far, vacation too little and are dying too young.

To wit I have often heard the reply that “If I want to be fat, that is not your problem.”  If only it was so self-contained.  Take a look at these statistics.

$190 billion -- That's the amount of added medical costs every year that are estimated to stem from obesity-related problems. It’s nearly 21% of total U.S. health care costs.
105% -- According to a study conducted by the Brookings Institution, this is the increased amount that obese Americans pay for prescription drugs compared to individuals who aren't obese.
$3.4 billion -- Cars are burning around 938 million gallons of gasoline per year more than they would if Americans weighed what they did in 1960.
$164 billion -- The Society of Actuaries estimates that U.S. employers are losing this amount in productivity each year due to obesity-related issues with employees.
$6.4 billion -- Every year, this amount is estimated to be lost due to employee absenteeism related to obesity.
$1 billion -- U.S. airlines are consuming an extra 350 million gallons of fuel per year due to overweight passengers.
$14.3 billion -- This is how much childhood obesity costs the U.S. each year, according to a published study from the Brookings Institution.
$62 billion -- Medicare and Medicaid are spending nearly this amount every year on obesity-related costs.
$66 billion -- Columbia University researchers say that if current trends don't change, annual obesity-related medical costs in the U.S. could increase by this amount by 2030.
$580 billion -- The Robert Wood Johnson Foundation predicts that annual economic productivity loss due to obesity could hit this staggering amount by 2030 unless the current situation changes.
(Source)

At what point did your eyes glaze over?  Or did you read all of those sobering statistics? Do you see how letting yourself die of obesity is not only hurting you but hurting others as well? It is now not just a self-contained problem. It is a problem that affects everyone in this country. Add those numbers up and the total is nearly 1.1 trillions dollars. TRILLION! 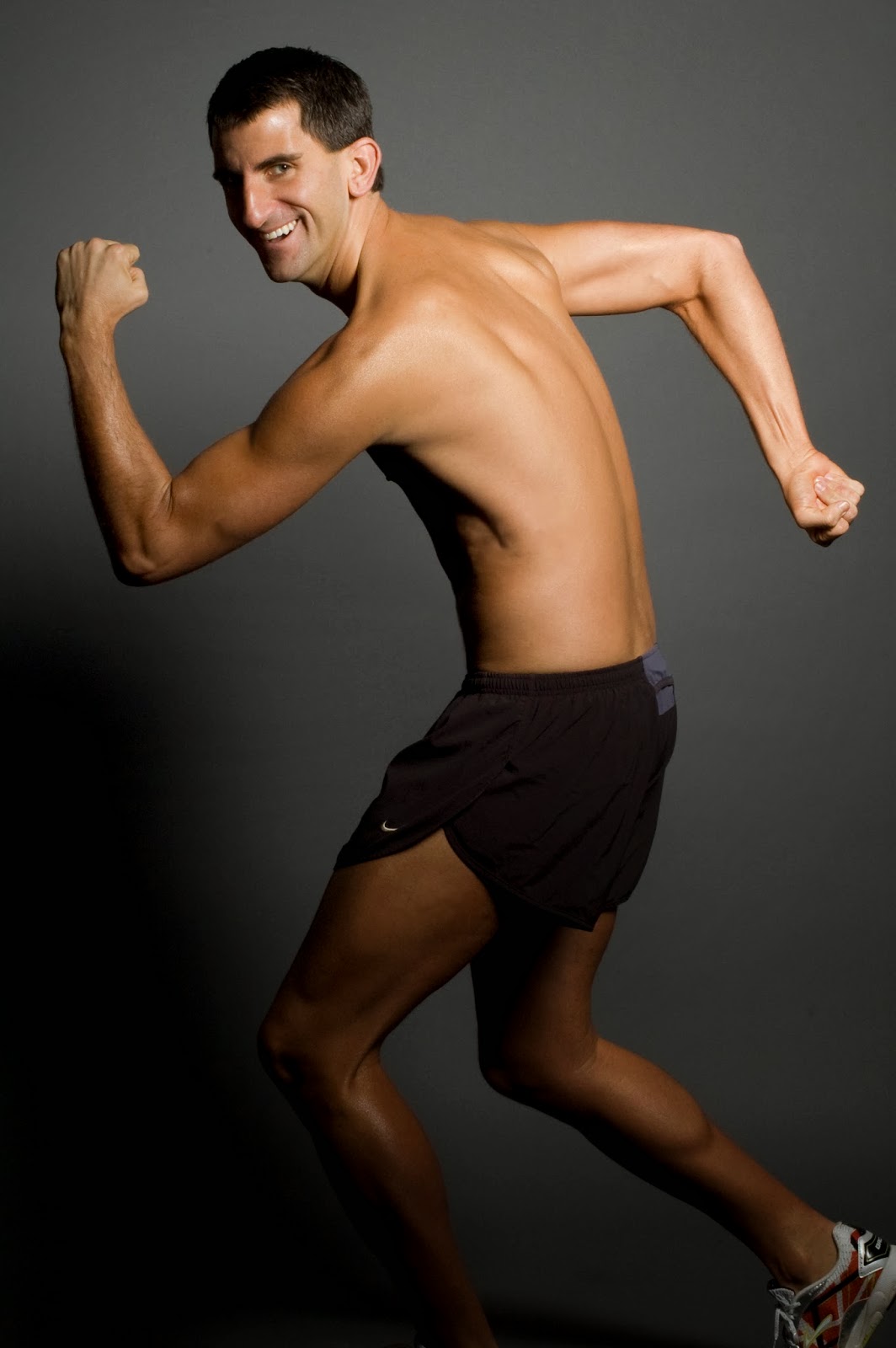 This problem is not as simple as Calories In, Calories Out, as I touched on three years ago, but without a doubt exercising is just as important as what we eat. But this is not where I will tell you what to eat. Or how to train. Or how to lose weight. You see, you will never hear me tell you I have the answers for everything. Nothing bristles the hair on my spine more than the fads or trends which try to say they are the one true way. People who give advice in cookie-cutter form, so vague it could be used for any situation, sicken me.  In fact, I caveat virtually every bit of advice that gets dragged out of me with “This is what works for me and it can change at any time and has.” However, given the struggles I have had and how much I have fought through them, I do know there are ways you can improve your situation. The only question remains is whether you want to or not.

For your sake, for the sake of your loved ones and for the sake of this country and the world, I really hope you want to. This requires time, energy and education. There is much misleading information out there as well. But we can beat this problem.

The key word here is EDUCATION. If you don't want or have the desire to be educated about what you are putting into your body.

But, you can't live that way. You aren't suppose to live that way. My tipping point came when I wanted to happiness more than the hell I was living in. So I started educating myself. I had the desire to learn what I should and should not be eating. It was a process.

But over time I also learned to listen to my body and I found out I had hypothyroidism. I've not only had it medically taken care, but I try to eat foods that will help my thyroid operate at it's optimal level.

It's all in education and if we truly understand what's in our food and what it does to our bodies it will change our habits (even with those so-called "good" foods we eat).

I agree with your point of view. It is a sad commentary on our society that so many of us blind ourselves from reality and chose to ignore it.

Living life to the fullest ! said...

Well said Dane ! I am not any where near your caliber ..but I am an avid ultra/ marathoner .I am continually challenged to keep myself in check . At 6 ft and 170 lbs I am consistent at a 3:30 marathon.
Thanks for the inspiring words as well as the many in your face wake up facts !' Keep Running !
Ron

Awesome article! I completely agree with you.

1 step further-let's base health insurance cost on a person's physical health. Perhaps $ will motivate those out of shape to get moving.

It's definitely not just calories in and calories out. Food is manipulated by big companies in labs tapping into raising dopamine, and playing on emotions, besides physiological hunger. I tell many patients, "They make (junk) food so they can make money, they don't care about your health". Too often people don't know they are being manipulated. Then metabolically, their bodies change, and their efforts to lose weight seem futile. It is very sad.

I'm a formerly obese person myself. One of the main reasons I changed myself is because I have a now nearly 7 year old daughter who looks up to me. I want her to 1 - not struggle with her health later in life and 2 - to understand that this is the only body we have and that she needs to take care of it.

Thankfully she gets this as she sees me race, watches as I train, and knows the difference between what's healthy and what isn't (and if she doesn't know, she asks).

Raising a healthy America doesn't have to be hard. Like you said, it takes education. I am youth fitness certified and work with kids to help them maintain a healthy lifestyle. It's not easy...

Great perspective, Dane. You know my story. Possibly wouldn't be here today if I hadn't decided I wanted to defeat obesity. It's hard but so worth it to be able to live life to the fullest!

I couldn't agree with you more, Dane! Helping people out of obesity is one of my life's missions. Thank you for contributing great info and perspective to this subject.