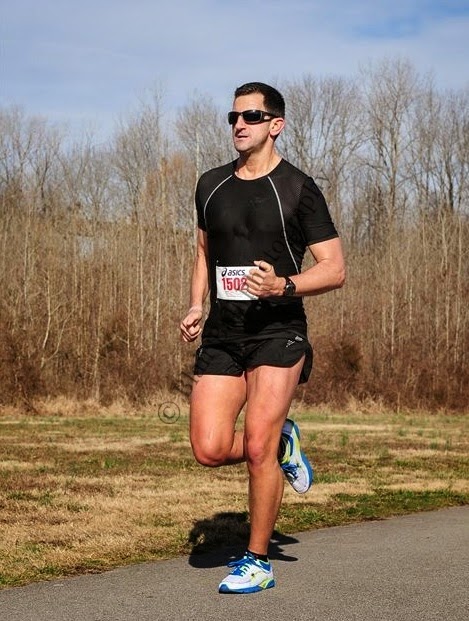 * People are often disappointed in their result no matter what it is. It could be a PR by a huge unexpected margin but they are still not happy. I really find this disheartening because I wonder if they are ever truly happy about anything. I finished a half marathon last weekend 11 minutes slower than my PR and found tons of silver linings.

* People do not seem capable of listening to their own bodies and running within themselves. One particular runner will always go out way faster than they are capable of holding onto for the entire distance, falter and crash. This is not just once but dozens and dozens of times with the same end result. Yet they steadfastly hold to their ill-conceived, completely irrational plan that has never panned out. I think it is the German in me that gets a tad bit of schadenfreude by watching them never succeed.

* People do not listen to the advice they ask for from others. This is one reason why I hesitate about giving any when asked for advice. Regardless of the fact that everything depends on factors too numerous to list, I just bristle when I am asked for advice, give it, have it not be followed and the person does poorly. A much wiser friend of mine taught me a trick that basically just involves asking someone what they think they want to do and then agreeing with it. Makes you seem like the smartest person on the planet.

* People do seem to be enjoying themselves in a variety of different races. That's good. That's really good. The marathon gets too much attention anyway. I love it. It is a great distance but it has become a tad blase'. I think far too any people take on the distance before they should and then having completed it, don't go back. So when I see all the other distances getting some love, I smile. The more people who race hard at shorter distances means the more people will eventually race hard again at the longer distances. Fast is Fun.

* People seem to enjoy in eating and drinking after a race almost as much as they do running the race. There is nothing wrong with enjoying food (I guess. I am not a foodie so I don't get it.) But, it appears to be very evident that they are not helping their own health as they are vastly underestimating how many calories they are taking in for their "reward" for finishing a race. Finishing a race should be your reward for finishing a race. Not eating something that has three times the calories you burned in the race.

* People are stepping up their writing game a lot. Race Reports used to be awfully short and uninformed. I wrote a race report on how to run the Old Dominion 100 miler 7 years ago because I couldn't find anything other than "There is a hill . You go up it.  Drink water." when looking online for help. There are also a lot of people who still think writing is easy and it shows. That makes me feel good about my own writing. :)

Basically, I need to get over the flu so I cannot stop reading and go running. 11 Days and counting. This is not fun.

Sorry to bring up soul-patched Apolo again, BUT your first bullet point made me think of something he talks about in his book I just finished. There were several races in the Olympics where a fall (from him or others) would result in him NOT winning gold. The media would ask him if he was devastated or angry. He had the BEST attitude about it. He would just say things like, "No, I won Silver!" or "I won bronze! I'm at the Olympics! I gave it my best, and these races happen how they happen. I could not be more happy to represent the USA and to be here competing." Stuff like that. No regrets or remorse or disappointment. VERY mature and cool of him. And very mature and cool of YOU, too! :)

BUT I do agree that people think they can run 2 miles and eat 1000 calories and then complain that they are running why are they gaining weight? Drives me crazy when I see that.

I tend to eat quite a bit after my races, mostly because I don't eat before. I haven't found the right combination of nutrition to consume before a race that won't upset my stomach.