On Being a Race Bandit

Last November, runners were told to get over ourselves. While I agree that on some level this assertion is true, I can also think of no subset of the human population that couldn’t be told the same thing. What raised the ire of many runners was this proclamation was coming from the mouth of a self-professed  non-runner. Like the old adage of “I can make fun of my family but you can’t”, this one came from outside the inner circle. That’s not acceptable.

Then runners were hit from within.

One runner at a half-marathon in NYC recently posted a bunch of selfies with herself and other “hot” male runners in a race. Relatively harmless, the piece went viral, although I wondered if it would have received the same haha praise if a male runner had done it with “hot chicks” in the background. (No, it would not have.)

Then a few days later, another runner and blogger Ashley Hesseltine, thinking this selfie idea was brilliant, usurped it for her own article. Problem was, unlike the runner in NYC, she didn’t pay for the race she decided to run. She became a bandit. But worse, she became a smug, not-particularly-funny bandit, writing about it without the best of writing skills relying on mainly snark and cursing for humor. When runners deemed to tell her being a bandit was wrong, her self-righteousness went to eleven. 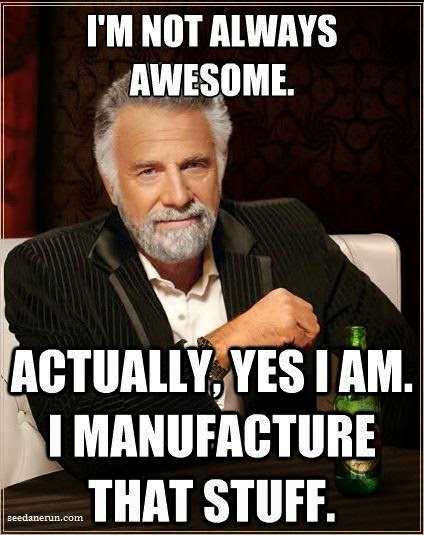 I have no doubt that some people were probably far too bothered by it and I am sure others took to insulting her personally rather than her actions. Of course, if you title your own blog “Witty + Pretty” you are asking for people to take swings. I get it.  My job title on Facebook is “Manufacturer of Awesome.” You don’t think if I have a bad day or race or comment or whatever that those who don’t like me aren’t going to jump all over that? Please. But I digress. (I also am pretty freaking awesome, so no worries on that one.)


By the time many read Hesseltine’s blog for the first time, the addendum she added in response to the initial commenters simply oozed with indignation. If I had to guess, even though Ms. Hesseltine is a runner, I bet she never had banditted a race before. She probably wasn’t expecting such vitriol or anything other than “You so funny!” Thinking she did nothing wrong, she had to stay on the attack when those speaking of what she did pointed out it was uncouth. (Coincidentally, I had unknowingly read other articles by Hesssletine in the past which I only now realized were hers and the same confrontational-for-the-supposed-sake-of-being funny attitude permeated throughout those as well.)

Races cost money for a reason. People who take part in them fairly do so because they have paid for that right. I won’t list all of the things that runners’ fees go to pay for but police officers, road closures, aid station food and drink, chip timing, race medals, t-shirts and course entertainment are just a few. Claiming, as some of her defenders did, that the roads are public and they pay taxes so they can use them during race day is asinine. Your taxes pay for school chemistry labs too but you can't just waltz in and fire up a Bunsen burner whenever you want. Plus, on top of all the other safety reasons in races that existed prior to April of last year, we now live in a post-bombing of the Boston Marathon world. People who aren’t where they are supposed to be are going to be looked at different. Sure, Ms. Hesseltine is a white woman but if she was a Chechen or Middle-eastern man doing the same thing, she would be looked at differently. This is not me taking the slippery slope too quickly; this is looking at real life.

Here’s the thing. We all make mistakes. I banditted a race once. I felt wrong after, especially when it was pointed out to me, a newbie, that it was wrong. But even in that race I did not take any of the fluids, food, or medals for finishers which others spend their money on. (A picture since taken down, apparently showed Hesseltine taking bling she didn’t pay for.) Also, I definitely did not bandit specifically to write a post about it in hopes of bolstering my writing career. Therein lies the fundamental problem with Hesseltine’s post and why so many were bothered. The whole  “Thanks for the PAGEVIEWS, suckas!” attitude showed absolutely no remorse whatsoever or even a hint of “Sorry, my bad.”  If either had popped up, I am guessing runners would have dropped the whole issue. But, the more people disliked her, the more it fueled her post being viewed and the more she fired back at her “trolls.” Unfortunately, just because someone disagrees with you, does not make them a troll or a bully, both words Hesseltine threw around in her middle-fingers-up-and-ablazin’ responses.

But that sort of response is fairly typical of the too-cool-for-school Gen Y blogger. Saying “Get over it already” and then writing ANOTHER blog with one of those horrible non-apology apologies to milk her 15 minutes even more didn’t help matters at all. I guess that is what they do over at the Huffington Post. Click bait. (Just be happy she doesn’t write for CNN or she might have written about Malaysian Air 370 for the past two weeks and then complained about people being upset about her mocking the crash before writing another post about us needing to get over it.)

Stating she had raised money in the past for charities and had signed up for this race again already (which I found shocking that the race would allow) seemed to show she was a good person. She probably is. But it was strike two at missing the point. She made a mistake and did something wrong but rather than just owning up to it she put up another layer of talk-to-the-hand to her haterz.

Perhaps this is another case of runners needing to get over themselves. But runners are rather good at self-policing their sport. When someone gets out of line they get whacked down. One can claim as Hesseltine did that her entire post was all in the name of showing off her city or just trying to be a comedian. Even supposedly sending in a check afterward to pay for the registration fee smacks of Hesseltine trying to buy her way out of the hole her own attitude created. Simply taking it on the chin would have done her a world of good. Of course, contrite and logical doesn’t get pageviews. 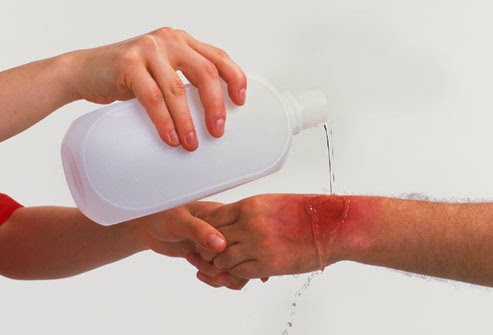 I hope those pageviews were worth it in the long run. Of course, if she did a few more of those long runs, her times would be better.

Some people just don' think. And when their actions are proven other than intelligent or in good taste, instead of admitting it and apologizing, they go down the wrong road. Ugh! I would never even think of being a race "bandit" (learning new terminology every day), especially living in NYC, where looking at a cop wrong can get you jailed or worse. But to do so brazenly and without respect for the people around you...as a runner, she lost all my respect, and the respect of others. Hell, I want more page views, but I'm not willing to use a "do anything" attitude to get it.

Well said. She even thought the word "bandit" was made up. If she's going to blog about a sport, either for real or in jest, she should at least learn the lingo. You're right that she's probably not a bad person, but exhibited bad behavior. If I'd been her, I think I would have slinked away in embarrassment and then thought twice about my actions. But it seems so many people her age have a sense of entitlement. Hope she learns from this experience.