If you want to see what the elevation profile of what runner number 10 (my leg) of the Hood to Coast Relay is, this is not the recap to read.  Looking for detailed descriptions of planning and executing a flawless transition between all runners with secret shortcuts to get your vans where they need to be before every one else? Yeah, you won't find that here either. Nor will you hear about how many people I may have passed during each of my running legs. Details surrounding the exact specifics of the race itself can not only be found more handily in many other places but they can be told to you by people who have experienced the HTC, five, ten, even thirty times. As for how I ran specifically, for the most part, not many care.

This is, instead, a recap about intensity, gratitude, kindness and fun.

To begin, in my very first leg of this relay, it appears I aggravated/created a partial tear in my Achilles tendon/gastrocnemius. Not the end of the world but a definite end to my immediate running plans. While I finished my other two runs, I did so gingerly and paid close attention to any potential damage I would cause. No race ever is worth long-term health. Fortunately, I was able to finish without much worse for the wear, especially since I was such a late addition to this race. 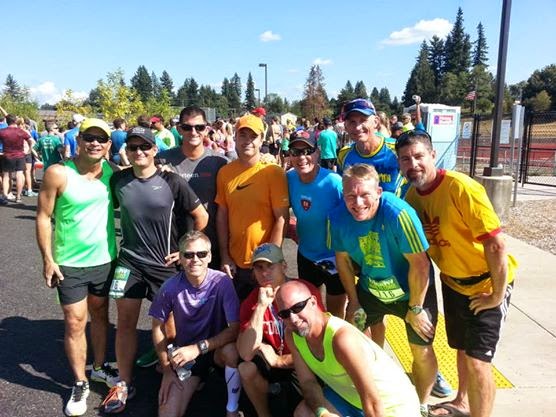 I was asked on the Wednesday before the event by my friend Shawn if I happened to be around Portland and willing to join his team. For a variety of reason, I was and I did. So when the leg reared its ugly injury head just 2-3 miles into this day, I was obviously bothered. The reasons for the injury, however, went beyond the usual. I did not wish to let my team down, nor did I want to potentially cancel other running plans with other friends. It really didn’t have much to do with my own health and well-being, but rather the promises made to show up to starting lines in due time. However, you play the hand dealt to you.

Relays are fantastic because of the intensity one can have during their own running and the silliness which can happen when they are not.  The seriousness each runner takes with their own leg is balanced by how little others actually care about their teammate’s performance during those very same legs. Didn’t run your projected time? So? As long as you had fun and gave your best, the team is happy. Very few will berate their buddies who gave what they had that day.  And if they do, I have a feeling those people are the ones who never get invited back.

Don’t get me wrong: people take this race seriously, even if they are sandbagging how much they actually do care. This is because people do not want to be the weak link. They want to be the one who can be depended upon. Need someone to run an extra mile (or four) because van traffic is so bad that vehicles take over two hours to go two miles (this happened and as of yet there is no real explanation as to why it did)? Well, pretty much every runner is happy to add to their total for the sake of the team. The team comes first. 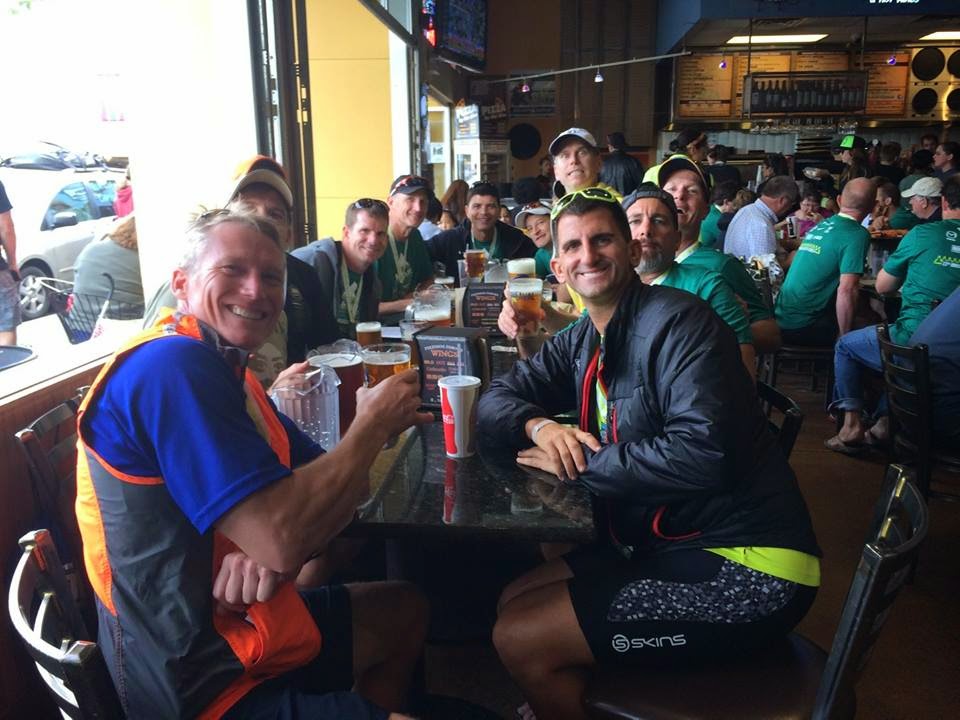 My team, the Fighting Squirrels, was comprised of 11 other great guys. It was an honor to be amongst them on this journey. In a little over 25 hours, we experienced lost runners, mixed up exchanges, nearly overturned Chevy Suburbans, tremendous gastrointestinal distress and more inside jokes than normal people gather through months of being around each other. (“How many is a Brazilian?”) 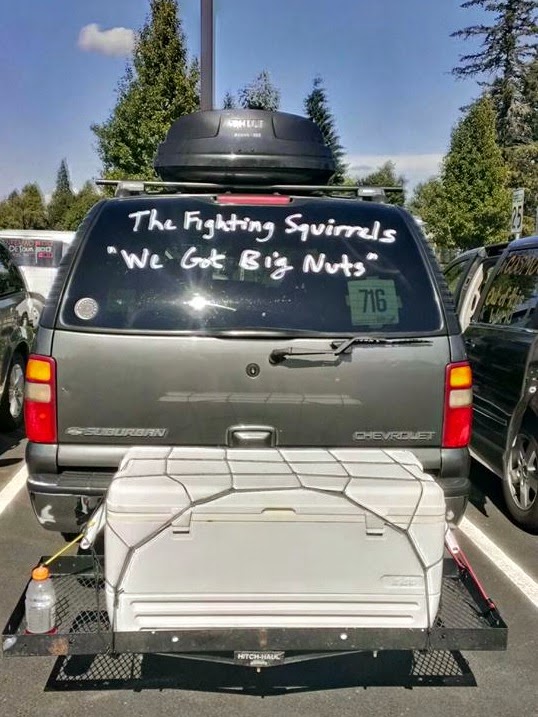 In the end, crossing the sand to the finish line (albeit a tad hackneyed in its manufactured-ness even if I understand why) was not a spiritual experience. But it wasn’t far from one. I knew just one of my teammates before the race started. Now five of them are good friends and the six in the other van are, at the very least, close cousins.


The Squirrels put on a great show and ran well. More importantly we had a great time doing it. In addition, it sure is nice to know I picked up eleven more local running buddies. I can't wait to go searching for nuts with them.

Nicely stated Newbie Squirrel - I would say you earned your nutz, but that would come out wrong somehow. Twas a pleasure running with you this weekend...