To The Edge: A Man, Death Valley, and the Mystery of Endurance - A Book Review 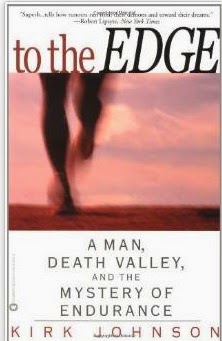 I first heard about the book To The Edge when I watched the movie about the running of the Badwater 135 mile race, Running on the Sun.  I saw that movie right around the time I ran my first marathon in 2001.  Even though I had no desire to ever run further that 26.2 miles (or after that disastrous first marathon, to ever run again) I still became very curious about the Badwater race.

While I still hope to run the race someday its popularity has soared in recent years. Simply getting into the race is probably as difficult as the race itself. As such, when simply gaining entry into a race is made difficult, I often desire to do it less. Let everyone else fight over entries. I will just go for a run. However, for Kirk Johnson, getting into Badwater wasn't all that tough in 1999.  In fact, he might be one of the first to admit that he probably shouldn't have even been there.

Johnson talks about how a tragedy helped propel him to taking on the NYC Marathon and how dealing with that brought together the tattered remains of a family that seems to be on the edge of disrepair. The book reads well as Johnson himself is an actually writer who happens to run a bit, not the other way around.  Also, unlike many popular running books, it wasn't ghost-written.

Do not buy this book if you are looking for a how-to.  It is not one which describes the course itself in an any in-depth ways.(As an aside, I have often heard people say they wished my first book, See Dane Run, has better described what I had done for training, for preparation, etc. Since Johnson seemed rather neophytical when he was training he probably didn't make note of the minutia. I know I didn't. I do know that if See Dane Run had been nothing but stats it would have been an awful book.  As for course descriptions, heck, courses change all the time.  Why waste pages describing that tough hill at mile 18 if it is going to be gone next year? But I digress.) Rather, Johnson's chops as a writer are best shown when he is describing some of the participants involved in the race: Curt Maples, Lisa Smith Batchen, and Marshall Ulrich, who Johnson fawns over like a teen girl over Justin Bieber. Although, if you know anything about Marshal you know you probably should fawn over the man.  He is amazing. 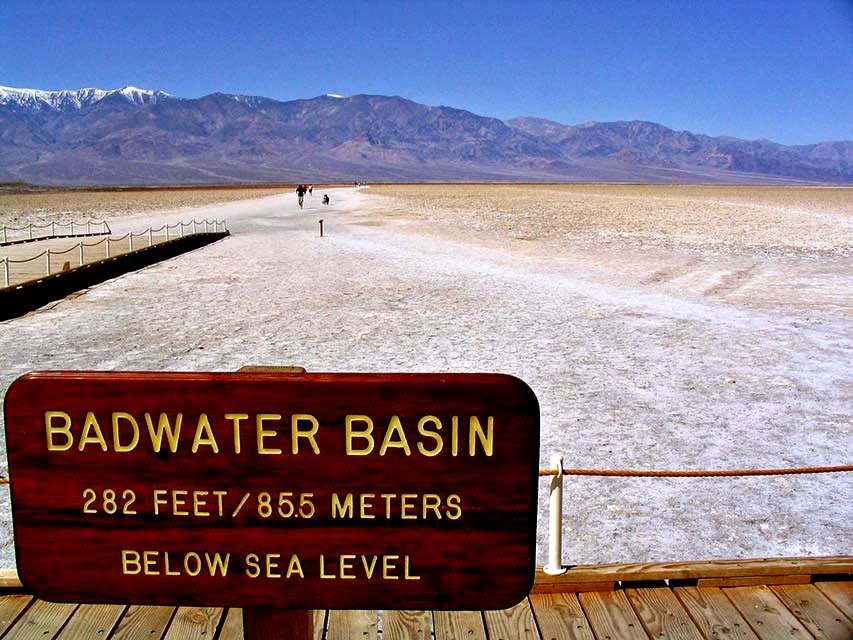 What I did not find particularly enjoyable to read was something I have seen quite prevalent in story-telling about races and training today. People like to underplay their own readiness for races so that when the event is finished, they could put forth a face of "Look how amazing I am for having undertaken this with no planning at all!"  For the most part that is bologna. Example: tomorrow I am going to run in 12 hour relay with a friend. Even though I am going to sign-up for it tonight, and really only decided to do it yesterday, I have heard about it for over a month. To act like I heard about it, signed up for it and ran it in less than 12 hours would be false. I learned long ago that if someone is going to be impressed with what you have done, you telling them to be impressed will not matter. And if they aren't going to be impressed, well, same thing. That is how some parts of this book read. Badwater is tough. Very tough.  If someone doesn't get that, well, they aren't going to get that because Kirk keeps telling us it is. Then again, it is tough as hell.  Maybe he should keep driving that point home.

I can say, having seen the movie, that some of the more dire circumstances Kirk describes are not done with hyperbole. His near-seizure early in the race, the storms throughout, and his quote of  "I'm alive. I go on." near the end are true to form. No real embellishment. That I appreciated greatly.

Since the book is 12 years old, one of the questions I had was whether Kirk continued to run races. One does not get the sense that Badwater turned him into an avid ultrarunner. With a name as common as Kirk Johnson I couldn't really find any definitive proof one way or the other.  I sent him a message at the NY Times but heard nothing in return. Maybe he will see this and reply. I'd love to hear where running has taken him in the last decade.

As it stands, this is an enjoyable book and definitely harkens back to a time when ultras where much more fringe.
Posted by Dane at 3:38 PM