Black Lives Matter. But So Does Intelligence.

When Black Lives Matter became a rallying slogan, I was at first a little confused. I thought that all lives mattered. Then I realized the point was that black lives are marginalized by many facets of the population. While this country is far better than it once was when it comes to race relations, even say 20 years ago, racism is not dead. That is obviously unfortunate. Who knows if there will ever be a time when race is not a divider. We can hope, that is for sure. Unfortunately, some of the Black Lives Matter people seem to be tone deaf, myopic or unaware of history. 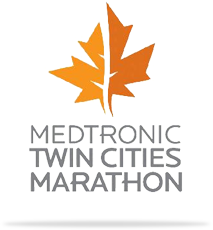 Interrupting or planning to interrupt those whom are on your side is not the wisest thing in the world. When Bernie Sanders had his rallies besieged by protestors recently, I was stunned by the ignorance of those doing so. Bernie Sanders? Really? How about the politicians or people who are constantly against you? Wouldn’t protesting them make much more sense? Then the news came down the pike that a St. Paul offshoot of  Black Lives Matter of was planning on disrupting the Twin Cities Marathon next weekend. Well, this just goes to show you know very little indeed.

Running has been, and continues to be, one of the most inclusive events in the world. Long before it was acceptable to be slow or overweight or far from a world record holder and toe the line of a race, racing led the way in including outsiders. Running was born from outsiders so anyone who wished to join was welcomed. Sure, there is family infighting in the sport itself (trailrunning vs road running; color runs vs ultramarathons) but that is of the kind of arguing akin to “I can call my brother an ass but if you say boo, we are throwin’ down.”

Ted Corbitt, the grandson of slaves, was the founder and first president of the Road Runners Club of America and the founding president of the New York Road Runners Club. When Janet Furman Bowman (formerly Jim) changed genders, the most people were truly worried about was the unfair advantage the gender change might make in the results. There wasn’t any real cry to exclude her from the sport. Time and time again, as social change in places lags behind where it should be, the world only needs to look to the sport of running to see how progress can be made. 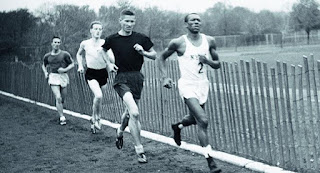 So when Black Lives Matters decides to interrupt a running event to protest an arrest and shooting which they deem unlawful, they are beyond missing the point. This isn’t just an opportunity to hit a large event with many of people around. This is interrupting a place where refuge has been provided to people of all colors and genders. This is interfering with a haven for those who raise money for others in attempts to make their lives better. This is causing a potential interference with the very people who are more than likely to agree with your social stances.  Or to put it another way:

This is freaking stupid.

(As an FYI: Twin Cities in Motion, who runs the race, has this official statement:

We are aware of the situation and are working closely with city officials to ensure the safety of all participants, volunteers, and spectators. Our primary concern is for the safety of all. City officials are currently advising on logistics; we will share more information as it becomes available.)
Posted by Dane at 1:23 PM

Running is and has always been the great equalizer. Everyone is welcome no matter what.

Running is empowering. Running unifies people from every country, every religion, every race. When we are out on the course, we are all runners. This group does nothing but create more division and anger. I don't see anything positive coming from the actions of BLM.
Great post! I hope to see you cross that finish line on Sunday!

The Saint Paul Police will do nothing to protect the race. I have spoken to them in the past before BLM protests. The police say they will stop the protesters from blocking the road then they do not. Black Lives Matters has never paid for a permit to block roads yet are not arrested. Any help to the runners must come from the people. It will not come from the police. A counter movement of 100 thousand people to line the race course and keep Black Lives Matter from interfering might work.

I also want to make a huge leap here and remind people about history. Saint Paul used to be a haven for gangsters. They lived in Saint Paul without fear of arrest and the police protected them. It appears that Black Lives Matters is living under the same corrupt protection.