I have never been what I would consider a high-mileage runner. I feel that many people can not only get by, but can excel doing races of most distances without the totals that get bandied around like badges of honor. Runners read books like Once a Runner and idolize elites who throw down a 140 mile week in their peak training times. We join groups that says we will run the number of miles of the year regardless of whether running that many miles is good for what our racing schedule is like. We talk about "vert" in our running and how much elevation change this and up and down that. Workouts used to be hidden from all but those who just ran with you. Now you can share a picture with a snappy font of your miles and elevation change with just the right filter to make you look so badass.

The great marathoner Steve Jones was quoted in Competitor magazine as having an opinion about what makes an actual marathoner. It seems he feels just completing one does not make you a marathoner. Obviously, Jones was not saying if you finish a marathon you aren't one. It is quite clear he was referring to something more undefinable and existential. Of course, people with too thin of skin lost their minds. (His full quote was: "I have to be careful what I say because I get called out on it sometimes, but I don’t believe that starting and finishing a marathon makes you a marathoner. I don’t believe that. If you’re racing it to go as fast as you can, that’s completely different than being part of an event and just wanting to get from point A to point B.") 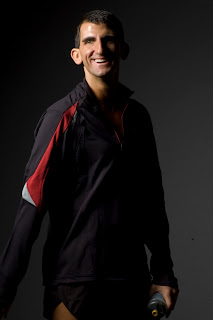 I can't say I agree 100% with Jones although I understand what he means. Racing is indeed for everyone these days and that is a good thing. But to many, the idea is that when you put on a bib number and toe the line, there is an understood agreement you will give your best that day. This was, of course, much easier to believe when you only ran four or five races a year and were able to do that sort of all-or-nothing approach. Times have changed, however. I would say mostly for the better. As with anything, there are a million different definitions of racing, running, or, for this instance "high mileage."

I haven't had a particularly good racing year. I eked out a sub-3 hour marathon earlier in the year to end a small drought in doing so. But other than that, nothing much has been exciting to me on the race clock. Part of my racing is sacrificed because I make a living in the running world which ironically means my racing suffers. Another caveat is how I have been trying and taking part in all differing sorts of races which makes it difficult to even be as good as I can be in one particular discipline (however good that may be.) But in spite of that, I will run a lot of miles this year. In fact, if the year holds up, this will be the 2nd most miles I have ever run. Yet the results hardly correlate to the mileage. In 2009, for example, I "just" ran 2456 miles but ran 29 races, (21 marathons and set my current PRs in the 5k, marathon, and 50k.) Then again, in 2008, the year I ran the most miles, I had my most sub-3s in one year at 6. So who knows? 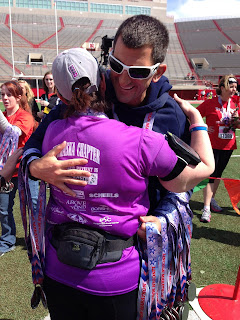 The point I am trying to make is that no one should care who wins the workout. If you are concerned about how fast you race (and to be honest with yourself, if you race you should care) then there should be no need to run any further than necessary to achieve those results. Is it nice to hit rounded zero milestones? Sure. But if it is really getting you down because you aren't reaching them, just convert to kilometers. 2000 kms is just 1242 miles. You get all the zeroes without all the mileage. Just remember, for basically 99.99% of the population (definitely including myself), no one cares about how far you've run unless they are just trying to tell you that they have run further. If they get off on that then let them do so. If you enjoy racing faster, then let the results do the talking.

For me, I can say that I am often impressed with results. However, I am far more inspired by effort. So,
regardless of what your finishing time is at the end of a race, if you gave all you had on that day, consider me a fan.
Posted by Dane at 8:32 PM