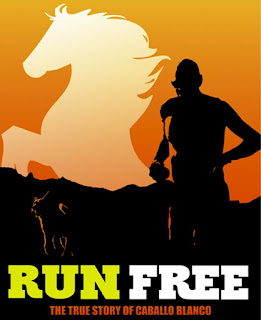 I had the opportunity to watch Run Free, the movie about one of the central figures in the best-selling book, Born to Run, the other day. As a fan of the sport, I will support just about anything that comes along in this fashion, especially if it is done in rather grass roots kind of way (Run Free was made possible by Kickstarter.) Having written three books and had a movie made about some of my own endeavors, none of which were exactly funded by Random House or Steven Spielberg, I like to give back where I can to the sport that has given me so much.

What I find shocking is how little others in the sport of running will do the same. One of the main reasons I wrote my second book, 138,336 Feet to Pure Bliss was because I had encountered so many people who enjoyed running in races but hardly knew where the sport of running had come from, how we were able to do what we do in it, and what others had done to make it so we can instagram pictures of us jogging pedestrianly through towns shut down specifically for us to do so. As such, even though I knew the story of Micah True, I wanted to check it out to learn more about him as well as support the cause.


The review I give on this movie is going to be one that I try to give without passing any specific judgment on the people involved in it at all.  Rather, I will try to say what someone watching the movie might feel or take from seeing it, while knowing it will be hard to extricate what I already know and have experienced.

If you don't know the tale of Micah True (born Michael Randall Hickman) it is an interesting one. That is, of course, if what we know is true. You see, Micah spent a great deal of time distancing himself from his past. Or more accurately, refusing to talk about it. However, as the author of Born to Run, Chris McDougall made clear, if you got Caballo running, he would open up. "Loose hips, loose lips" as the saying that I just invented goes. (Trademark pending.)

Throughout the movie, we get glimpses into Micah's life and how he found himself living amongst the "hidden tribe" of runners in Mexico, as McDougall likes to call the Tarahumara Indians. Although, whether this is a construct McDougall created or simply did nothing to stop when others gave his book the credit, the Tarahumara were far from hidden or even unknown. Recently I found an old running book in a Goodwill store. I love these old finds and enjoy reading training tips and the like from 30 plus years ago. In this book written in 1979 (if I recall correctly) there was an extended chapter on these running gods from the Copper Canyon. Writing a book 30 years later "discovering" them is like Columbus discovering land people lived on for thousands of years. I guess if you make more people know about it who have power, money and influence, you get to plant the flag of Ferdinand and Isabella in it and claim it for your own. But I digress.

The movie then, through a series of interviews and narratives, introduces us to many of the cast of characters in the Born to Run book. The Tarahumara (or Rarámuri- it seems no one has one name in this world) are briefly introduced and peripherally discussed. But this is a movie about Caballo Blanco, even if he intermittently seems to want and not want any attention. The same dual dichotomy cannot be said for "Barefoot Ted" McDonald who 100% comes across as absolutely loving the idea that he is now known as Barefoot Ted. Perfectly pleasant I am sure but a little of his flowery prose and new-agey talk goes a long way. He reminds me of Michael Scott when he said "Sometimes I'll start a sentence, and I don't even know where it's going. I just hope I find it along the way." 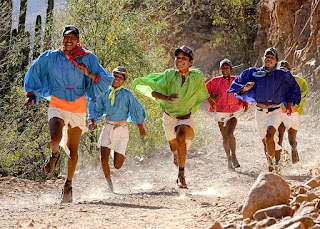 Just as in the book, the way of life of the Tarahumara is romanticized as simplistic or even ideal. However, as even Jenn Shelton, the lone female participant of the race upon which Born to Run was based, has pointed out, the Tarahumara's lifestyle is one of rather abject poverty. Most of what they do is not necessarily out of a desire or want for a simpler lifestyle. Moreover, it is what they have to do to get by. (We never hear from Jenn in the movie personally, which makes one wonder why not.) Sure this lifestyle sounds wonderful when you know you can hop on a bus and be back in your home, wearing your custom-made water-filtration pack with your own name on the side of shoes made for you, in a day or two but would you want to actually live like that? For your entire life? Unlikely.

As the movie progresses we learn about how this ultramarathon race was finally was put together and you can tell that regardless of anything else, Caballo enjoys giving back to the Tarahumara. He might be a mixture of different things, as we all are, but he truly appears to care about these running Mexicans. His work to clothe them, get attention for their well-being, and provide food to the area is not one done with any really expectation of international fame. Which makes the next part rather sad.

Jumping ahead a few years, we learn of Caballo going for a run from which he would never come back.  When he does not come back from a run and is gone for a long period of time uncharacteristically, ultrarunners from around the country flock to the area to aid the search and rescue. When his body is found a few days later, seemingly at restful peace near a stream, it is obviously a sad day for many. Having rather recently met a woman who cared about him as much as he cared about the Tarahumara or running itself, it appeared Micah True had perhaps found a place where at least his heart could rest even if his legs would not.

The race Caballo created has now been taken over by a new organization and while this was not in the film, this year had to deal with being cancelled because of safety concerns about the local drug cartels. These cartels are touched upon briefly in the movie and it really is a shame. Like when the Black Lives Matters folks of St. Paul threatened to shut down the Twin Cities Marathon, it is always myopically horrific when something which is so good and so inclusive has to potentially bow to that which is so corrupt or inane. Even if it has to be moved, the fact that it ran for 12 years and created some recognition for the area means it has done much more for the Tarahumara then anyone else ever has. 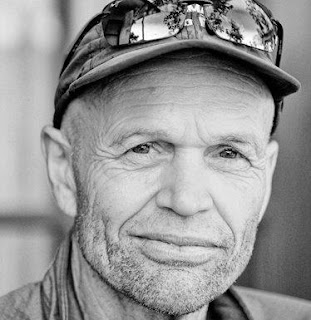 Nevertheless, Run Free was a movie that was enjoyable to watch from a runner's perspective, even if you didn't happen to know half the people in the movie and their views and back stories.  From a non-runner's perspective, it shows a tale of re-invention. It hits home in that spot which resides in all of us where while we know we can rarely change the world, we feel we can can change a neighborhood, if we put forth the effort. Since the world is comprised of nothing but a lot of neighborhoods, this gives us hope for mass change through lots of effort from lots of people.

We appreciate Caballo's own bit of hope.
Posted by Dane at 6:03 PM

Anxious to see the movie to make comparisons to BORN TO RUN. Your report was interesting, well written and whets my interest in RUN FREE.

Nice review.... but whatever you think about the Black Lives Matter movement, comparing them to Mexican drug cartels is a bit extreme.

As I said, it is a shame when "something which is so good and so inclusive has to potentially bow to that which is so corrupt or inane." I didn't say it was on par with drug cartels. And comparison is what we do every day. Equating them might be a bit extreme.