After a Woman Tried to Ogle a Runner, His Response Will (Hopefully) Go Viral. (Please, please, please.)


And now for some levity.  (Following is a parody of this Runner's World article.)

This morning Dane Rauschenberg was two miles into a 5.25 mile run in Portland when a woman playing bagpipes on a unicycle stopped him. He thought she was going to ask him to help catch a Pokemon, but instead she gave him the once over.

“She was like, ‘Not for nothing, but you need new shorts. Your penis is really sagging and if you keep on running, the muscle fibers in your three cylindrical-shaped masses of erectile tissue will break down and your penis is going to sag even more,’” Dane told RunningTimes by Skype. “And then she tells me how it’s going to head even further south than it is now and bruise my knees. My jaw dropped. I was completely caught off guard.” 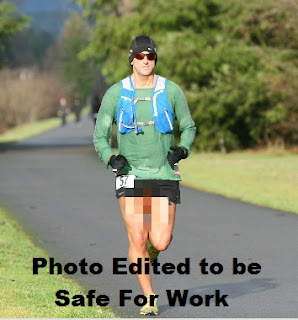 “She acted like by her seeing my fantastic penis, I ruined her whole day,” Dane said. “If it really bothered her that much, she could have just looked away. But no, she came and confronted me, like she wanted an erection, I mean a reaction, from me.”

He told her all of his Jog Straps were in the laundry, and then continued on with his run, fuming. He called a friend, who advised him to go back and get her number. Instead, he used his anger to fuel the remainder of his run, which he ran faster than usual.  But his usual isn’t that fast anyway so it wasn’t too hard.

Rauschenberg doesn’t like to exercise at all if everyone isn’t fully aware of every step, and during one of his breaks for a red light, he spent 14 red lights crafting the perfect response on Facebook, saying what he wished he could have said to the woman directly. You know, if he was witty and she actually existed.

He posted on his own page, then onto twitter, liked it to Instagram and snapchattting it to LinkedIn, liking it on three other profiles he maintains to creating further buzz about this runs, hoping to get lots of attention. His phone quickly lit up, as he started receiving the admiration he sorely needed from strangers all over the world. The post had gone viral.

“I’ve gotten a lot of personal stories from people. This one guy, the first day after I posted it, he told me how he too struggled with an enormous penis and how he struggles with different insecurities with his body and how after I posted that, it helped him see himself in a new light,” Rauschenberg said. “Granted the largeness of his penis continued to block out some of that lights but that’s exactly what I was going for. I wanted people to see their self worth and their beauty even if their penis was only moderately sized (like 8 inches or so.)  The fact that I was able to get even more people to go to my blog and increase my searches on google, my mission was accomplished.”

Rauschenberg took up running not long after starting law school. During his first year, his doctor advised him that running is one of the best ways to get in shape, that it will greatly fulfill his life, and if done intelligently, even 100 milers might be possible. The doctor then said, “Now don’t go quoting me years later as having said that running will kill you and give you cancer!  We doctors sure hate it when you confuse us with the Food Babe!”  However, Dane heard what he wanted and thinking that running could cure all, tried to out eat his exercise. 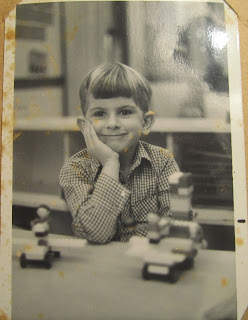 After law school, Rauschenberg realized he wasn’t seventeen anymore and in order to lose the weight he wanted, and race at the times which would please him, he began to follow common sense and his doctor’s actual advice. He realized that while not all body types are the same, not everyone automatically has to like all body types. It was like he realized people can have preferences!  He has now completed over 150 marathons and counting.

Having developed a large penis relatively early in life, Rauschenberg said that he was then very self-conscious about it.

“[This] brought up past feelings, especially the moment she pointed out its enormity through my shorts,” Rauschenberg said. “But it doesn’t bother me because I’m at the age now where I do accept myself and I love myself. I’m not going to let [something like this] ruin my day.  I mean, I will let it ruin my run, make me stop to post about it, tell everyone who is listening about the length and girth of my penis, and seek validation from strangers, but other than that I am unaffected. ”

At press, Rauschenberg was remembering to tuck his penis into his waistband when he runs in that part of Portland.
Posted by Dane at 12:11 PM