Running Around the World

As of Monday August 1, 2016, I have run 24,854.79 miles since I started keeping track on January 1st, 2006. I know I have run a few thousand more miles in my life before I began meticulously marking down the data on that first day of the year when I ran 52 Marathons in one year. However, the number above is a certainty given the ridiculousness of my overly-detailed spreadsheet. But why is that total of any note? Because, sometime in the next week, I will surpass 24,901 miles which is how many miles it is around the Earth's circumference.  I will have run around the world.

Many have run much, much further. A guy who lives a few miles away has already run 2700 miles this year. I will be lucky to run that many miles for the entirety of 2016. But few have gotten more out of their miles than I have. Or, perhaps less sanctimoniously, my miles have gotten me to where I am and I am quite happy with that. 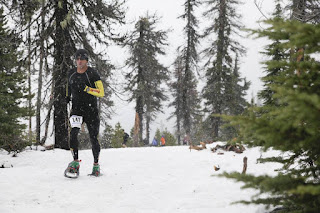 cross an item off of a list. For example, I still haven't run a marathon in North Carolina (and won't for the foreseeable future as I boycott the state for its horrible human rights actions and lack of democracy). I haven't run a single foot in Africa. In fact, I've hardly raced in my own hometown. Running hasn't been a means to an end for me. It hasn't been about collecting as many medals as possible. It has always been about the journey. Cliche as it sounds, I often get as much enjoyment from a simple hard-run workout on a random Tuesday in October than I do a new personal best in a race. This doesn't mean I don't cherish those PRs. It also doesn't mean I don't care about racing hard. I most assuredly do. What it means is that I know how fleeting a good day in running can be and how lucky one must be to get it. So, however it comes, in whatever form, is something I cherish.

I have learned so much from running but nothing more poignant than the fact that there is so much I don't know. I am not just talking about the sport. I am talking about the world. Its people. Languages. Customs. Viewpoints. Running has opened my eyes to so much. Only when I realized how much it has allowed me to see and experience have I yearned to maybe see it in a more hurried fashion. But I know I will never see it all and hurrying through in order to somehow experience "more" will just mean I will miss things in the present. So, I temper my desire to see it all with the knowledge of what I am seeing can be awesome as it is.

Milestones are nice, however. Even if you sometimes force them like running 40 km on your 40th birthday when you should have stopped 5km before that. That said, I am sure that 24,901st mile will come in some random nondescript place on the corner of Whatever Ave and Who Cares Street while I 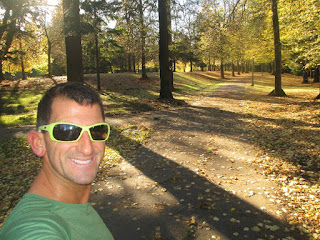 wait for some moron playing PokemonGo to look up from his phone and get out of the way. In fact, if it weren't for some random article about the Earth I read recently, I might have even forgotten that this mileage total was rapidly approaching. It would have passed, unbeknownst to me. But the miles would still have been run. And, as I mentioned before, I have already run past that magical barrier anyway, probably about three or four years ago.

Which simply goes to show you how even when you aren't paying attention, you can still be having a great deal of fun and experiencing even more than you ever thought possible.

Here's to another trip around the globe. Hope to see you somewhere on the trip.
Posted by Dane at 12:59 PM