My extremely un-noteworthy 41st birthday passed a few weeks ago. Forty itself was a bit of a milestone but 41 just sorta made me feel old.  But checking out something I wrote about my 40 km run on my 40th birthday made me realize I was approaching a nice neat little number: my 15,000th day of being on the Earth. So I figured I would celebrate in the only was a number-loving running nerd would - by running 15,000 meters around a track. 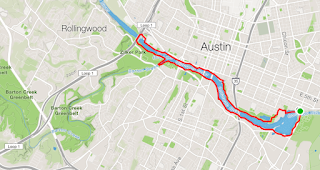 For the metric-inclined, 15kms is just a mere 9.3 miles of track running and nothing more than a semi-longish run for a normal day. But tacking on the milestone to it always means it will be more enjoyable and memorable than trotting along the same 10-mile loop I have some 40 some times since moving to Austin.

I got a later start than I wanted and as such caused myself some consternation in dealing with the heat.  Around 88 degrees and humid when I started, a supposedly cloudy day gave way to bright warm sunshine almost the minute I pulled up to a local track.  I did, however, bring a Camelbak handheld water bottle, a wash cloth to wipe my sweat off during the run and a towel to wipe it off even better afterward. Throw in a completely froze bottle of water to thaw in the heat and be ready for me to drink when I was done and I was better prepared than most runs in this oven-baked town.

When I started out I knew I had to do 37.5 laps. I like running laps. Some get bored or bothered by them but I enjoy the knowledge and clickability of knowing how far each and every step takes.  It is one reason why over Labor Day I am directing 5 different marathons/half-marathons in 5 States in 5 days - all on looped tracks. Having directed similar races, I have found people sometimes dread them coming in and then loving them going out. 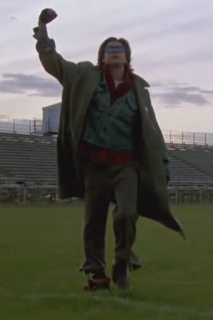 Before my best friend Shannon came and joined me for a few laps, I ran a few miles with only one other soul on the track. A 56 year old black man whose name I did not catch (and looked like he was 39 tops; seriously, black don't crack, y'all) walked 6 miles while I was there. He said he did this every day. When he drove away near the end of my run is hos powder blue metallic Miata convertible I wanted to give him the Judd Nelson Breakfast Days Power Fist for being so awesome.

My goal was to keep the laps as similar as possible. I had no goal other than survive the sun so I figured whatever I ran for the first few laps would be the time I would set my inner metronome to.  When it comes to pacing, I am the bomb. A 3:09:50, 3:09:52 and 3:09:52 as the 3:10 pacer for the Carlsbad Marathon three years in a row will attest to that.  So, after my first half loop, I decided to se what I would be running today.

Stopping and grabbing a bottle didn't slow me down. In fact, I sped up a bit before settling into a nice even pace again. (1:51.72; 1:52.89; 1:52.37; 1:53.32.) I blame the first 1:53 of the day on me miscounting laps and thinking I had already done a 5k.  I was shocked how fast the time was for a workout and spent thought energy trying to figure it out. Realizing I counted the first half loop as a full loop took half a second of mental energy and slowed me down a touch. You will have to forgive me. 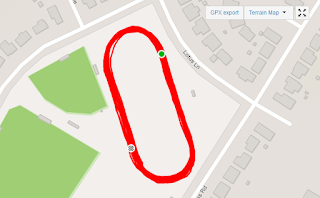 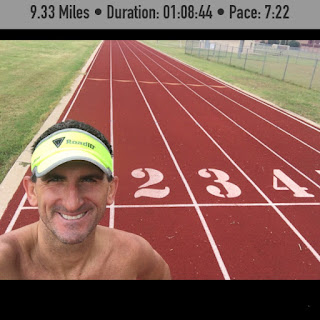