On Running for Time 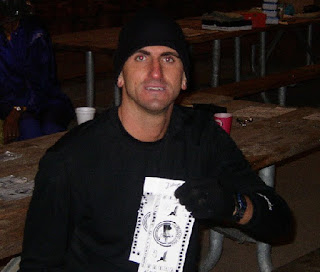 Even as running in every form (mud races, foam races, relays, etc.) becomes more prevalent, the idea is always to get to the finish line in as little time as possible. But what if no matter how fast you run, you never reach the finish? That is the idea behind timed races.

Timed races—or runs where there is no set distance, only a prescribed amount of time in which competitors run as far as they can—have been around for over a hundred years. People used to pack crowded, smoke-filled, indoor stadiums to watch these “pedestrian walkers” (as they were called) traverse small cramped circles over long periods of time. The races faded out of style for decades as did the crowds who watched them.  Recently, however, they have roared back into the running public consciousness. The most common races begin at six hours and go up to 72 hours, but you can find just about everything else in-between as well.

However, running a timed race is a completely different beast than running a distance race. But before I get to some helpful hints on how to run one of these races, let me tell you why you run one in the first place. 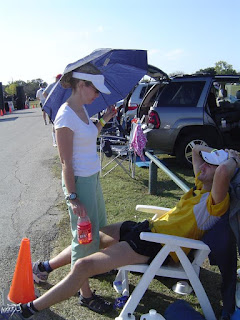 1. First and foremost there is no “DNF.” If you start a timed event, go 10 feet, and stop, then you finished. I once ran a timed race where I ran for 3.5 hours, broke for 90 minutes and came back to run the final hour. I had originally decided to stop entirely but then seeing I was still in second place, decided to try and catch first place. Unfortunately, I did not as 90 minutes was too much time to make up the distance. Someone said they were glad I came back to finish the race. I looked at them and said, “I ‘finish’ this race whenever I choose to do so. That’s the beauty.”

2. Most courses are built around a short loop of a mile or so. As such, timed races are an excellent way for a novice ultramarathoner to go over the marathon distance for the first time. Access to food, drink, and one’s own clothes and supplies makes running longer distance far easier. Novices needn't worry about all the logistics; more seasoned runners can concentrate on running even further.

3. We often hear how running is the only sport where mortals get to run with legends. This is true, but that is only in the strictest sense of the term. A race begins and a few sub-elites will see the front-runners—for a few seconds. After that, well, they might as well be running a different race. But in timed races, once you get over the potential ego-crush of being lapped repeatedly (and you will, quickly), seeing and cheering on those much faster than you becomes a treat. You get to be a spectator and a participant at the same time.

Now that you know some reasons why a timed race might be appealing, allow me to give you a few tidbits on how to race them. Why should you listen to me? Well, I have run a few timed races, and even a few long timed solo runs, and have done fairly well at them. In fact, I have the longest distance ever run at the Presque Isle Endurance Classic, a 12-hour run in Erie, Pa., held in October each year. When I ran this race in 2003, just two months after my second marathon ever, I had no idea how to tackle this sort of event. As with running 52 Marathons in 52 Weekends, sometimes ignorance is bliss. Eventually, running 84 miles in that 12-hour period (8:34/mile), I was pleased to win the event without knowing how amazing that was for someone like myself who was a middling runner at best at the time. In fact, the closest anyone else has come to my distance since then is 77 miles. 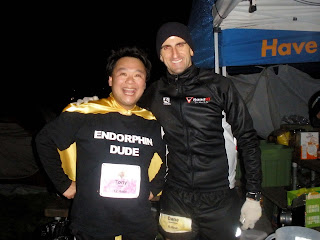 In addition, I have epically bonked, bonked and rallied, and ran smart throughout numerous other timed races. The fact I have run the gamut of failure and success should be enough for you to give my opinion some weight. Or not. I am still going to share it anyway.

1. Remember to drink and eat. You would think that with easy access to your nutrition, this would not be a problem. However, complacency sets in when you think you can grab what you need at any time. Next thing you know you are in the hole because you went 10 miles without so much as a sip of water. Force yourself to remember to take in what you need at regular intervals.

2. Break it down. Even though it is a timed race, you must think in small bite-size distances to get through. Each lap provides you with an ending point in which you can manage what can be a Herculean task. Because, as mentioned before, no matter how fast you run, you aren’t getting to the finish line any quicker. 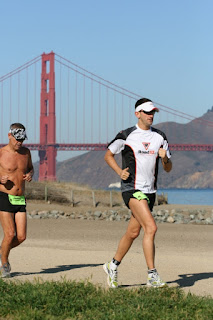 3. Rest, but not for too long. There is a fairly good chance you are not going to win. So, plan ahead with not only a running strategy (your desired pace and possible goal distance) but also a resting strategy. In addition, you would be surprised what five minutes in a chair does to help you recuperate. Heck, you may actually win because of that break. I know I have.

Depending on the terrain, the size of the loops or the course, there are so many other things to learn.
Find the race that best suits what you like to do because you are going to be doing it for hours. You can also start a new category. Instead of setting a new personal best, you can set a new personal long.

Nothing wrong with doing something brand new and getting rewarded for it in the process.

I've about 10 days before I run my next timed loop race. 6 hours, mid-July, starting at 6 p.m. I'm not sure it's ever been cooler than 95 degrees or less than 90% humidity at the start, and when the sun finally sets it brings out clouds of bugs. Good times. haha