No, it isn't today.  I thought the day after my birthday was National Running Day as that was what happened last year. I usually miss the day because, well, it falls after my birthday and damn it, that's my day. But the date of this "holiday" is of no matter because while I was going to link a neat running tidbit to it, the fact it is not on the day we have denoted to celebrate running doesn't make it any less neat. (Neat is a weird word.  Don't say it a bunch of times in your head like I just did.) 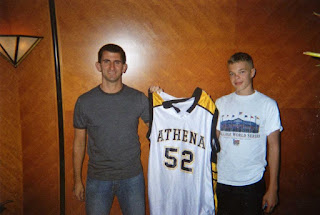 Today was my 159th run of the year. It has no real significance but neither does any number unless we attach meaning to it. For me, the 159th run of the year goes back over a decade to 2006. That year I ran 52 Marathons in 52 Weekends. (Some might be tired of me talking about it but it defined my life and if you don't like me, how miserable is your existence to be reading the words of someone you don't like? I mean, damn, make a friend.) As my goal for that year was to run the marathons as fast as I possibly could, while still not even knowing if my body would hold up, the amount of miles I ran in the year meant little to me. Similarly, the number of runs was inconsequential as well. But the 1771.5 miles I ran that year were done in 159 runs.

In 159 I achieved what I had set out to achieve.  Not only did I accomplish my goal, I ran my fastest marathon of my life (to that point) and first sub-3 hour marathon ever in my 42nd marathon of the year. I would, all told, break my previous PR 5 times and almost break it a handful of others. I never 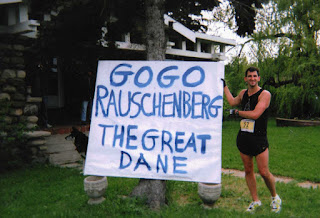 expected to do that, and never thought I would average a 3:21 marathon for all 52 marathons, while working a full-time job as well.

So now, every year, when I hit the 159th run of the year, I pause and reflect. We often put too much emphasis on the miles we run.  I see this constantly with the athletes I coach. One in particular was running an absurd amount of miles per week.  I cut it down by almost half and magically she is crushing her PRs. That said, I am guilty of number-gazing sometimes, too.  For example, I thought it would be nice to run at least 200 miles each month this year.  But as May was coming to a close I saw that it would be tight. As I tend to enjoy running something long on my birthday I figured I could make up the mileage necessary to keep the goal alive. Then I realized that there was no need to do that. Shoehorning a few extra miles into the month would not help me accomplish what I wanted. In fact, as it has been so warm in Austin recently, it might be far more detrimental to all I want to do. 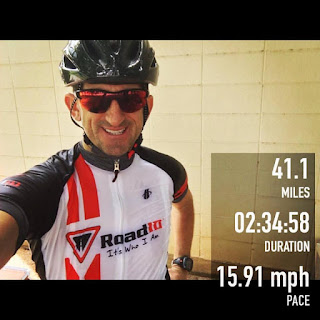 Instead, I went for 41 mile bike ride, the second longest I have ever done. (I know, not that far. But if you remove to two half Ironman triathlons I have done the longest ride I had previously done was 35 miles on my, you guessed it, 35th birthday.)  The ride went off without a hitch, exceeded my expectations for how smoothly it would go and barring a very sore bum, I felt fine when I was done.  Mission accomplished!

I ended up with a measly 177 miles of running in May and couldn't be happier. Well, actually, if I could get my race times down again, I would be happier but with regards to the decisions I made in May, I am pleased. Today, on my 159th run, a little slower because of the heat and with legs a little sore from the bike ride, I enjoyed the day.  In fact, I saw, for the first time in my life, a baby skunk.  Holy crap was it cute. I have never seen a baby skunk in person (in skunk?) before.  I might have picked up the pace to stay away from mommy skunk who had to be nearby, but other than that, I was doing a recovery run.  Today was not about running fast but rather recovering from yesterday.

If there is any thing I wish any newbie runner or old time runner or any runner in between remembers (and this counts for me as well) is that so often in the sport, we should not be counting the miles.

Instead, we should make the miles count.