Surviving Running in the Heat

Summer runnin’, had me a blast!

Okay, most of us don't have much of a blast when it comes to running in the summer. As for racing? Yeah, it takes a special breed to be able to peak on a hot and/or humid day. I’m not that special breed. In fact, I burst into flames like an ant under a magnifying glass when the sun comes out.

It’s no mistake that virtually all of my best marathon times have come when the temperatures were in the 40s or 50s. There have been some extremely notable exceptions where a PR came on a hot day. All that leads me to wonder is how much faster it would have been if the weather had been cooler.

Regardless, because I run so poorly in the heat, and taking it to a treadmill is just not an option for me (I’d commit “runnicide”), I’ve had to learn how to cope. (Edit: As this is my fourth year living in Austin, the treadmill has become a necessity and has proven to be a palatable alternative, surprisingly.)

Ease Off the Throttle

I’ve had many races where I knew I was in shape to run a specific pace but knew the weather wouldn’t even come close to allowing me to do so. Rather than try to muscle through it at the pre-planned pace, bonk in the middle, and crawl to the finish, I slowed my roll. By actively choosing to go at a pace slower than what I was ready to run, I didn’t have the collapse at the finish. Sure, the overall time was not what it could have been, but I didn’t need to visit the ambulance.

The general rule is: Above 55 degrees, for every increase of 10 degrees, marathon pace increases by 1.5 percent to three percent. In other words, there are going to be plenty of training runs and plenty of races in the hot and sticky months where it just isn’t going to be optimum for you to go all-out. Accept that reality and you’ll have a much better day.

You Simply Must Get Fluids 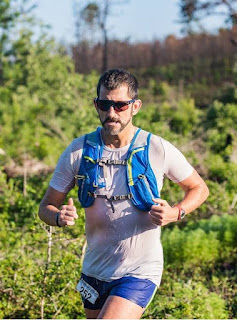 I’m known for being a bit of a camel. If the run is going to be less than 90 minutes, even in hot weather, I barely even think of taking a drink of water before I run, let alone taking water with me. But as the weather changes, so should your plans. I still rarely take water with me, but I know where liquid is available in case I need it. I also know that hydration is something you do before, during, and after the run, if you want the best results. Of course, too much liquid is a problem, too. But don't let the fears of hyponatremia (and the rarity with which it happens) keep you from getting your fluids.

Use the summer to focus on your speedwork. Think about hitting the track. Mixing up workouts is a good thing and, in the summer when it is difficult to run long, going short and fast can be greatly beneficial. This is also the time to try different race distances. The summer allows for many more opportunities of racing a variety of new lengths. Never done an 8K? Hop in and set an instant PR, regardless of the slowdown because of the heat.

Know It All Helps 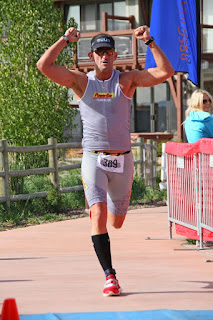 It hurts like the dickens, leaves you crashed on the couch or side of the road, and makes you wish for the icy cold hand of winter. Yet working out in this weather, if done right, will make you a better runner. It’ll make that cool, crisp fall morning where you put on your bib number all the more savory.

Remember that much we do as runners is, or should be, delayed gratification. We put in the hard work and effort when others won't so we can achieve the things others cannot. The sacrifices we make in these not-so-prime months will pay dividends in the future.


If you want that first sub-four-hour marathon or the first sub-20-minute 5K in the Fall, the summer is where those dreams are made.