I knew this year would not be one that was focused on marathons. In fact, half-marathons alone outnumbered fulls 20-14. Throw in my beginnings of a foray into the triathlon world, all while continuing to travel and speak and promote health and fitness, and I am surprised I even got 14 marathons in at all.

Of course, one always hopes to do well when they toe the starting line and in spite of training that really did not point to it, I was hoping for a PR in the marathon distance in 2011.  That didn’t happen.  But in hindsight, 2011 was a very good year for me marathon-wise.

First, I did my first ever back-to-back sub-3 hour marathons. I was surprised I hadn’t done this before, but lo and behold there are still plenty of things for me to achieve in marathoning. Second, in spite of a near Achilles tear that would have sidelined me for quite some time, forcing me to shuffle through a marathon and reconfigure my schedule for the remainder of the year, I averaged the fastest overall marathon time for a calendar year since 2008.

So as the year comes to a close, here is a look back at the marathons I did in 2011. (Full recaps can be accessed by clicking in the name of the race!) 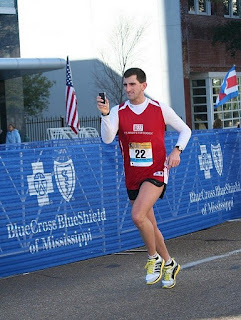 For the third straight year I was honored to be the guest of the MS Blues Marathon in Jackson, MS. In 2009, it had been hot and humid.  In 2010, bitter cold.  2011’s weather was darn near perfect.  Finally starting to get over what had been a horrendous-month long cold, I was just one week removed from winning the 6-hour NYE race in San Francisco.  Funny how one thinks that because the calendar changes the body should be refreshed.  I remember going out at a sub-3 pace for the first 5 miles and knowing there was no way that would continue.

Right before the race I did some stat searching and was shocked I had never done consecutive sub-3s before.  Well, I figured I could not only do that but also try to knock off  “2:57” from the times I have never run previously in a marathon.  I fell off the pace in the last 5k and missed that 2:57 goal but still got a nice 2:58:39 to get the back to back sub-3s. Great way to start the year. 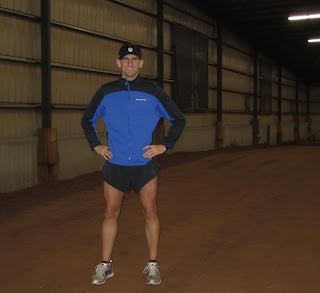 Sometimes the wheels simply fall off and that is what happened to me in the last 10k of this race in Wisconsin.  This unique indoor race had me feeling great and on track to get a sub-3 for the first time in Wisconsin until the body simply shut down like a power station which has had a Buick driven into it. Still to this day don’t know why I completely collapsed like I did.  But it was not pretty.  Super Kudos to my awesome friend, Dani for setting a world record here though!

Finishing time still was my fastest Wisconsin marathon ever in 3:12:54.

When the heat and humidity got a little higher than I would have liked, I cannot tell you how happy I was when one of the guys I was running with split off about mile 22 or so to go do the 50k option of this race.  Nothing makes you feel better more than realizing at least you don’t have to run 5 more miles. 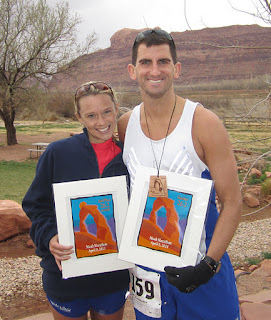 Complete last minute addition when my girlfriend at the time wanted to knock out a marathon in UT. Some of the worst wind I have ever run in my life is what we ran into for the last 8 miles.  I lost some 11 minutes off pace in those final miles alone.  However, the nice thing about weighing 180 lbs is it doesn’t blow you around as much as others and I was able to track down the previous leader and snare my third marathon victory ever in 3:01:59.

Another hot and muggy race left me barely getting another BQ in 3:10:43.  If anything, the fact I somehow came back from the dead with 4 miles left was a little consolation.  Plans to run an additional 9 miles to get 35 miles on my 35th birthday (weekend) were scrapped because of exhaustion, chafing and a misplaced girlfriend. 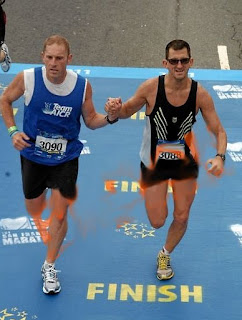 Another tough day at the office as me and my friend Sam Felsenfeld did the Charity Chaser event I helped create at the San Francisco marathon. Weaving and bobbing took its toll and I crashed hard in the final 5k.  Salvaged enough energy to catch up and tie with Sam at the finish in a time of 3:18:17. Ooof that was tough.

Tried to use this race as a barometer for what was going to happen for my PR attempt at St. George Marathon but again had another rough day.  Taking about mile long detour around mile 25 didn’t help. My 3:15:28 would have been a little better and more in line with what I was hoping but that doesn’t help the mindset when things go awry.  Beautiful race but the hill/mountain at mile 20 was a bear.

Feels like I have just written the recaps for some of these marathons and that is because I more or less have. When I knew that this attempt at a PR was not going to happen about 10 miles in, I decided that I should bag it and maybe try to go for it again in a few weeks.  I experienced some slight Achilles pain when I was done but that was to be expected given the downhill nature of the course.  Hobbled across in 3:07:14. 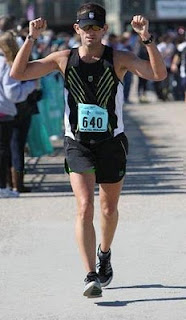 This was the first of two marathons in the same weekend.  Felt I had a legitimate shot at going sub-3 on consecutive days.  Felt great until mile 17 when the Achilles almost brought me to a dead stop.  Went from 6:50s to 9:30s and barely made it to the finish in one piece.  The 3:17:29 hurt my ego as much as it hurt my Achilles.

Standing at the starting line, after ice, massage and more ice, I still didn’t know if it was wise to even attempt to run this race. I knew the halfway point put me right at the starting line so I figured if worst came to worst I could get my first ever DNF in a marathon and live with it.  Fortunately, what started out slow, tiring and sore simply stayed that way for the whole race without getting worst.  One of my proudest achievements in marathoning yet had me crossing in 3:47:07.

My 136th lifetime marathon also brought a lot of trepidation.  I did not know if the month “off” from running marathons (I had dropped one race completely and switched to the half marathon in two others) was enough to heal what had been hurting. In the face of a bone-chilling wind, I was able to not only successfully knock off my first ever Oklahoma marathon but run a respectable 3:07:07 as well. 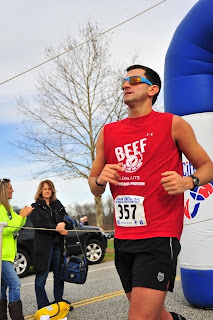 The thanksgiving holiday used to be my favorite holiday. Recently, however, it has taken a turn.  When a very sore throat and some illness popped up just days before this marathon, I was unsure if I would be even racing.  However, I felt good enough the day before the race to run one of the marathons which helped comprise my 52 back in 2006 and held on to another BQ in 3:09:17.

My last marathon of 2011 would also be my 46th state. Not the most difficult course in the world but far from easy.  Having been a St. Jude Hero in the past, this race meant a great deal to me.  I was extremely pleased how I battled through a late bout of the “quits” and picked up some speed at the end.  A 3:06:16 was my final time and I was quite happy to be done. 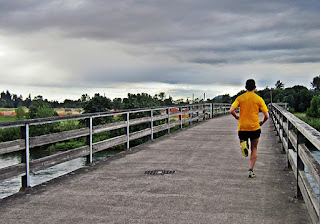