This may be a little stale of a recap as the Outdoor Retailer shoe was a month ago but I have been itching to write an account of some of the products I encountered there.  Plus, as time has passed since i received the products I did at the show I have been able to give them more than a peripheral run-through.  as such, I am able to give a bit more of feedback than usual and be more accurate.  So, yeah, I planned this perfectly, thank you very much. 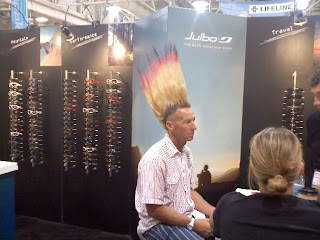 I was at the show as a guest of my sunglasses sponsor, Julbo. I rarely got to speak with my host because their booth was so swamped. At one point, there was quite a line to talk with and get pictures signed with Glen Plake, the very recognizable skier know for not only his talent but his outrageous hair. Nevertheless, it was an honor to be there with such an innovative and forward-thinking company and I cannot wait to see where we go together.

While some of my show-going was cut short because of unforeseebale events, I was able to get around to many of the booths and see the up and coming products of well-known brands.  What I have enjoyed the most at these shows are the smaller companies who are just trying to edge their way into the business or may not have the big market share of other companies.  The following are four of those companies from four distinctly different areas of product. 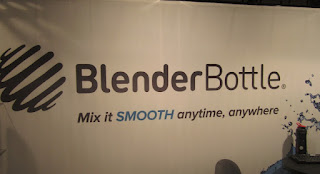 First was Blender Bottle. The coincidence around meeting with this company was that I had just, one week prior, been told by a friend about the product. As I was looking for the perfect way to mix up my FLUID sports drink I was definitely intrigued by this bottle with a spiral ball inside. Over the next few weeks, I found the Blender Bottle was fantastic at mixing up my liquid and dry powder drinks and kept them from clumping together. It is such a simple idea but does the job very effectively. With their sleek new designs for the SportsMixer, for those who care about aesthetics along with functionality, I would highly recommend grabbing one. 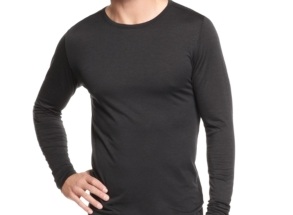 Next was a company called WeatherProof which made waves when it featured President Obama wearing one of their jackets in an ad in 2010. He hadn't exactly posed for the picture but it sure did look like it! the product I tried was a new division called 32 Degrees Heat and it was for base layers of clothing. The shirt definitely felt much warmer than its extreme lightweight would make one think it would. Plus it was just so darn cozy.  I haven't exactly had the winter of all winters here in SLC to test out cold weather gear effectively but 20 degree runs have allowed me to at least see how it would work.  This was one I was rather surprised by. 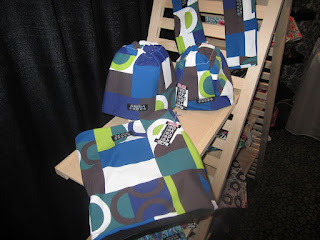 When you have ears that stick out like mine do, products that promise to keep them warm definitely make you take notice.  I spoke with the people at Skida mostly by happenstance. Their products were eye-catching but it just so happened that the owner of the company and I shared a mutual friend.  Before long I found myself with a headband/earwarmer which I got to use the very day I received it.  coming out of the OR show, snow had suddenly fell on the ground after days and days of nothing at all in January. I figured this was a sign I should test the product out right there.  A few miles later, I was impressed how even the chill of the night air had been kept away by the headband. Skida was kind enough to give me a neckwarmer combo to give away to one of my facebook followers and I will be doing that later this week. Functional yet rather fun and flashy, I hope the Skida line goes far.  Good stuff. 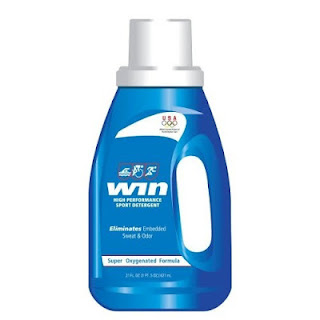 The final product falls under the Dane usually could not care less category. Any girlfriend I have ever had has cringed at my method of clothes washing. This method consists of putting every single thing in the same load, washing it on really hot water temperatures and hoping it eradicates all dirt and odors.  Ironically, I have had very few laundry disasters and for the most part the products have come out just fine. I purchase laundry detergent by the depth-charge size and usually just grab the cheapest brand there is on the shelf in front of me.  So when I was asked to try WIN detergent I wasn't skeptical, I just didn't care. Consider my a convert.  I actually forgot I had used the product until i got my clothes out of the laundry. i noticed they just smelled better.  Given the vast majority of my wash consists of performance apparel stinkily used to the max, this was definitely a plus. Let's here it for WIN!

All told, these products and many more will hopefully be landing on shelves near you soon.  Like a kid at Christmas I walked around the show for hours, pretty pooped at the end. There may be even a few more companies i will be talking about to you real soon.  Stay tuned!
Posted by Dane at 6:33 PM