The above is the title of an article I just read and I concur. 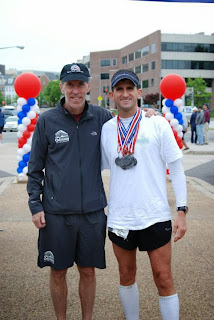 In 2010, I ran the American Odyssey Relay, a 202 mile race from Gettysburg, PA to Washington, D.C. Normally meant for teams of 6-12, I eschewed the relay idea and did it all by myself.  I finished it in just a hair over 50 hours. Sixteen days after that I ran a challenging half marathon, at elevation, into some tough winds and took 3rd overall.

I tell you this because of an article I read in Runner's World magazine online. It is not exactly new (it came out in July) but it is one many may not have seen.  Basically, studies conducted on the 205-mile Tor des Geants in Italy found that the 200 mile finishers damaged their bodies less with smaller amounts of inflammation than runners they looked at who ran 50 and 100 mile races.

This, of course (and please read this) does not take into account/realizes it is impossible to decipher MANY factors. For example, we have no idea which 50 or 100 mile races they were looking at for their sample in comparison. Even so, the same 50 or 100 mile race can have vastly different times from year to year, even for the same runners.  So, acknowledging that there are a great deal of caveats in this, I have to say that "the Tor des Geants athletes’ muscle damage and inflammation levels  (are) “much lower” than control subjects" is not something I am surprised about at all. When the researches attribute this to a slower pace and short cat naps, I have to say I have empirically tried it and proven it works.

To begin, my 100 mile finish of the Graveyard 100 last year left me with a respectable 21:55 finish and 12th place overall. There were also three places (miles 44, 65 and 87) where I stopped for a lengthy period of time and in the most cases, napped. At the end of the race, whilst feeling quite tuckered, I felt not nearly as decimated as one might expect from running 100 miles on pavement. (I also incorporated eating full cheeseburgers and other tactical things which work just peachy for me, but that's another story.) 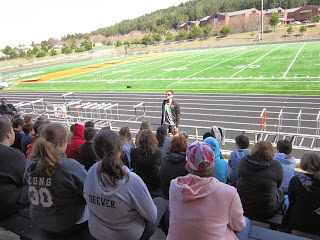 The next weekend I ran a 5k in Georgia, on a course that measured long in a decent time of 19:27. That is hardly a blistering time but remove the extra portions and I went 18:xx on a hilly route just 6 days after finishing a 100 miler. Moreover, the reason I ran the 100 miler the way I did was to prepare for my 350 up the Oregon Coast.

During those 7 days of running along Highway 101, I also fit in hard running, supplemented by small breaks. Even though virtually every day had me doing other duties, like meeting with school kids for speeches or conducting interviews, I was able to get up each day and slog forward at a slower but comfortable pace. All of the above I  the way I did because of knowledge I acquired running the 202 miler.


With no real blueprint training plan out there on how to run 202 miles, I had to invent one.  It was one that constantly changed and had to be manipulated to deal with all the changes that occurred during the run. However, short rests ever 35 miles or so, while acknowledging I would be running at a MUCH slower pace than usual is how I smashed every single expectation I had for myself during the American Odyssey Relay. I took it easy in the beginning, mincing along, especially since the first 1/3 f the race comprised virtually all of the uphill. Then I had more speed and endurance as time went on and was running very quickly when I came out of my rests. Hindsight is 20/20 but all the events I have done since then have shown I utilize breaks very well and come out of them often like a new fresh runner. 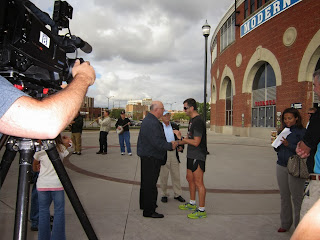 What the article does not address is while there might not be a muscle fatigue as great as in other races of shorter distances, these types of runs can leave one with an empty core. What I mean by that is in the three superultras I have done (the 202, the 350 miles in Oregon and the 165 miles over three days with a marathon to boot at the end Dane to Davenport) while the measurable damage may be less, there is this deep-seated exhaustion which permeates through the whole body for weeks and sometimes months. You might have a body which can handle more than expected but you don't have the energy or desire to do much of anything.

Furthermore, according to the article:

"This shows, the researchers note, “that the amount of neuromuscular fatigue is not necessarily correlated to the difficulty of the event (duration and/or elevation).”

Again, this makes complete sense to me.  It is not necessarily the event itself which caused pain and exhaustion but how hard you attack the course. Which is why whenever well-meaning friends and fans tell me a half-marathon will be nothing for me, given what I have accomplished, I tell them anything will hurt if you run it hard enough. In addition, while many are running multiple marathons in one year, I have been told by those in the know, the reason mine stands out is because I was running at, or faster than, my previous capacity throughout the year. (Evidenced by a new PR in the 42nd weekend of the year.) Like all of the above, I got stronger as the day/week/year went on. 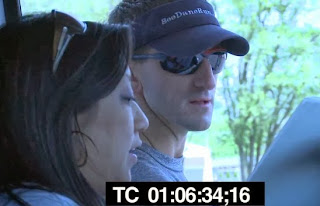 So, obviously, running 200 miles isn't for everyone, but chances are something of a similar, but shorter variety, could be yours if you simply re-evaluate your race pace and learn what your body can handle.

(As an aside, the film about my running of the 202 mile American Odyssey Relay is now available for purchase!)
Posted by Dane at 2:10 AM