(Nowhere in this article am I going to say I think Lance should not be able to run trail or ultra races. Since I am putting this at the top, if you reply otherwise, I know I don't need to respond to you as you already have your opinions set.  Will save us both a lot of time.)

Nearly three years ago I opined about Lance Armstrong and his transgressions. More or less, I felt he seemed like a rather sucky person overall and was the best of the best who were on drugs. Not a good guy and not one whose company I would enjoy but whether he apologized or not had little affect on me. His cheating, and the attitude that it didn't matter, however, affected many, like Lauren Fleshman.

Well, Lance won a trail race this weekend and when it became known a few days before the race he would competing, more than few runners opined. There were some who were of the "he should be castrated" group. There were many more who tried to lay out a cogent argument why he should not be allowed to compete. Then there were many who called those who were passionate but also level-headed against Lance nothing but "haters" and told them to  "move on."  It is this last group that the vast majority of this article is written to.

Get your head out of your ass.

Time and time again the arguments for Lance competing fall into three categories.
1. He helped do a great deal to fight cancer/he had cancer so his aggressive tendencies towards beating it should be forgiven elsewhere.
2. Everyone has problems and should be given a second chance.
3. We are all haters. 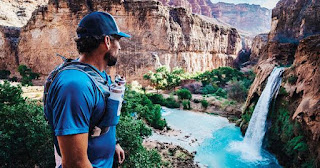 With regards to the first point, no one argues Lance obviously brought a great deal of publicity to the fight against cancer.  However, how much money he actually raised in the end seems to be debatable. But doing good doesn't give you carte blanche to do bad. Nor does it allow you to do purposeful bad, fight like a caged badger against those who try to expose you doing bad, and work your damndest to ruin the lives who dare go against you.

Of course, we all have problems and have things we would not like others to remember.  Whether second chances should be given is a point we are welcome to have logical disagreements about.  But I think we are on Lance's like 47th chance by now, don't you? This wasn't a whoopsie I have a broken tail light driving home on a country road. This was a driving a Hummer through the gift shop of a hospice care home, firing AK-47s, and throwing snarling rabid dogs containing syphilis at elderly people while cackling all the way. Once that was done, backing up to run over anyone still alive. Them lighting the place on fire.

No, we aren't haters. This is the point which drives me the most batty. Time and time again I see people arguing that Lance's actions didn't harm them so who cares. Ignoring the fact that his actions more or less harm us all, can you think of more horrific and myopic world view? "Well, letting that child rapist go free won't bother me as my children are grown!" Or "I live in Kansas, so it is perfectly fine with me if a hurricane destroys New Orleans!"

If you have never been near the top of your profession (be it real estate or plumbing or Olympic sport) the actions of those near the top might not bother you. But when people cheat in sports where there is a rather finite amount of money, attention, and accolades to go around, those who don't get them, but deserve them, can pretty much be screwed.

Heard of Alysia Montaño? Probably not unless you are hard core track fan.  But Alysia finished 5th in the 2012 London Olympics 800 meter when two Russians (who have recently been named in a WADA report about Russian doping allegations) surged passed her. A third doper from another country also passed Alysia. Well, it now looks like she will win an Olympic Medal because of these athletes being banned. At the very least, Montaño was denied the opportunity to stand on a medal stand, hear her national anthem be played, and feel good for her hard work.  At the worst, she lost money, prestige, a small bit of fame, and an entire life's worth of ongoing sponsorships, partnerships and the like which would have come from winning an Olympic medal.

The same thing stands true for Lance in this situation. Those who are of the "doesn't affect me" attitude are going against the same supposed tight-knit connection that trail and ultra-runners are supposed to have. If something egregiously bad is happening to your trail running BFF, isn't it supposed to also affect you?  Well, as I argued in my article about the fact that trailrunning and untrarunning is no more "pure" than any other sport, it seems to come down to whether you personally are affected. If not, throw your shoulders up and ¯\_(ツ)_/¯.

Well, that's horrible and shame on you. Trail runners and ultrarunners who can make a living on their winnings are few and far between. But they exist. If you don't care about someone unscrupulously taking away their earning power, you are not much better than Lance systematically trying to destroy the lives of those who wanted to point out his doping regimen.

"He'd beat me either way!"
"I don't care about his past."
"Haaaa, I love seeing Lance get the haters blood pressure up. Go Lance!"

None of these people are even remotely close to understanding the problem. Forgiveness and redemption are ingrained in the American Comeback Story. I understand that. I am also not saying that Lance shouldn't be able to run. But the laissez-faire attitude toward those who could lose just the smallest window of opportunity to cash in on their talent is callous and short-sighted. Holding this opinion shows you don't think before you talk or you are incapable of hearing the impassioned pleas of those who will indeed be hurt by the cheater's actions and your attitude. I am not exactly sure which is worse.

But I do know you are wrong. It does affect you. If you are a person who competes, in any capacity, those who do so against the rules making it harder for you to do so legitimately. The ramifications of their actions might not seem to directly have an impact, but sooner or later, the trickle down effect of their dishonesty, cheating, and lack of morals will come home to roost. Just don't turn to those who you didn't care about for sympathy.

They might say your loss doesn't bother them.
Posted by Dane at 2:12 AM

Good stuff. Thanks for collecting your thoughts and sharing. There's no doubt that Armstrong and a generation of cheats stole the limelight from other cyclists with equal physical abilities and a stronger ethical compass. Read about Patrick McCarty: http://nypost.com/2013/01/31/former-armstrong-teammate-mccarty-was-shunned-for-not-doping/

Should we forgive Armstrong? That's a good question and one that I struggle with, and one that would come to the fore if Armstrong asked for forgiveness. But as far as I know, he hasn't, responding instead with the typical, "Well, everyone else was doing it" arguments. Well that's not true; Patrick McCarty wasn't doing it and that's why nobody knows who he is.

The long term benefits of doping are not established and Lance might have lost that two minutes for his win this weekend had he not doped so hard in the past. Being a former elite having won nail biter races this makes me uncomfortable to say the least I'd have to race this guy.
He also takes all the limelight for just showing up, based on his lying, manipulation, and canivery. This detracts enormously from this trying to make a living. I'd be saying, crap, here's Lance shaping up and whether its first place or fiftieth or DNF he's negatively impacted my ability to make a living. The right thing for him to do is tool around the Aspen trails in his own and consider why he has his lifetime ban.

Very concise argument! I wasn't as much concerned until I saw what an arrogant asshole he is! Him destroying the other competitors who dared to point out his doping, even though he was, in fact doing it, was just unforgivable. He's a great competitor and athlete, so I don't see him being banned from trail racing. but...

Should people just go out to write rules to ban Lance, or should rules be written and enforced in major races to apply to all the entrants? Most trail ultras are run by a local club, organization or RD, and as such, have their own rules for entry. If a person doesn't want to run with a particular entry, they are not obligated to run. Until a national or global body takes over ultra trail races, there will be many races with their own rules of entry, select the races you wish to race, if you don't like the entrants, skip the race. I still like the autonomy of local ultra trail races.

Bravo Dane. He and anyone else who has CHOSEN to use PEDS should lose their rights to compete. It's pretty simple.

Thank goodness somebody sees the light about Herr Armstrong.

One comment -- leaving aside the humor, this is what happened in Vail last December: he was drunk, crashed his SUV, then concocted the story with his partner Anna Hansen that *she* had been driving. The lie eventually came out.

This man illegally ingested EPO, HGH, corticoids, etc. for years, lied thousands of time, creating a massive fraud. And now, just because he says he is clean, people should believe him????

Throw in the bribing of/influence over the UCI, bullying of teammates and others to use drugs, blackmailing/subverting others to lie for him -- why would anyone want this person within 1,000 miles of their event?