How Far is this Marathon?

It matters not whether you are talking about a 5k, 15k, 50k or fill-in-the-blank- K, when mentioning an upcoming race, you will run into someone who feels any sort of long-distance running is “crazy” and they only run “if someone is chasing me!” HA HA. 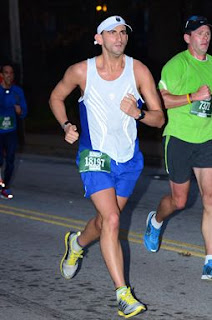 Dealing with comments from non-runners is part of the task of being a runner. I will say, however, at least today we no longer need to cope with complete ignorance to our sport, cars swerving to hit us “lunatics” out on the road (not too often, at least) and sundry other horrific things those who ran before us had to deal with just a few decades ago. However, with the proliferation of the way we share information, social networking sites and the internet in general, we have to deal with a greater expanse of low-level running ignorance on a daily basis. It's fine: we all had to learn somewhere.

As such, here is a list of phrases which, if you ever hear someone mutter, I am giving you full permission to roll your eyes and shake your head.  Better yet, just use one of these handy retorts.

•    Any and ALL references to Forrest Gump.  – Yes, we get it. A fictional character ran a whole bunch. How about you learn the name of an actual runner and call me that? Even mockingly would be better!


•    Running is bad for your knees – Actually, no it is not.  But that creamed-filled donut most assuredly is bad for your health. Worst case scenario for me? I limp. You? Death from a massive coronary.

•    There simply isn’t enough time in the day for me to run. – Yes, fortunately, I live on that alternate planet which has more hours in its day than yours. 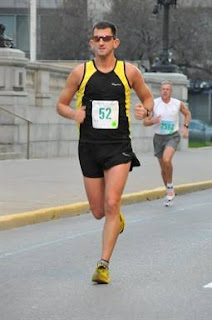 
•    That’s just crazy.  – Sitting at home, wasting away, creating a society of overweight adults and subsequently overweight children, making our medical bills skyrocket and health insurance impossible to afford for many as a result, while at the same time using more and more of the precious resources this planet has on it to continue to feed overindulgent eating and drinking habits, which in turn contribute to a weakening economy, pollution, climate change, and decimating our own immune systems is, in my humble opinion, “crazy.” By comparison, going for a jog seems pretty damn sane.

Then again, be thankful for the non-runners.

Without them, our faster friends would have no choice but to make fun of us instead.
Posted by Dane at 9:00 AM

Love all of the responses, Dane. Thank you for the smile!

Yeah, I may just use a couple of those with certain "crazy" people. :)

Fun. Thanks for the laugh.

I enjoy occasionally (ok, quite often) looking at the "Traffic Sources" for how people find my blog.

My favorite ever search query was:

Hello, McFly! The name of the race is usually how far it is!

Haha! Love it! Read it as I was stuffing my face with bacon and french toast here at work! :). Keep up the great running + articles Dane!

Like it! Just happens that some relatives made the Forrest Bump comment last weekend. I guess I will take that over a Dustin Hoffman Marathon Man comment.

These are the best!

When I was training to run the Hood to Coast Relay last year I got sooo many comments from people who said things like "WHY would you want to do that? That sounds awful!" My response: then don't do it. :)

Anyone who has the endurance to run and keep on running has alot of respect in my book. I am not a runner nor a walker but respect the highways and the roads when I pass them up.. Keep up the good work and continue to make us non runners and walkers proud to see you achieve a goal or goals..Stay safe and don't forget to drink your water..

AMEN! Your timing with this one is perfect.

I laugh because it's true.

Luv it... People who don't run or exercise for that matter AND eat unhealthy are difinitely a drain on themselves and society. I say, their crazy, not us.

Just did a olympic tri last weekend and sat afterwards discussing the race with my teammates. Our non-runner friends there kept saying we were crazy, and that they were sleeping in the cool AC while we were sweating our race...great for you, lazyasses, now hush while I analyze my nutrition, race pace, and tan lines!

Every year when the Cooper River Bridge Run approaches, people (who see me running often) ask me if i'm training for that run. As if there couldn't possibly be any other reason why I'm running? No. Just, No. I stay far far far away from that side of town during that weekend!!!