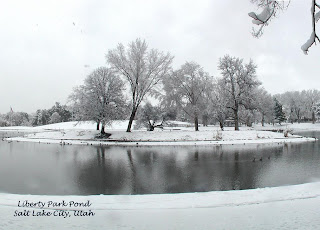 That was my Christmas present.  Walk on, Henry!
Posted by Dane at 2:08 PM

That's a great present, Dane! Cheers to Henry, and many more encounters for the two of you. I hope you get to interview him soon.

Merry Christmas!! Your friends love you and wish you a happy day, even if it's not the way you'd planned. :)

Nothing is better than a surprise from an old friend you haven't seen in a while. And being from not too far outside of Philadelphia (in Jersey), I would have been very happy to see a person with the last name of McNabb (though my usual runs do take me through his neighborhood). But getting to see a special friend on Christmas, when by yourself, must have been a special treat!

What is the 204 miles run that you are doing?