One week until American Odyssey Relay

Back in October I announced my next big running goal - running the 202 American Odyssey Relay solo. It seemed like a good idea at the time, safely 6 months into the future.  Just one week away, it still seems like a good idea, just one that most assuredly is going to hurt. A lot. 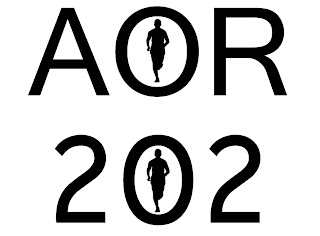 Unlike many people I have no problem sharing my goals and ideas out loud.  I know many like to keep their "a" goals secret and many even keep races secret from friends, preferring to run without the pressure of having others know what they wish to do or are in the middle of doing. Personally, I do not mind the pressure.  Sure it stinks when you have to tell friends you had to DNF a 50 miler, or drop down from a 100 mile attempt to finishing the 50 mile option instead, but then there are times when you bounce back and win a 50 mile race unexpectedly that make it all worth it. To me there is no pressure, no criticism, and no anonymous jackass emails that can come even close to the high standard I hold for myself.


All of these races have led to this point.  I have been dealing with a slight leg problem since that 50 mile win and my miles are much lower than I would have hoped they would be in preparation for this race.  But perhaps that is a blessing in disguise.  Back on New Year's Eve, when I ran for 6 hours around a 1.5 mile loop, I experienced quite a great deal of what I think I will feel out there on the roads from Gettysburg to Washington DC.  I have experienced the ultimate in both highs and lows in ultras just in the first few months of 2010.  I have been traveling virtually every weekend of this year, racing,speaking and planning for this event.  I probably am more tired now than I was when I was running a marathon every weekend back in 2006.  So, I think I am ready.  Or as ready as I can be.

As I head to Boston tonight to do a book signing at the Boston Marathon expo and hopefully watch Americans win Boston for the first time in decades, I have to also pack for my 202 miler.  You see, I am heading directly to DC to put in the final preparations of planning after this weekend.  Because, if it is not enough to run 202 miles, I guess I decided it would be fun to try to do 99% of the planning of putting together a crew and making sure they are all in the right place at the right time as well.

So one week from now, I will already be underway on my goal - to more or less run 100 mile days back-to-back.  Can I do it?  I have no idea.  But I did not know if I could run 52 consecutive weekly Marathons either before I did it.

You got it Dane--keep one foot moving in front of the other brother!

Dane -- We met on the plane home from St. Louis this past weekend. When you told me the GO! St. Louis Marathon was your last training run for a 202-mile Ultra I thought maybe I'd met a crazy man. The more I read about your previous accomplishments the more I think I met a crazy man! I will be following you on Twitter in the AOR 202. See Dane run. Run, Dane, run!