The running world lost someone special a few days ago.

James A. Fortner, Jr., known as "Jim2" to many, passed away due to cancer.  I just found out yesterday. 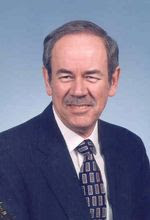 I had never met Jim. Neither did many whom he provided a great deal of information to.  That nonetheless does not mean these people won't miss it.  Heck, half of the comments on his obituary page start with something akin to "I've never met Jim..." and end with "but he helped me so much."

By the time I virtually met Jim, I was dozens and dozens of marathons into my running career.  He was still able to provide me with a great deal of sage advice, endless data, and helpful tidbits.  I once asked him (off the cuff), if he had any way of figuring out how many people ran faster than my current PR of 2:49:36 in the year I ran it (2009).  Before I knew it, I received an email with an attached spreadsheet that had 110 of the fastest marathons run in 2009 with total number of finishers and total number of runners under my PR, cross-sectioned not columns with a "with Boston" and "without Boston" total.  First of all, I have no idea how much time he spent on that.  Second of all, it went above and beyond the call of duty.  He could have just said: "about 1,000" and I would have been happy.  But that was not Jim's way. (FYI, it was 1295 including Boston; 885 without.)

As is evidenced by Jim's running page, he had a lot of info to share with a lot of studies and stats to back it up. if you have not had a chance to look at his page, and you run, I would highly suggest you do so.  A no-frills cornucopia of info, there is something there for every runner.

Please also take time to sign Jim's obituary guestbook.  Obviously it does nothing for Jim, but I am sure his loved ones enjoy hearing how many people he helped.

You will be missed, Jim. Hope you are setting new PRs wherever you are.
Posted by Dane at 12:07 AM

Great blog entry-I had to say something about Jim on my own blog as he's helped me directly and indirectly to get where I am today. A true class act as a man, and a great contributor to our sport.

Unfortunately, I just saw this posting a few minutes ago. I'm Jim Fortner's sister, Brenda. Every so often I Google his name to see what I can find, and this time this blog popped up first. Thank you so much to everyone who have posted comments to a myriad blogs, etc. since Jim (G.G. to his family) passed away. You've made it ever so much easier to come to terms with his death. He, along with our brother Leo, was my big brother, my teacher and my friend. I'm glad to see he continued to teach and lead others in the running world. He will be greatly missed. Thank you, again. Brenda Perlman